It's not a bad trip: Mushrooms may be "talking" to each other, new study finds 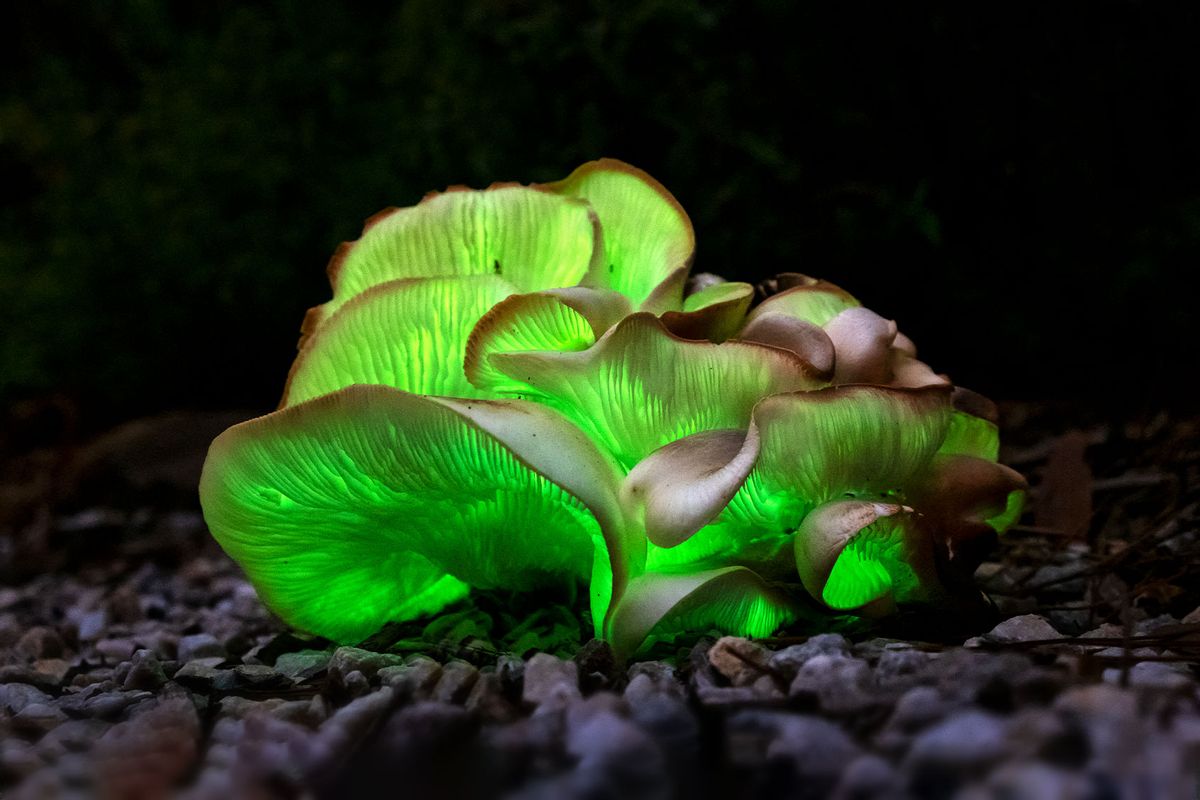 Animals, not plants, are typically known for their ability to communicate directly. But what about fungi? Though they are plant-like, fungi are actually more closely related to animals. And, it turns out, like animals, they may actually communicate — at least according to the studies of one scientists whose research suggests the possibility of "fungal languages."

Computer scientist Andrew Adamatzky, of the Unconventional Computing Laboratory at the University of the West of England, Bristol, used sub-dermal needle electrodes to record electrical impulses from ghost, enoki, split gill, and caterpillar fungi. In darkness and humidity, fungi sat in the laboratory for days, all the while electrical charges fired along thin, thread-like structures smaller than 30 micrometers in diameter called hyphae.

The Royal Society published his findings reconstructing a potential language syntax in the form of electrical signals between fungi. The idea that a seemingly inanimate fungi could communicate through electricity is sending shocks through human communicative channels as well.

RELATED: Orangutans have their own "dialects," just like us

"We do not know if there is a direct relationship between spiking patterns in fungi and human speech. Possibly not," Adamatzky told the Guardian. "On the other hand, there are many similarities in information processing in living substrates of different classes, families and species. I was just curious to compare."

Rather than suggest that these signals constitute language, the study analyzed the complexity of their structure as compared to European languages and looked for differences similar to "dialects" between species. What Adamatzky found was a striking structural similarity between these languages and fungal electrical signals.

Mushrooms, which feed on decomposing living matter, often pique a certain morbid curiosity in humans. Providing anything from sustenance and natural remedies to hallucinations, death, or both, the fleshy structures we consume are merely the surface protrusions of vastly more expansive organisms that live, web-like, underground. Mushrooms themselves are simply a fruiting body intended to eject spores.

Adamatzky's observations revealed complex patterns of electrical spikes that could constitute a "fungal lexicon" of "up to 50 words." Spikes appear in groupings Adamatzky classified as words and sentences for the purpose of comparison to human language, but insights into their significance remain unknown.

"Human exceptionalism with regard to language was already countered by bees and ants and plants," Adamatzky told Salon. "I bet all creatures have their own language. Following Chomsky's universal grammar, we could probably discover in future that all living creatures have similar underlying grammars."

Some mycologists were hesitant to use the word "language" when referring to the signals moving between fungi.

"Though interesting, the interpretation as language seems somewhat overenthusiastic, and would require far more research and testing of critical hypotheses before we see 'Fungus' on Google Translate," University of Exeter mycologist Dan Bebber told the New York Post.

The phenomenon could just as well stem from activation via external stimuli such as food sources, according to Bebber, who has previously co-authored reports regarding such electrical impulses. These have never been shown to meet the technical definition of language in the sense of human language, nor did Adamatzky suggest they did.

What constitutes language is unfortunately mired in anthropocentrism.

"Human exceptionalism with regard to language was already countered by bees and ants and plants," Adamatzky told Salon. "I bet all creatures have their own language. Following Chomsky's universal grammar, we could probably discover in future that all living creatures have similar underlying grammars."

Almost all organisms produce electrical impulses, even those lacking a nervous system, and those that do not generally produce other types of signals. The parameters with which psychologists categorize language generally emphasize adaptability and an ability to go beyond impulses. This distinguishes simple communication from natural language.

Having founded the Unconventional Computing Lab in 2001 at the University of West England, Bristol, Adamatzky uses a definition of artificial language, which the American Psychological Association differentiates from natural language.

"From a computer science point of view all living creatures are automata (finite state machines)," Adamatzky said. "They take a finite number of states, and their next state depends on its current state. The automaton behavior can be characterized by a formal language. One of my goals was to discover a formal language of fungal automata by analyzing electrical activity of living fungi."