"More human than we thought": Orangutans have their own "dialects," just like us

More surprisingly, researchers could even distinguish between a rural and a city-slicker orangutan accent 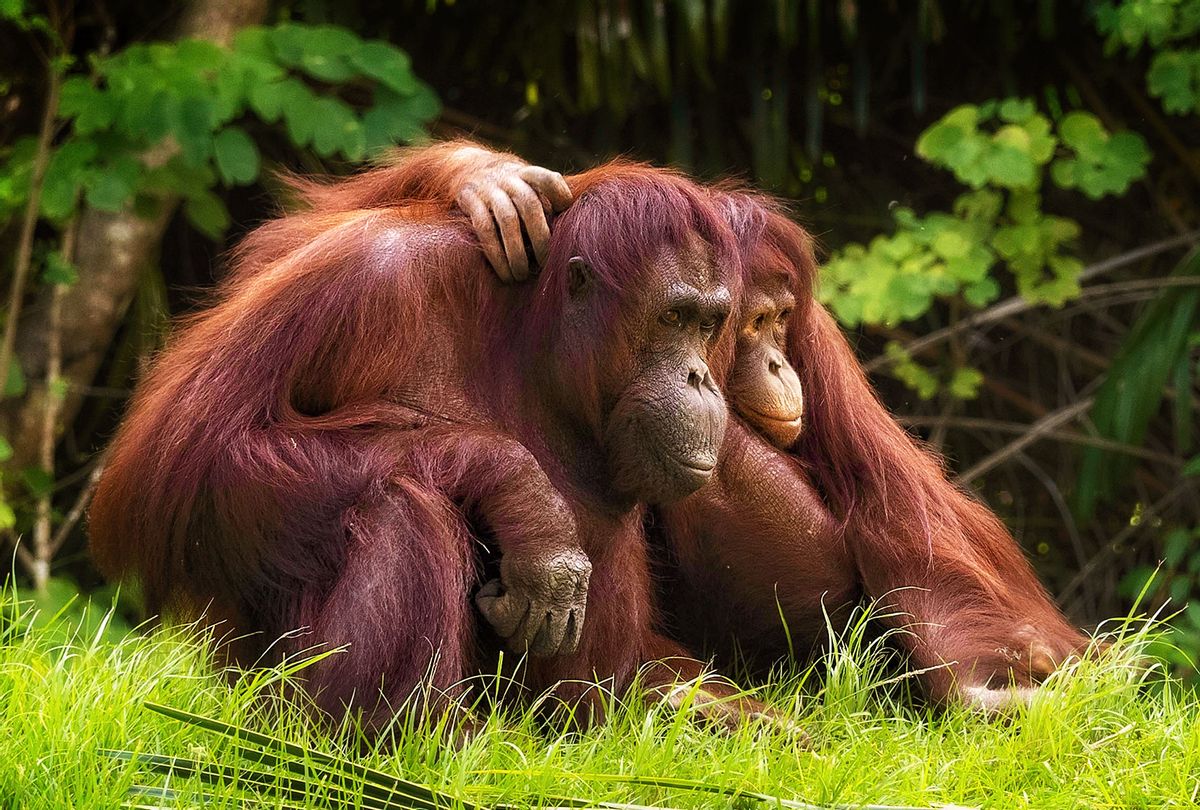 Perhaps via word association or inundation in popular culture, orangutans are synonymous with their recognizably reddish-orange fur. But the "orang" sound in their name has nothing to do with their distinct coloration: the name orangutan means "person of the forest" in the Malay language. The moniker may be more accurate than we knew.

"They're extremely intelligent, they're very similar to us, they have cultures, they have prototypical behaviors that are assumed to be precursive of language," Dr. Adriano Lameira told Salon.

One of our closest living relatives, orangutans share 96.4% of their genes with humans. These critically endangered great apes also share a similar knack for communication. Indeed, orangutans, like other great apes, have long been known to exhibit high levels of cognitive functioning. They can recall and convey information about the past or the future to others, despite their solitary nature.

Now, scientists have demonstrated that social dynamics play a role in verbal communication among orangutans. The results discredit a widely held view that orangutans are pre-wired to produce vocalizations instinctually. What they found was that orangutan communication style depends on social influence, and is startlingly similar to human expression.

Related: The Bornean orangutan population has fallen by nearly 150,000 in just 16 years

Intriguingly, orangutans that lived in densely populated areas expressed more individuality in their verbal communication style. Lameira compared the effect to the variety of fashion choices in a city.

"Like us, when great apes are exposed to different social settings, this molds how they communicate — which is basically what happens when a person is learning a new language, as a child or an infant learning the mother tongue or later as an adult learning a second language."

"There seems to be a premium on novelty," he described. "They tend to always search for new variants in the sound space that they can use. They're always picking new combinations and new inflection almost like an expression of individuality to stand out. The thing is that everyone is doing that, so the shared repertoire between all individuals is actually very small because everyone is always trying to be novel."

He described it as "a bit of a cacophony." Those orangutans living in isolation were more likely to revert to familiar vocalizations, like old friends falling back on familiar phrases or inside jokes. More complex repertoires also emerged in conjunction with isolation.

"Like us, when great apes are exposed to different social settings, this molds how they communicate — which is basically what happens when a person is learning a new language, as a child or an infant learning the mother tongue or later as an adult learning a second language," Lameira continued.

However, Lameira cautiously avoided describing verbal skills of orangutans or other great apes as a "language." Still, his team's findings, published in Nature, suggest humans are not alone in our capacity for language development. We just got there first.

Studying great apes is the key to understanding the origin of humanity's linguistic abilities. Traditionally-held hypotheses assert that short of divine intervention some massive genetic jackpot led humanity to dramatically leapfrog over other hominids. Lameira explained that a growing body of evidence, including this report, shows a gradual transition.

"We like to enjoy ourselves on a pedestal above the rest of the animal world, but it creates a puzzle because then we have no idea of how our capacity for language, which was transformative, came to be," Lameira elaborated. "The only chances that this traditional idea leaves us is that there was a huge jump, very sudden, almost random, unpredictable."

The report goes so far as to offer support for rights of great apes akin to those held sacrosanct for humans. Indeed, Lameira added that these findings go further than simply explaining human evolution. They should be a call for a greater level of respect for what is simply another branch in the same evolutionary lineage.

"There's not much that differs us from these animals," he asserted. "If they are open to social influence as we are, then either they are a little bit more human than we thought, or we are a bit more ape than we would like to admit."

The dire conditions of orangutans and other great apes in the wild are a testament to a failure of human stewardship of our planet, much to the contrary of the human superiority complex. Their very existence is in question as a direct result of humanity. Deforestation, hunting, and illegal wildlife trade contribute to their dwindling numbers. Fewer than 120,000 orangutans remain in the wild with a range limited to the rainforests of Borneo and Sumatra, according to the World Wildlife Fund.