XE may be more contagious than BA.2 — but its spike protein isn't different. Here's why that's a good thing 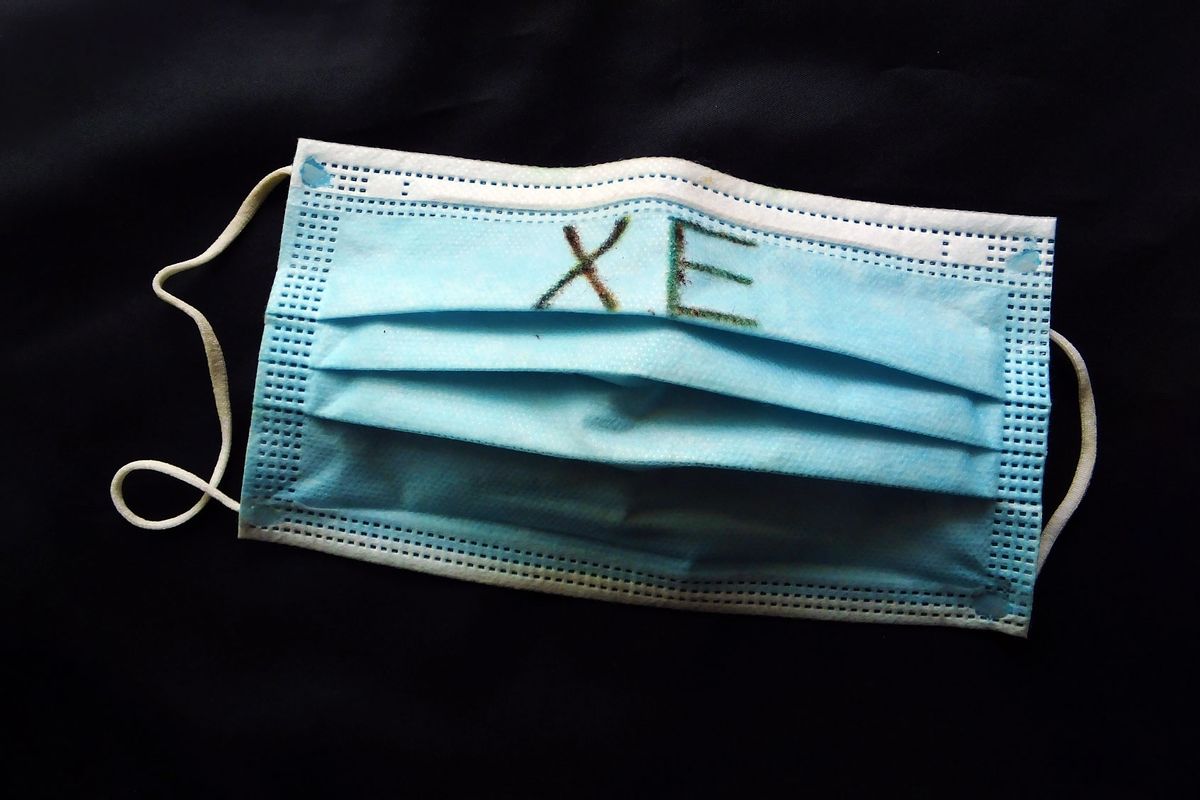 A mask with the word XE mutated virus written on it in Yichang, Hubei province, April 2, 2022. (Costfoto/Future Publishing via Getty Images)
--

At the beginning of this year, the extremely contagious BA.1 variant (also known as the omicron variant) set an astonishing record: scientists believed it was likely the most contagious virus ever, surpassing even measles.

But while contagiousness is certainly an alarming trait for a viral mutation, scientists warn that the worst possible mutation would be the emergence of a new variant that was both contagious and more inclined to cause severe disease. Luckily, BA.1 and BA.2 don't fit that bill. Indeed, while BA.2, according to the U.S. Centers for Disease Control and Prevention (CDC), caused 86 percent of new COVID-19 cases in the U.S. last week, hospitalizations remain quite low.

But just as public health experts seemed to get a grip on the situation with BA.1 and BA.2, a newer, odder variant has emerged. It's called XE, it's a hybrid between BA.1 and BA.2, and it's extremely transmissible. Could this pose a renewed threat to global public health?

Salon spoke to experts about what we know so far about this new variant and the threat that it poses. Crucially, XE seems to have one key deficiency that will prevent it from attaining that secret sauce that makes variants more dangerous.

XE is on the rise in the United Kingdom

According to recent data from the U.K. Health Security Agency, 1,125 cases of XE have been identified in the country as of April. That number is about 50 percent more than what public health officials identified a week prior on March 25. The variant was first identified on January 19, 2022 in the United Kingdom. XE has since been detected in Thailand, India, Israel and most recently, Japan; the U.S. has not yet reported any XE cases yet.

Sriram Subramaniam, a biochemist at the University of British Columbia, told Salon that despite the rise, XE is still relatively low in prevalence in the United Kingdom.

"Given the current high level of transmission worldwide, it is likely that further variants, including recombinants, will continue to emerge."

"It doesn't look like it's taken off in a big way yet," Subramaniam said. "There are some cases in various parts of the world — and it's not just XE, there's XD and XF," he noted, referring to initialisms for subsequently mutated sub-variants.

XE may be more transmissible than BA.2

Yet the U.K. hasn't yet collected enough data to say definitively how contagious XE is. Specifically, UKHSA says "there is currently insufficient evidence to draw conclusions about growth advantage or other properties of this variant."

"This particular recombinant, XE, has shown a variable growth rate and we cannot yet confirm whether it has a true growth advantage," said Professor Susan Hopkins, Chief Medical Advisor of UKHSA in a statement. "So far there is not enough evidence to draw conclusions about transmissibility, severity or vaccine effectiveness."

Yet the World Health Organization (WHO) estimates that XE could be 10 percent more transmissible than BA.2, meaning it will be easier to catch. Still, the WHO states that early estimates require further confirmation.

Subramaniam told Salon that those who are worried may find solace in one particular detail about XE: that the spike protein is "essentially the same" as it is in BA.2. The spike proteins are the tiny, needle-like protrusions that stick out of the SARS-CoV-2 viruses like spines on a sea urchin, frequently caricatured in artists' depictions of coronaviruses. These proteins are key to the virus' ability to invade human cells.

"What it means is that antibodies that bind BA.2 should also be expected to bind XE," Subramaniam said. In other words, spike hasn't mutated any further than it has already, which suggests that mRNA vaccines shouldn't be any less effective against this variant than they were to its relatives.

Recombinant variants are common, and public health experts expect that if XE doesn't take off another one might.

"Given the current high level of transmission worldwide, it is likely that further variants, including recombinants, will continue to emerge," the WHO states. "Recombination is common among coronaviruses and is regarded as an expected mutational event."

"Recombinant variants are not an unusual occurrence, particularly when there are several variants in circulation, and several have been identified over the course of the pandemic to date," Hopkins said. "As with other kinds of variant, most will die off relatively quickly."

Subramaniam said every time there's an infection, there's a chance for a mutation.

"Each time a single virus infects a single cell, there are billions of these experiments going on,"  Subramaniam said. "And if you happen to be infected with more than one variant at any given time, there's a chance that this mixture can happen."

Infectious disease expert Dr. Peter Chin-Hong at the University of California–San Francisco told the Los Angeles Times in an interview that, should XE take off, those who are vaccinated and boosted will have a lower risk than unvaccinated people to be hospitalized. However, this fact should motivate those who are not boosted to get their boosters.

"If XE becomes more prominent in this country, it does add a little bit of fire for people to get boosted overall," Chin-Hong said. "And it adds a little fire, maybe for the oldest people in our population to maybe get their second booster," he continued.