The FDA approves a second booster for those older than 50. Are they preparing for another wave?

The authorization for another booster arrives just as BA.2 becomes the dominant strain in the U.S. 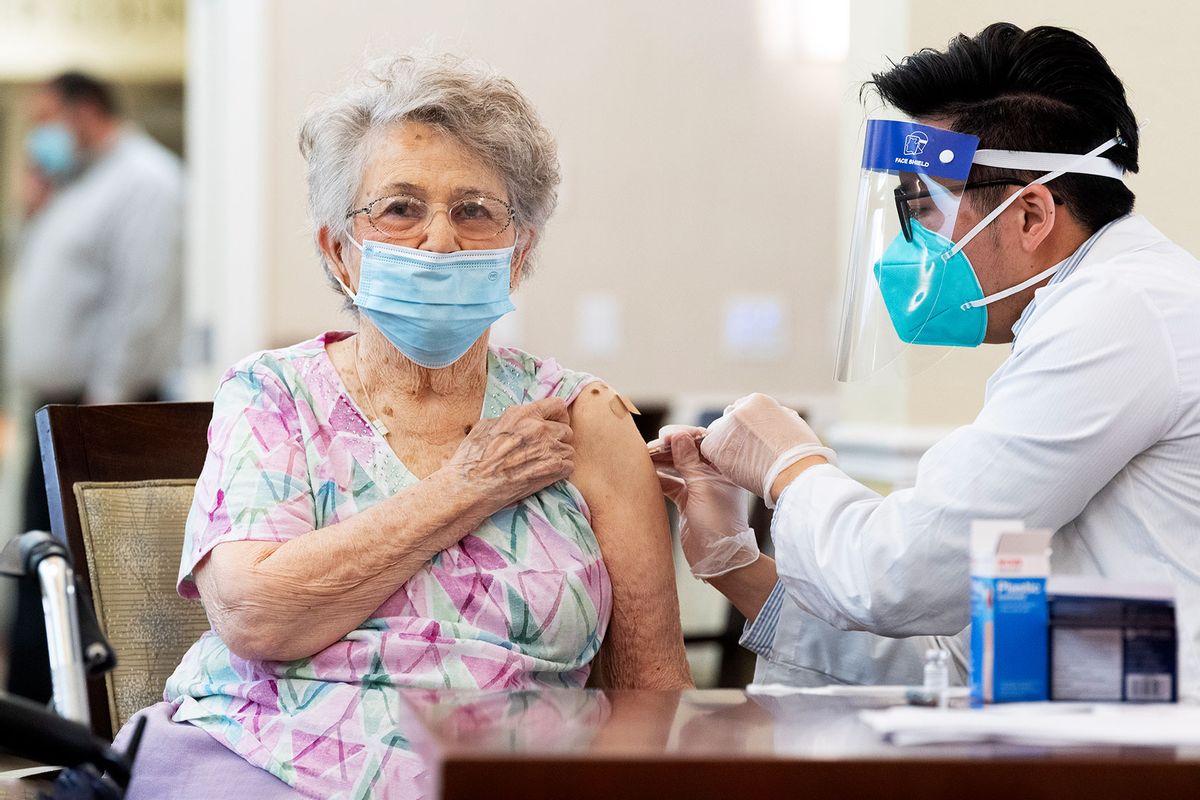 On Tuesday, the Food and Drug Administration authorized emergency use of a second booster shot of the Pfizer-BioNTech and Moderna coronavirus vaccines for people over the age of 50. To qualify, patients must have received their first booster shot at least four months prior.

The news came at a vital moment, the same week that the U.S. Centers for Disease Control and Prevention (CDC) released data showing that BA.2, the more contagious variant of omicron, had surpassed its parent strain to become the dominant coronavirus strain circulating in the United States. Notably, the omicron variant of COVID-19 was already the most contagious virus to have ever existed in a human population in recorded history.

The news of a second booster authorization also comes at a time when some states are closing the doors of their COVID-19 testing sites, while some uninsured patients are being told they can no longer receive COVID-19 tests for free. That's because Congress has yet to pass an emergency aid package to fight the coronavirus, a situation that has raised concerns around availability of antiviral treatments for COVID-19.

Notably, the FDA bypassed a typical procedural discussion facilitated by an FDA advisory committee to reach their decision.

RELATED: Do we all need a fourth booster? Why docs are not convinced — yet

The FDA's emergency use approval for boosters for those over 50 might seem timed to the threat of an imminent BA.2 wave. Indeed, many infectious disease experts are convinced we are on the brink of some sort of surge, as Salon previously reported. In the event that another wave does happen, which some signs point to, older Americans and those who are immunocompromised who aren't vaccinated and boosted will be the most vulnerable, which the FDA says was its reasoning behind the decision.

"Current evidence suggests some waning of protection over time against serious outcomes from COVID-19 in older and immunocompromised individuals," Peter Marks, the director of the FDA's Center for Biologics Evaluation and Research, said in a statement. "Based on an analysis of emerging data, a second booster dose of either the Pfizer-BioNTech or Moderna COVID-19 vaccine could help increase protection levels for these higher-risk individuals."

Most of the data that informed the decision came from Israeli research. A newly released study, which has yet to be peer reviewed, found a significant difference in death rates between people over the age of 60 who received one or two boosters during a 40-day period. Among the 234,868 who had only one booster, 232 people died of Covid; among the 328,597 people who got a second booster, 92 died. The researchers stated the mortality rate "was significantly lower among those who had received an additional booster."

On Tuesday, CDC Director Rochelle Walensky issed a statement in which she said a second booster "is especially important for those 65 and older and those 50 and older with underlying medical conditions that increase their risk for severe disease from COVID-19."

Health experts tell Salon it would have been nice if the FDA held their usual Vaccines and Related Biological Products Advisory Committee (VRBPAC) meeting before making the decision to approve the boosters.

"In older or high-risk individuals fourth doses appear beneficial at preventing severe disease, [but] I do not think younger age groups — apart from those with high risk conditions — benefit much from even third doses," Dr. Amesh Adalja, an infectious disease and critical care medicine doctor, told Salon. "It's also not optimal that the FDA bypassed its advisory group, conveniently avoiding the robust discussion that we all would have benefited from."

Yet Adalja said it wasn't a "major" concern — just that the advisory group convening was preferable.

"I think it would have been nice if they got to VRBPAC, but that being said, I can understand why they may not necessarily have felt an imperative to do that," L.J Tan, chief strategy officer for the Immunization Action Coalition, told Salon. "The reason is, firstly, they're dealing with a vaccine that they now have a lot of experience with — this is a vaccine that has already gone through multiple VRBPAC sessions."

Tan agreed that with BA.2 becoming dominant, there may be a sense of urgency to give people more options to protect themselves.

"I think there's some advocacy with regards to just keeping the U.S. open the way we've all opened up, with mandates and vaccination requirements dropping like flies," Tan said. "I think there's an urgency to push this out there to give people options to protect themselves."

Indeed, the CDC also updated its recommendation for a second booster for certain individuals — but as Tan noted, the endorsement was a "shared clinical decision making" recommendation.

"Essentially what they're saying is that if you are 50 and older, or if you're below the age of 50 and you have a high risk condition, you should talk this over with your physician or your provider and then come to a decision as to whether you should or should not get the fourth dose booster," Tan said. "And I like that because what it does is it says not everyone needs this . . . but there are certain people who [might] want to get this fourth dose."

Dr. Monica Gandhi, infectious disease doctor and professor of medicine at the University of California, San Francisco, told Salon she is concerned that Congress is yet to allocate new emergency aid funding, and fears this will affect the availability of a fourth dose.

"The administration has said we have enough doses for our population [older than] 65 to get a 4th dose but not everyone," Gandhi said via email. "If the 4th dose is opened up to those [older than] 50, I am worried we will run out of doses for those who need it most," such as seniors who have the highest mortality rates from COVID-19.

Gandhi added: "I think those who are immunocompromised or older are the best groups to get boosters shots at this time."

"Although the increase in antibodies from a vaccine boost may only last a short period, around 4 months, according to one CDC study, this boost will be necessary for certain groups to maintain protection against severe disease, including the immunocompromised, older people and those with multiple risk factors," Gandhi said. Yet she said that getting a booster shot every four months wouldn't be a "feasible" public health strategy.

"In terms of 'harms,' beyond the loss of trust,  my only concern is that of original antigenic sin where we keep on training the immune system to respond to the ancestral strain of the virus' spike protein instead of allowing B cells to make adapted antibodies," Gandhi added.