"This additional funding is absolutely vital to stay vigilant," one doctor told Salon 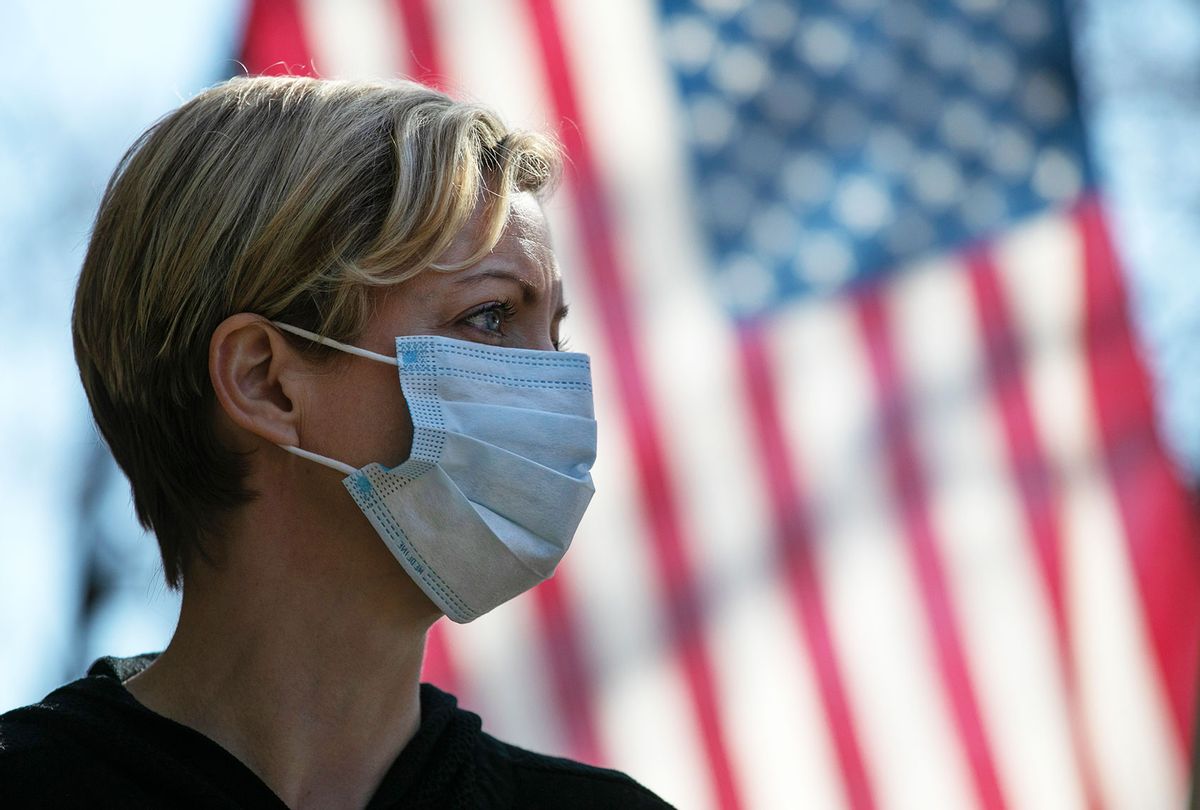 Coronavirus crisis volunteer Rhiannon Navin greets local residents arriving to a food distribution center at the WestCop community center on March 18, 2020 in New Rochelle, New York. New Rochelle has been a hot spot for the COVID-19 pandemic in the U.S. (John Moore/Getty Images)
--

Last week, the House of Representatives passed a $1.5 trillion federal spending bill that included aid for Ukraine — and in turn, cut the package that would fund the government's COVID-19 response effort. Though it might seem the pandemic is winding down (which may prove to be a false hope), a lack of funding from the federal government would have a detrimental effect on the country's COVID-19 response — and infectious disease doctors are becoming increasingly concerned about the prospect of facing another surge without the federal government's support.

The White House is now urging Congress to pass $22.5 billion in additional pandemic funding as the country stares down the possibility of another wave of COVID-19 infections in the coming months. In a letter to lawmakers on Tuesday, Natalie Quillian, deputy coordinator for the White House COVID-19 response team, warned of the dire consequences if funding isn't passed — including the inability to purchase more boosters doses if a fourth dose is needed, as well as making it so the Uninsured Program can no longer accept new claims for testing and treatment. The latter means that providers will have to absorb the costs of testing and treatment themselves, or turn away uninsured people.

According to NPR, Democrats are going to try to pass a standalone COVID-19 funding bill in the coming days, but Republicans oppose the plan. Time is of the essence, as due to a lack of funding, the White House is already forced to cut back shipments of monoclonal antibody treatments — which have been especially helpful in treating those who are immunocompromised — to states by 30 percent next week. The country's supply of treatment could run out as soon as May if funding isn't provided.

Doctors on the ground are worried about what a lack of funding could mean for the next stage of the pandemic, especially as the country faces the possibility of another surge. As Quillian noted in her letter, waiting to provide funding until another surge occurs "will be too late."

"Currently, almost all the medical countermeasures used for COVID-19 — oral antivirals, monoclonal antibodies, diagnostic tests — are available only under emergency use authorization with the government being the exclusive (or almost exclusive) buyer," said Amesh Adalja, an infectious disease and critical care medicine doctor. "There is no commercial market (yet) for the oral antivirals and monoclonal antibodies so if the government has no funds to purchase them."

"There really is no means for people to access them," he continued.

"Without the funding, antivirals will run out, and in those cases, [the] immunocompromised will suffer."

This news arrives at a moment when authorization of a second booster (or a fourth shot for those who got a two-dose vaccine initially) seems increasingly likely. On Tuesday, pharmaceutical giants Pfizer and BioNTech announced they were seeking emergency authorization for a second booster shot of their vaccine for adults 65 and older. Quillian said in her letter that the federal government doesn't have enough funding to purchase enough booster shots for all Americans; however they do have enough doses available for immunocompromised people to get a fourth dose.

Yet the COVID-19 situation could become more acute in the event that a variant-specific booster is needed yet lacks proper funding.

Without funding, the federal government won't be able to maintain its testing capabilities beyond June, or continue research on next-generation vaccines. Experts say testing and vaccine sites are critical to maintain to be prepared for another surge.

"We do need to maintain the testing networks that have been developed in the states so that we can continue testing, and we do need to have vaccines in hand especially if a fourth [shot] is needed,"  L.J Tan, chief strategy officer for the Immunization Action Coalition, told Salon. "And these products are needed regardless of what COVID funding that is already in states."

"Unfortunately, without this designated Congressional funding, the federal government will be unable to provide Evuheld (a monoclonal antibody to protect immunocompromised) to states, purchase more Paxlovid for outpatient treatment, perform further testing during surges or perform wastewater surveillance, or provide vaccines to low-income settings," said Dr. Monica Gandhi, infectious disease doctor and professor of medicine at the University of California, San Francisco. "This additional funding is absolutely vital to stay vigilant in this endemic stage of the virus with surveillance, vaccination and treatment."

According to NPR, Republicans want Democrats to provide a more detailed analysis of exactly how the government spent the roughly $6 trillion in COVID-19. Yet the more time politicians waste arguing over funding, the more that Americans — especially those who are immunocompromised and uninsured — will suffer because of them.

"I think that the most important thing is that the three major buckets of the funding bill are all things that are needed on the ground," Tan said. "For example, antivirals are in short supply and without the funding, antivirals will run out, and in those cases, [the] immunocompromised will suffer."