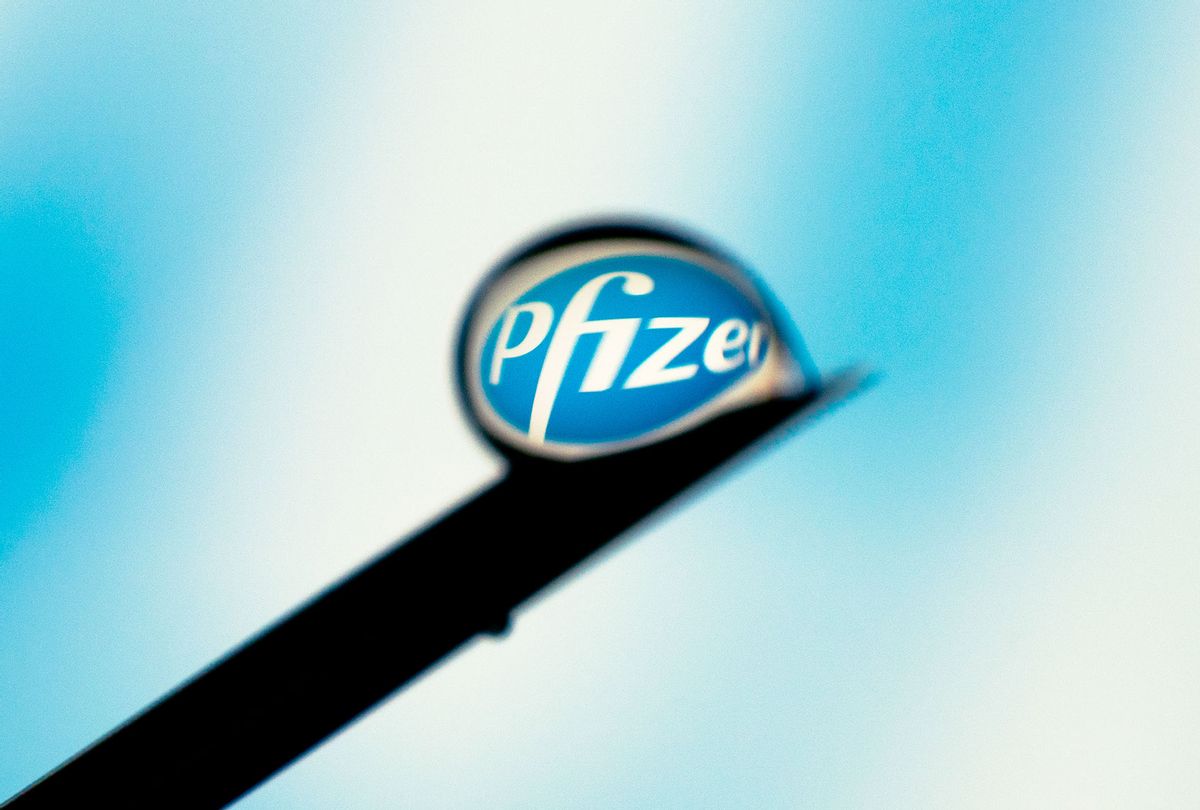 On Monday morning, the Food and Drug Administration (FDA) granted full approval to the Pfizer/BioNTech COVID-19 vaccine. Previously, the highly efficacious two-shot mRNA vaccine was being distributed under what is called "emergency use authorization," a regulatory standard that is different from "full" approval. Full approval of the vaccine, which is now officially named Comirnaty (koe-mir'-na-tee), is a huge milestone, as it is the first COVID-19 vaccine to be fully approved by the FDA in the United States.

"While this and other vaccines have met the FDA's rigorous, scientific standards for emergency use authorization, as the first FDA-approved COVID-19 vaccine, the public can be very confident that this vaccine meets the high standards for safety, effectiveness, and manufacturing quality the FDA requires of an approved product," said Acting FDA Commissioner Janet Woodcock, M.D. "While millions of people have already safely received COVID-19 vaccines, we recognize that for some, the FDA approval of a vaccine may now instill additional confidence to get vaccinated."

As Woodcock said, the FDA previously approved the Pfizer vaccine for emergency use authorization (EUA) for people over the age of 12. The first EUA approval happened on Dec. 11, 2020, for individuals 16 years of age and older. Today, Comirnaty is officially FDA-approved for use in the United States for those 16 and over; adolescents between 12 and 16 can still get the vaccine under the EUA approval, though it has not yet been FDA-approved for those under 16.

The approval arrives at a historical moment in which the rate of COVID-19 vaccination has slowed precipitously in the United States, while the highly transmissible delta variant has become a dominant strain. Following the announcement, President Joe Biden said in a speech that he hopes this news will motivate unvaccinated Americans to get inoculated. He also advised corporate, state and local governments to "require your employees to get vaccinated or face strict requirements."

Official "approval" and "emergency use authorization" — what's the difference?

In short, FDA approval means that at least six months of sufficient data has been rigorously examined by the public health agency to determine a vaccine's safety and efficacy. From a bureaucratic standpoint, "full" approval of any vaccine was impossible to meet earlier because of time requirements and available data.

Importantly, that doesn't mean there wasn't a rigor to attaining an emergency use authorization which also requires specific conditions to be considered. Indeed, EAUs are often granted in situations when "there are no adequate, approved, and available alternatives." That was certainly that case with COVID-19. In other situations, the FDA can grant early access to a vaccine through a process known as expanded access.

On a call with reporters on Monday, Dr. Peter Marks, the FDA's top vaccine regulator, explained in depth the process the FDA followed to approve Comirnaty.

"We are highly rigorous in what we do, and we don't just look at what the summaries of data are, we go down to the level of the individual patients," Marks said. "What took time, is that we actually go and we monitor a percentage of the sites where the clinical trials were conducted in order to make sure that the data that was collected with accuracy, and matches what was submitted to the agency."

Marks said that the agency inspected specific facilities that are manufacturing the Pfizer vaccine.

"We went through [thousands] of patients' data to make sure we looked at adverse events, efficacy data, and we did our own analyses, in addition to the company's analyses, and then we also did benefit risk assessments based on our real world data that has emerged since the vaccine has now been used in hundreds of millions of people globally," Marks added.

Pfizer and BioNTech submitted their request for the full approval on May 7, 2021. Marks said FDA personnel worked day and night to sift through the data and grant approval 97 days later.

What did the data show?

When the FDA first issued an emergency use authorization for the Pfizer-BioNTech COVID-19 vaccine, the agency made the decision based on safety and effectiveness data from a randomized, controlled, blinded ongoing clinical trial of 37,586 individuals.

In order to grant full approval, the FDA reviewed updated data from this same clinical trial which included a longer duration of follow-up and more participants. These varying factors determine that the vaccine is actually 91% effective in preventing COVID-19 — a slight decrease from the 95% effectiveness found during the EUA process.

In the updated data used for full approval, half of the participants were followed for safety outcomes and concerns for four months; 12,000 vaccine recipients were followed for six months. According to this data, the most commonly reported side effects were pain, redness and swelling at the injection site, fatigue, headache, muscle or joint pain, chills, and fever. The FDA conducted an additional analysis in data regarding myocarditis and pericarditis following the vaccine. Investigators observed the risk was higher among males under 40 compared to females and older males; it is highest in males 12 through 17 years of age. Most of the participants were able to resolve their symptoms, but some did require intensive care support.

The research teams still highly advocate for COVID-19 vaccines for this population as the health risks from the virus are far greater than those linked to the vaccine.

The FDA and Centers for Disease Control and Prevention (CDC) will continue to monitor any safety concerns.

"These studies will include an evaluation of long-term outcomes among individuals who develop myocarditis following vaccination with Comirnaty," the FDA stated. "In addition, although not FDA requirements, the company has committed to additional post-marketing safety studies, including conducting a pregnancy registry study to evaluate pregnancy and infant outcomes after receipt of Comirnaty during pregnancy."

What changes now that the Pfizer vaccine is FDA approved?

Official FDA approval does grant some changes that the public will notice. First, the name is different. Second, Pfizer and BioNTech can directly market the shot to consumers now — prepare to possibly see some ads and commercials. The full approval could also push individuals, companies and schools to mandate vaccinations.

A Kaiser Family Foundation survey released in July found that 16 percent of adults surveyed who remained unvaccinated said the vaccine was "too unknown." Officials hope FDA approval will sway a number of vaccine hesitant people to get inoculated. A few individuals explicitly said they wanted full FDA approval before getting vaccinated.

What about the delta variant?

Notably, the data collected and examined by the FDA to authorize full approval happened before the delta variant took hold in the United States.  On Monday, Marks said there is "real world evidence" that suggests that the vaccine is still effective against the delta variant. However, data coming out of Israel suggests "with time, immunity from the vaccine does tend to wane."

"So that's something we'll be following closely, and obviously we'll be leaning into consideration of the thoughts regarding boosters etcetera as we move into the fall," Marks said.

What about children under 12?

Marks said the FDA is still waiting for Pfzier and BioNTech to submit data from their clinical trials of people under the age of 12.

"Currently there are still trials ongoing here, and so the agency has to wait for the company to submit the data from those trials, so that we have a good safety data set because we certainly want to make sure that we get it right in the children ages five through 11 and then, even in younger children after that," Marks said. "And so we will obviously move swiftly once those data are submitted."

As Salon previously reported, late September is the earliest parents of 5 to 11 year olds could expect their children to be eligible for vaccination.