Like Trump, I was on monoclonal antibody drugs. This is what they do to you

Trump fundamentally misunderstands what monoclonal antibodies are, and what they do 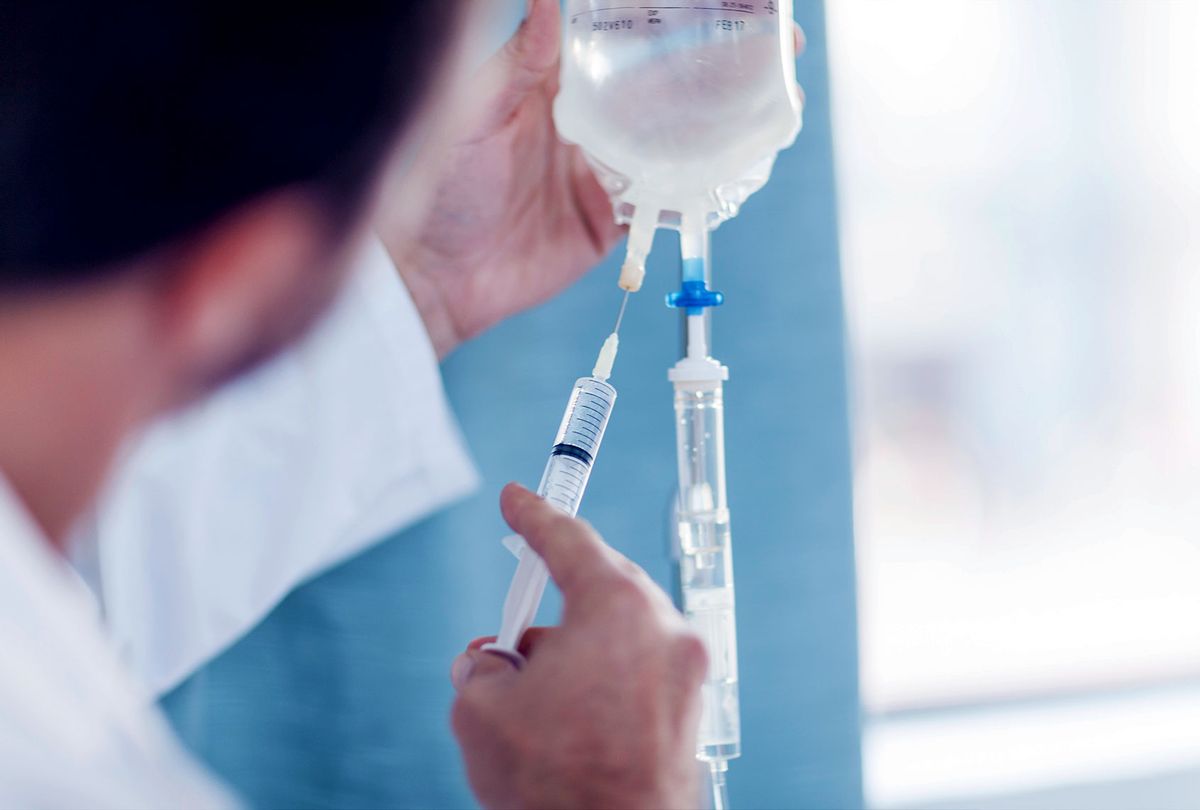 After Donald Trump was hospitalized last week following a positive test for COVID-19, he emerged from Walter Reed with all the "Scarface" energy of one of his sons, declaring that, after "some really great drugs" he felt better than he did twenty years ago. Those drugs include Regeneron's REGN-COV2, a monoclonal antibody cocktail that is not approved by the FDA but was administered through a process known as compassionate use. (Regeneron's CEO, Dr. Leonard S. Schleifer, is also a friend of the Trump family.) Mainstream and social media quickly lit up over Trump's revelations, especially when he declared that the treatment "wasn't just therapeutic, it made me better. I call that a cure."

If you've ever seen television ads for drugs with names like Opdivo (nivolumab) or Keytruda (pembrolizumab), you may notice a common denominator in their nomenclature. That "mab" — usually written as "mAb" — at the end is short for "monoclonal antibodies," antibodies engineered in a lab.

Nine years ago, when I was diagnosed with metastatic melanoma, I got a front row education in how they work when I became one of the first patients in the world in a groundbreaking immunotherapy clinical trial. While I did not have the same condition or treatment that Trump did, I did receive a cocktail of two mAbs and I do feel confident saying that the experience did not give me super strength nor make me feel twenty years younger. In fact, it seems to have been at the root of a thyroid dysfunction that actually aged me! But hey, I'm not a self-proclaimed "perfect physical specimen," like an obese 74 year-old man who is renowned for not eating vegetables would be.

Trump can cavalierly — and surprise, inaccurately — describe his treatments as "miracles coming down from God," but understanding and engineering the human immune system has been the complicated work of decades of research, failed experiments and heartbreak.

You have no doubt heard more about antibodies in the past few months than you have since that long ago high school science class you barely passed. The simplest way to understand them is they're proteins that help the body fight invaders and, significantly, remember them to keep them at bay. When you feel flu-like systems after getting a flu shot, that's the antibodies you've developed doing their thing in there. This is why we get vaccinations, and also why I have only had chicken pox once. When the immune system has confronted certain kinds of threats in the past, it can, like an efficient bouncer, fend them off in the future in most cases.

But antibodies can't fight everything; if they did we'd never get sick. They also aren't an ironclad guarantee of immunity — some people do get chicken pox twice, and plenty more get shingles when the dormant virus wakes up many years later. Trump may boast that "Maybe I'm immune" now to future infection, but there are confirmed cases of patients getting COVID-19 more than once, and the duration of immunity for everyone who's experienced it is still unknown but may not be longer than a year.

And antibodies aren't always the good guys; when they go rogue they can cause a world of harm. Autoimmune disorders like lupus, multiple sclerosis, and rheumatoid arthritis all stem from overactive immune system. Similarly, organ transplant patients are often given immunosuppressants to prevent the body from rejecting the new organ as an invader.

Getting the immune system to effectively go after the right targets in the right way has been a long-standing scientific challenge. That's where these laboratory created antibodies come in. In early oncology research, the thinking was that antibodies could be developed in animals and transferred humans. By the late eighties the process was being refined to create human antibodies in genetically modified rodents, so the risk of rejection would be lessened. As pioneering scientist Nils Lonberg once explained to me, "You don't really want to put a mouse antibody into patients. You want to put a human antibody into patients."

When they work, MaBs can work quickly and durably, because the immune system learns and remembers. But they don't work all the time or for everybody, nor are they casually dispensed. My mAb combo is considered a rousing success; the 5 year survival rate is about 52%. And these therapies can produce vicious side effects as the immune system revs up. I was fortunate in my experience; my rashes, dizziness and fatigue were tolerable, but I had an adverse event where my temperature shot up and I felt like hell for a day. Other people on cancer immunotherapy develop colitis so severe it's debilitating. I've been on panels with doctors who've presented photos of what immunotherapy can do to the human colon, and the phrase "hellmouth" comes to mind.

So far, the side effects for the Regeneron treatment appear to be well tolerated in COVID-19 patients. Late last month, the company reported that with "more than 2,000 people enrolled across the overall REGN-COV2 development program, no unexpected safety findings have been reported." Speaking with MSNBC recently about Trump's recent hospital regimen, company co-founder Dr. George Yancopoulos' said that the cocktail "mimics the normal immune system," and said, "theoretically there should not be any additional interactions with any… other medications with our very natural antibody cocktail than you would normally have with your own antibodies." But the pool of patients is still very small.

We all want a vaccine and we all want a cure. We want to send our kids to school and hug our old friends and go to the movies and, most of all, for people to stop getting sick and dying. The way forward is through smart science and practical, equitable distribution, not empty promises of "miracles." The monoclonal antibody cocktail that saved my life currently has a six figure price tag. As Vox put it two years ago, "The average cost of cancer drugs today is four times the median household income." (Because I was in a clinical trial, the pharmaceutical company paid the costs related to my treatment.) Who's going to pick up the check when and if these types of therapies are available for COVID-19? There have been 7.6 million cases in the US already and that number is currently on an uptick — who will receive treatments that are approved, and how will hospitals handle the influx? What happens to patients who don't golf with the president of the United States?

Monoclonal antibody treatments have saved countless lives over the last several years. Harnessing the human immune system to fight disease and infection is among the most promising scientific breakthroughs of any of our lifetimes. But right now, there is no cure for COVID-19. There is only recovery, hope and a lot more research to be done.