Do we all need a fourth vaccine dose? Why doctors are not convinced — yet

Vaccine-makers are seeking approval for a second booster. Some doctors don’t think the evidence is strong 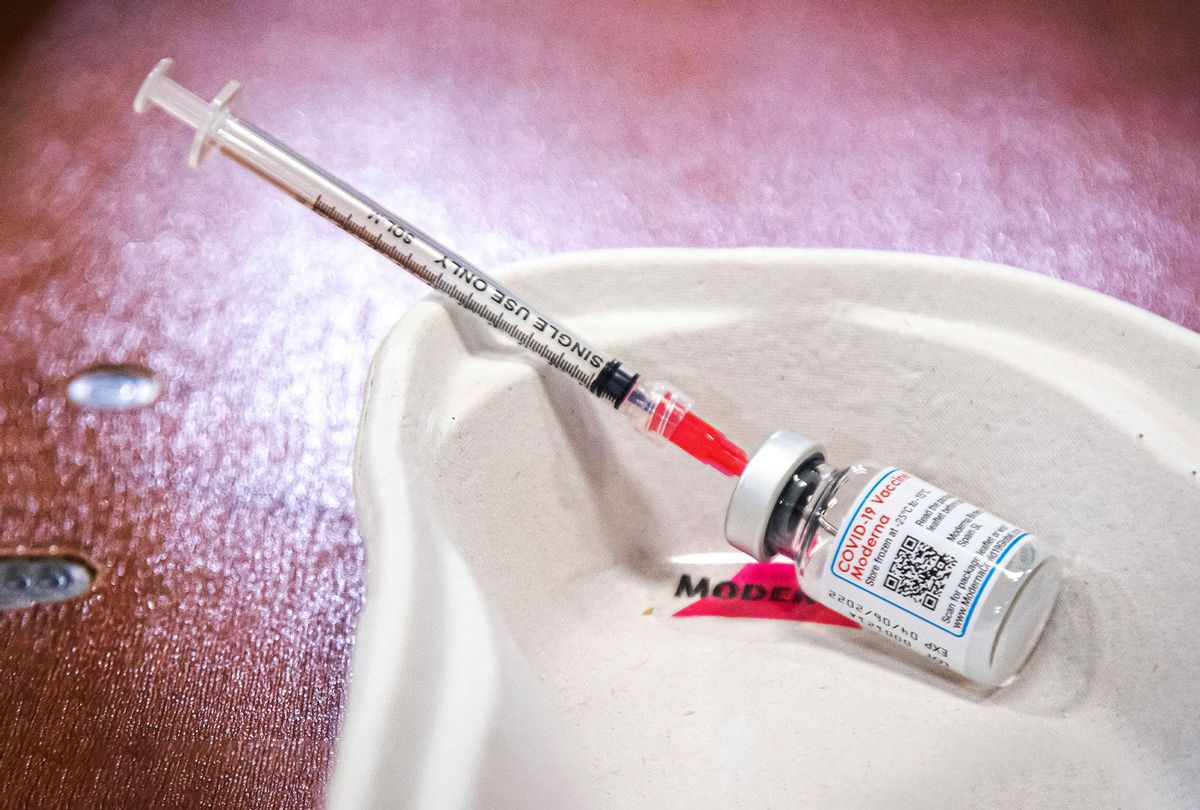 Close-up at the syringe and vial of Moderna vaccine with the Moderna inscription. (Nicolas Economou/NurPhoto via Getty Images)
--

Studies continue to show that mRNA vaccines and boosters for COVID-19 are very successful at preventing hospitalization and death, but there has been some data to suggest their overall effectiveness against coronavirus infections is waning — especially when confronted with the omicron variant.

Notably, one recent study published in the New England Journal of Medicine analyzed data from 2,239,193 people in Qatar who had received at least 2 doses of either the Pfizer-BioNTech or Moderna COVID-19 vaccines. Researchers found that for those who were fully vaccinated and boosted, protection against the delta variant was 86.1 percent; but against symptomatic illness from the omicron variant, protection was only 49.4 percent. A separate study from the United Kingdom determined the effectiveness of a third Pfizer dose declined from 67 to 46 percent within a few months after vaccination at preventing a symptomatic infection.

Though they may seem low to a layperson, these numbers are not particularly out of line with other vaccines. For example, this year's influenza vaccine has been 36 percent effective; that is slightly lower than typical, as it usually hovers between 40 percent and 60 percent. The measles, mumps and rubella (MMR) vaccine is a triumph, with about 97 percent effectiveness. In other words, vaccine efficacy varies greatly.

Last week, Moderna sought emergency use authorization from the Food and Drug Administration for a second booster shot for all adults, a move that came days after Pfizer and BioNTech filed for emergency authorization for a second booster of its coronavirus vaccine for people 65 and older. But doctors and scientists are divided on whether a strategy to keep boosting periodically will be effective or not.

Dr. Amesh Adalja, an infectious disease and critical care medicine doctor, tells Salon that he isn't convinced everyone will need a fourth shot — but notes that it might benefit some.

"In older or high-risk individuals fourth doses appear beneficial at preventing severe disease," Adalja said. "I do not think younger age groups — apart from those with high risk conditions — benefit much from even 3rd doses."

According to the Centers for Disease Control and Prevention (CDC), vaccine antibodies from a third dose start to wane after four months. Yet as public health officials saw during the omicron wave, older adults were significantly less likely to be hospitalized and die if they were boosted.

However, a study published in late February in The Lancet found that blood samples taken from a small group of older people showed significant waning in neutralizing activity three and a half months after a first booster shot, strengthening the case for older adults over the age of 65 to receive a fourth shot.

Adalja said he believes the goal of vaccination should be to prevent severe disease and hospitalization, not to prevent infection as a whole.

"And targeted — not blanket, one-size-fits-all — booster policies are how to achieve it," Adalja said. "I do not think continual boosting is a viable strategy and we must become clear on the goals — it's not eradication or elimination, but reduction of severe disease."

Adalja added that most people who are low-risk to get severe disease from COVID-19 will be well-protected with two doses of the mRNA vaccines.

"For the high risk, boosting and Evusheld are necessary," he said.

Dr. Monica Gandhi, infectious disease doctor and professor of medicine at the University of California, San Francisco, stands by the idea that antibodies being measured in studies aren't always indicative of how well-protected vaccinated people are against COVID-19's existing and future variants. The immune system produces both B and T cells in response to an infection; B cells produce antibodies and T cells specifically attack and kill pathogens. Science suggests that memory B cell protection is often long lasting.

"Memory B cells are generated by the vaccines and have been shown to recognize different variants of SARS-CoV-2 as they emerge," Gandhi said. "Although we do not know how long memory B cells from SARS-CoV-2 vaccination or infection will last, survivors of the 1918 influenza pandemic were able to produce antibodies from memory B cells when their blood was exposed to the same strain nine decades later."

There is evidence to suggest that a second booster will increase antibodies against omicron, but there remain many unknowns — such as how long the increase in antibodies will last. According to a correspondence paper recently published in the New England Journal of Medicine (NEJM), a fourth dose restores previous antibody levels conferred by the earlier third-dose boosters. But the antibodies were only measured four to five weeks after receiving the fourth dose.

"It is too early to say whether the protection is more durable after the fourth dose than after the third dose, but personally I doubt that it would be — though I can't be certain," said Paul Hunter, a professor of medicine at the University of East Anglia. "To my mind the implications of this study are that we shouldn't rush to broaden the roll out of the current plans for a fourth dose in the UK. Though I would still progress with what is currently planned for our most vulnerable groups."

Dr. Julian Tang, a clinical virologist at the University of Leicester, said in a press statement that if omicron keeps circulating, it might be better for scientists to design a variant-specific vaccine.

"Ideally, we need new COVID-19 vaccines designed specifically against omicron if we want to improve this protection for the most vulnerable – in the same way that we update the seasonal flu vaccine each year – to ensure the best possible match against the currently circulating virus strain," Tang said.