As the pandemic slowly abates, humanity will have to reckon with historical trauma 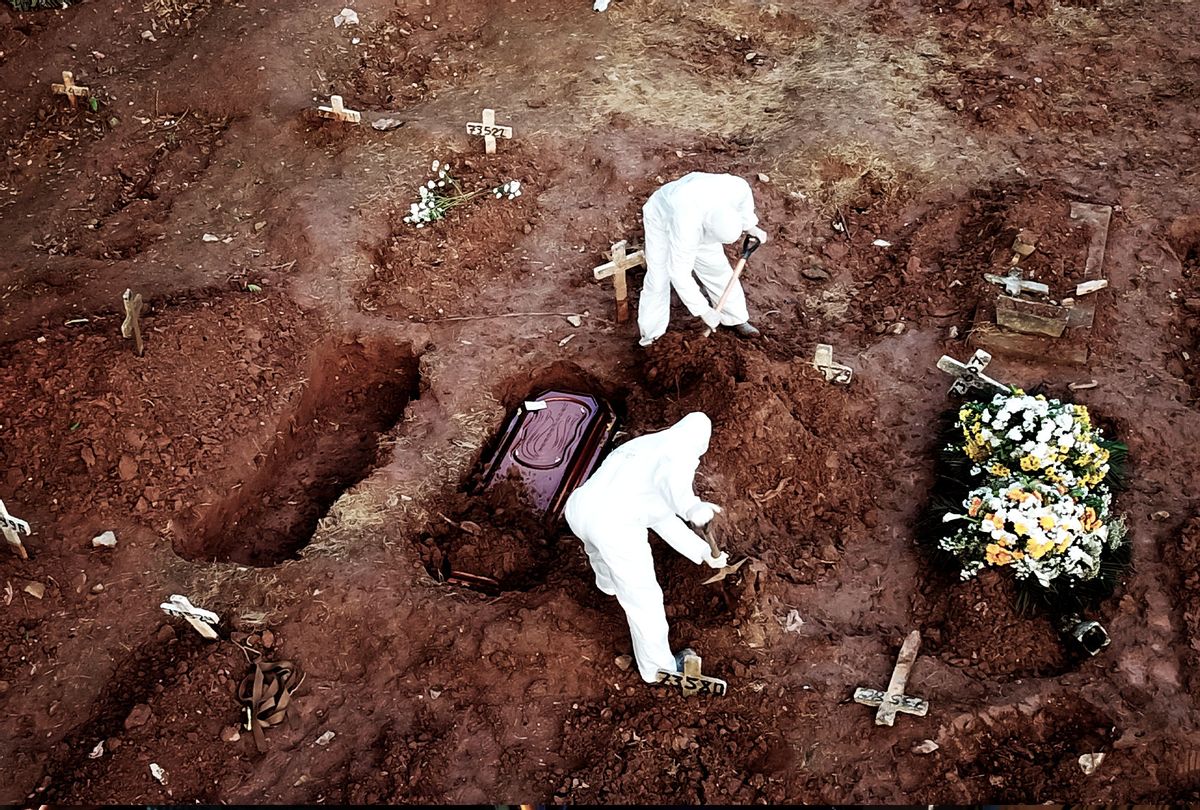 Last year in May, only a couple months after America entered a state of lockdown due to the COVID-19 pandemic, I found myself in an interview with Dr. David Reiss. I was wondering even at that time how people would react to the fear of getting sick or dying, to the frustration of not being able to resume their normal lives and to the unhealthiness of so sharply curtailing their social interactions.

"When things are very uncontrolled and uncertain, people who are vulnerable can really fall into an existential type depression," Reiss told me. "And then that kicks off in both serious depression for others who aren't as vulnerable. It just could create a lot of uncertainty, a lot of anger and reactivity."

As vaccines slowly but surely begin to roll back the tide of the pandemic, we are entering a phase in which people undergoing this deeply traumatic experience will now have to rejoin society despite their suffering. While usually trauma victims' experiences are individual, however, here they are far from alone: Just as we need to figure out how to rejoin society, society needs to figure out how to recover from the collective trauma it has endured.

A glance at history offers a number of prospects, some more promising than others. It all boils down to how we recover from this historical trauma, a term defined by scholars in 2011 as meaning the "cumulative psychological and emotional wounding across generations... [emanating] from massive group trauma."

We can start with perhaps the most famous epidemic of all time, the Black Death. Striking Europe in the mid-14th century, the Black Death took anywhere from 75 million to 200 million lives through a feverish disease that made your armpits and groin swell with pus and your skin break out in bloody rashes. The bad news was that it wiped out anywhere from 30 percent to 50 percent of Europe's population. Yet the Black Death arguably led to some positive political and social outcomes in the long-run: The Renaissance, the Reformation, updated knowledge of medicine and an end to feudalism can all be traced in one way or another to the direct ramifications of the plague.

The 1918-1919 influenza pandemic also left a generation of Americans traumatized. Killing at least 50 million people worldwide, including approximately 675,000 in the United States, it arrived during and after World War I and is often lumped in with the larger trauma of the planet's first truly global conflict. Americans responded to the end of those two horror shows by craving a return to "normalcy," as 1920's successful presidential candidate Warren Harding famously put it. (He was elected by the largest popular landslide in history up to that point.) As soon as they could, Americans ditched the hardships of war and quarantining in order to dive head first into the Roaring 1920s.

Pandemics are not the only historical events that can lead to generational trauma. One study found that children who lived during the Great Depression were more likely to exhibit social anxiety status and worry about their peers' opinions of them. The generations which endured World War II grappled with various forms of collective trauma, particularly the millions of Americans who fought in the military conflict. When they came home, they were more determined than ever to build a better world for their children than the one in which they had been raised. This led to the Baby Boom shortly thereafter.

The question for the COVID-19 era is, what can we expect from the future based on the trauma we have endured since 2020?

One likely change is that it could spawn more hypochondriacs, or at least germophobes. Indeed, the pandemic seems to have more of us worried about our health.

"The pandemic has made everybody concerned about their health. And I think that once the pandemic passes, that concern will continue, which is a good thing rather than a bad thing," Dr. Ellen Langer, a professor of psychology at Harvard University, told Salon by email earlier this year.

But as Reiss told Salon previously, the pandemic's legacy will depend on how the multiple generations whose lives were disrupted at the same moment by this wind up reacting.

"This will take generations to get past," Reiss said. "And that's because at every stage of development, things have been disrupted — whether you're talking about like my two-year-old grandchild who somehow has to understand seeing family members in masks, to four and five-year-old kids who are just starting to socialize, to adolescents who can't socialize and all through different stages of life."