How will COVID-19 change the future? Look to history. 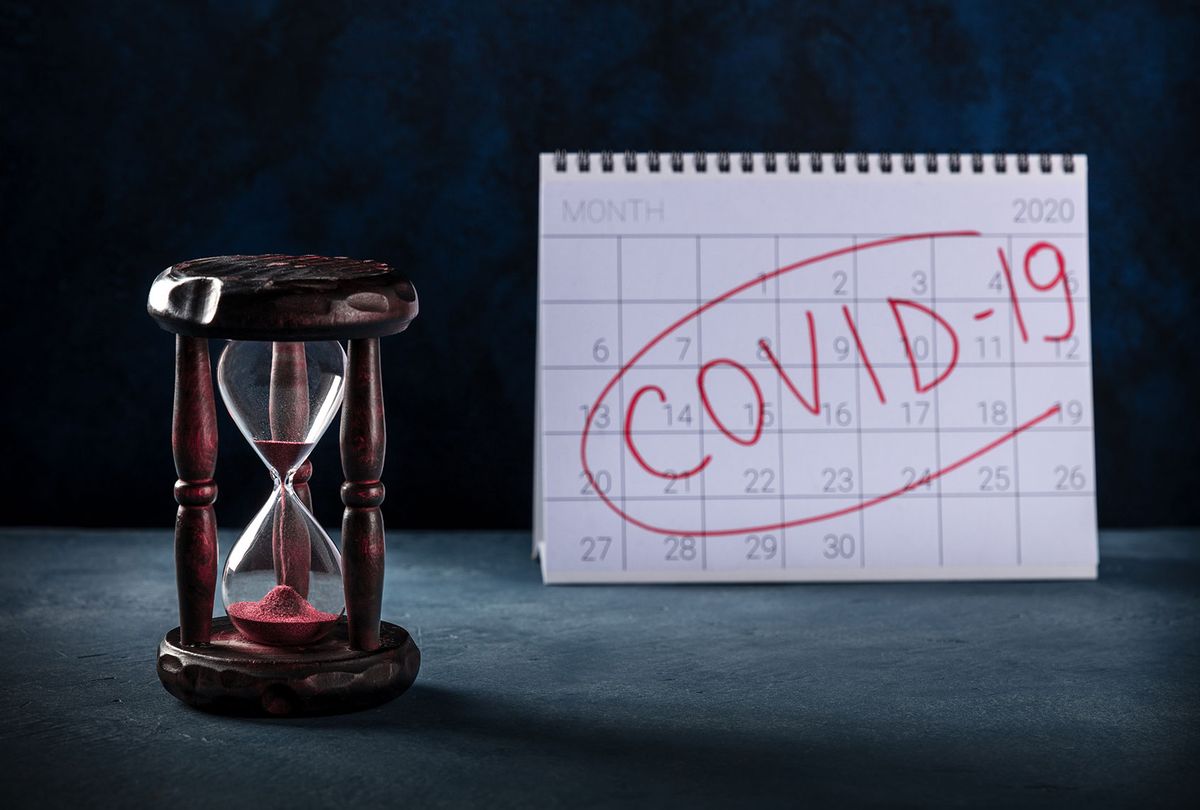 This month marks the one year anniversary of the pandemic in the United States.

It may seem like so much longer, but it was only March 2020 when President Donald Trump declared a state of national emergency due to the pandemic. There is no direct parallel in American history to the sheer impact that this public health event has had on our country. It has taken more than 520,000 lives so far (roughly the same as died in World War I and World War II), exacerbated income inequality and contributed to Trump's loss in the 2020 presidential election. Americans have been compelled to work from home, significantly limit their socializing and wear masks in public.

This is what many historians refer to as an inflection point: An event that changes the world, and which will be looked back upon as pivotal by future historians. And while it is impossible to say with certainty what the legacy of the COVID-19 pandemic will be for the United States, it is useful to start by looking at other major pandemics in modern American history.

Although the COVID-19 pandemic is often compared to the influenza pandemic that began in 1918, that event actually did not have a particularly lasting effect on public policy or culture, according to Dr. Joshua S. Loomis, an assistant professor of biology at East Stroudsburg University and author of "Epidemics: The Impact of Germs and Their Power over Humanity."

"For as many people that it killed (50-100 million), the 1918 flu had relatively few long-term impacts on public policy or culture," Loomis told Salon by email. "People generally considered the 1918 flu as a horrific extension of [World War I]. When the war and pandemic ended, most people simply wanted to move on and enjoy the economic boom of the 1920s."

That said, there were some notable developments that coincided with the influenza pandemic. Loomis pointed out that it was the first epidemic to be widely publicized because it coincided with the explosive growth of the American newspaper industry. Yet that did not automatically mean that it was sufficiently reported; political and business leaders then, as today, exerted pressure to downplay the flu to avoid panic, economic blowback and distracting from winning World War I.

"In this way, the 1918 flu has some strong parallels to what we have experienced with COVID-19," Loomis explained. "There has been this constant battle between protecting the population and keeping our economy afloat."

The influenza pandemic also prompted changes in how Americans treat disease in general, albeit not right away. After smaller influenza epidemics in 1957 and 1968, Americans realized that they needed a better system to keep tabs on influenza virus mutants so that effective vaccines could be quickly developed and distributed.

"For instance, we helped establish a worldwide network of labs that receives local data concerning new flu strains and then reports that to the [World Health Organization]," Loomis wrote. "Also, we also began producing vaccines based on those identified strains and then administering them before the arrival of flu each year. This represented a significant paradigm shift in how we approach disease prevention." While this did not occur immediately after the 1918 pandemic because the technology did not exist at the time, "it was prompted by the fear of the 1918 flu."

Loomis' views were echoed by historian John M. Barry, author of "The Great Influenza: The Story of the Deadliest Pandemic in History." He wrote to Salon that the influenza pandemic, though "intense and tragic" and leaving "hundreds of thousands if not millions of orphans," did not have much of an impact on policy. "[The National Institutes of Health] was not founded until 1928, when influenza was bad enough to remind Congress what could happen, but even that took eight years."

He added, "In terms of culture it's impossible to separate it from the war. Did it contribute to disillusionment, to fatalism, to a desire to let everything loose that culminated in the Roaring 20s? I think so. But especially in Europe, which lost something approaching 20 million people, half civilians, half soldiers, the war was more important."

The 1918 influenza epidemic was not the only major infectious disease to sweep America within the past century. From the late 1940s until virologist Dr. Jonas Salk announced a successful vaccine in 1955, tens of thousands of people were disabled every year because of the disease. The polio epidemic was a major event because it forever changed the lives of both those who were afflicted with it and their loved ones. Both the epidemic and the announcement of Salk's vaccine significantly changed American policy and culture.

Some of those changes were due to avoidable tragedies. There was the Cutter Incident, for example, an occasion in which a laboratory that had been approved to distribute Salk's vaccine accidentally mass produced some vaccines which contained a live polio virus instead of an inactivated version. (Many vaccines work by including weakened or dead versions of pathogens so that the body can learn to fight them without being endangered.)

"The fiasco of the Cutter Incident shortly after the Salk vaccine was quickly approved in April 1955 demonstrated the need for the US government to take a stronger regulatory role in approving new vaccines," Dr. Daniel Wilson, professor of history emeritus at Muhlenberg College and author of "Living with Polio: The Epidemic and Its Survivors," wrote to Salon. "It may also have helped move the government to more strongly finance medical and scientific research. Remember, the polio research and trials for the Salk and Sabin vaccines were almost entirely funded by the private philanthropy the March of Dimes."

Wilson added that there were also significant cultural impacts to the polio epidemic. Many polio survivors became advocates for disability rights, pushing to change social attitudes toward disabled individuals and playing a major role in passing the Americans with Disabilities Act of 1990. In addition, the polio pandemic came at a time when Americans were already beginning to champion science as a major strength in our society. Salk's vaccine helped add to that momentum.

"Culturally, the Salk vaccine especially, since it eliminated the fear of the most dreaded childhood disease, significantly increased the appreciation of what modern medicine could accomplish," Wilson explained. "It probably helped foster research into vaccines for other childhood diseases and the willingness of parents to have their children vaccinated for a wide variety of diseases. It was part of a growing cultural appreciation of what science could accomplish (atom energy, space flight, etc.) that increased in the 1950s and 1960s."

Perhaps the most recent major pandemic to hit the United States was the HIV/AIDS epidemic. As Loomis explained to Salon, it probably had a bigger impact on public policy and culture than the influenza and polio pandemics combined.

"First and foremost, HIV produced fundamental changes in how we view sex and sexuality," Loomis wrote to Salon. "The 10-15 years before HIV was marked by more open attitudes toward sex. The Pill could prevent pregnancy, antibiotics could cure most STDs, and the countercultural revolution of the late 1960s advocated 'free love.' When HIV was discovered in the early 1980s, it became clear that sex could kill you. As a result, people started becoming afraid of sex."

"In short, HIV effectively ended the Sexual Revolution of the 1960s and 70s," Loomis wrote to Salon.

He said that the HIV/AIDS pandemic also transformed how Americans view medical privacy. Prior to the pandemic, doctors did not necessarily refrain from sharing their patients' private medical information with other people. During the pandemic, however, this caused people with HIV diagnoses to be publicly outed. Lives were ruined as employers, neighbors and others lashed out against people who were infected, destroying people's jobs, getting them kicked out of their homes and hurting them socially. In turn, many people were understandably reluctant to be tested for HIV, which made it harder for public health officials to effectively address the pandemic.

"Public health officials knew that something had to be done since effective testing was absolutely necessary to get the epidemic under control," Loomis explained. "What followed was a series of new legislation designed to protect the privacy rights of patients. That all culminated with the passage of the Ryan White CARE Act in 1990 and eventually HIPAA. Everyone in the nation now enjoys medical privacy, free from fear that their private information will be shared without their consent."

The HIV/AIDS pandemic also underscored the fact that Americans had spent generations not viewing infectious diseases as something that could really impact their day-to-day lives. As a result, it was more difficult for them to grapple with the implications of the epidemic.

"One of the little remarked upon cultural transformations of the last century has been the rapid decline in family size, and to a large degree, that's a result of no longer fearing infectious disease," Dr. Jonathan Engel, professor of health policy and management at Baruch College and author of "The Epidemic: A History of AIDS," told Salon.

As a result, Engel argued, Americans were slow to react to the seriousness of the HIV/AIDS epidemic because they were not accustomed to a disease in which the overwhelming majority of people who contracted it would eventually die as a result.

"You might think, 'Oh my God, we now have an infectious disease that is 100% fatal when you get it, surely we will move heaven and earth to prevent this.' And what was so interesting about AIDS is we didn't," Engel told Salon.

"As a nation, as a culture, we could no longer view infectious disease as a threat," Engel explained. "So even when a new infectious outbreak came, which was 100% fatal, we couldn't make basic changes. In fact, even the most basic things like closing down the bath houses in New York and San Francisco were met with a huge amount of civil resistance."

Despite this, the AIDS pandemic had a major cultural impact, as Dr. Jon Hallberg — medical director at the University of Minnesota Physicians Mill City Clinic — wrote to Salon.

"That pandemic (like this one) hit an artistic nerve," Hallberg explained. "From protest logos to the AIDS Quilt project to books (like Randy Shilts's "And the Band Played On") to plays ([Tony] Kushner's "Angels in America") to art (Robert Mapplethorpe and Keith Haring) and movies (like "Philadelphia") this disease, this crisis begged for artistic interpretations. How else can we comprehend the enormity, the horror, the pain, than through the lens of the arts?"

What can we extrapolate from these pandemics in terms of how the COVID-19 pandemic will change society?

"One lesson that seems obvious to me is that without a unified and consistent national message — from the world of science and medicine and from the governmental authorities on all levels — it is difficult to achieve a national consensus and consistent policy," Wilson told Salon, referring to the decentralized approach to the pandemic that marked US government policy since 2020. "That will make tackling [COVID-19] or any future epidemic much more difficult."

Loomis noted that one lasting transformation could be in how Americans do business.

"COVID-19 has also produced significant changes to how we do business, educate our young people, and worship in our churches," Loomis wrote. "This pandemic has proven that much of we do in person can be done virtually. I think some of that will stick in the future."

At the same time, it is unlikely that Americans are going to permanently change the way they socialize, at least in the long term.

"Right now we're all indulging the most nervous, anxious person in the room, the person who perceives the highest level of risk from this pandemic," Engel told Salon. "I think in about six months, that's going to end. That person will no longer [be in charge.] There's going to be people who want to maintain social distancing, who want everyone to keep wearing masks, and that person's no longer be able to make the rules."

In other words, the pre-pandemic idea of "normal" will never exist again.