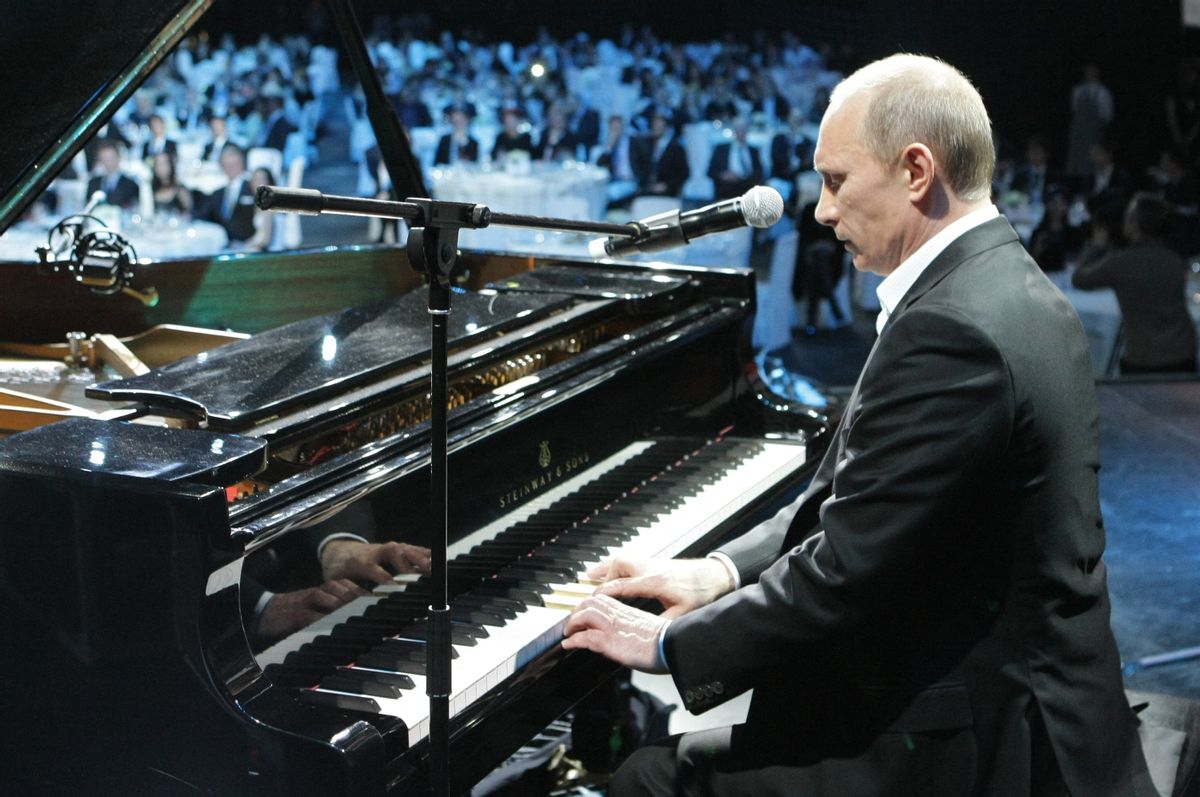 Footage has been unearthed of Vladimir Putin performing what's being referred to as a "chilly" rendition of the 1956 Fats Domino classic, "Blueberry Hill."

In the video, which we discovered in a report by Nola.com, Putin takes to the piano during a children's fundraiser that took place in St. Petersburg in 2018. The event, which appears to have been heavily attended by some of the biggest celebrities of that time, had Goldie Hawn, Sharon Stone, Kurt Russell and Kevin Costner in the audience for the performance.

Related: Trump, Putin and their kind are still dangerous — but their time is almost up

Putin's song selection may, at first, seem curious until you take into consideration that Antoine Dominique "Fats" Domino, a native of New Orleans, had just passed away the year prior.

Chris Granger, the New Orleans based writer who first discovered the video while home sick with COVID described it in a tweet as "wrong on so many levels."

This is not the first time that Putin has found occasion to showcase his musical abilities. In 2017 the Russian President  performed an impromptu recital at a Chinese state guesthouse in Beijing, according to CNN. During this particular performance Putin played two different Russian songs; "Moscow Windows" and "The City on the Free Neva River."

Putin's performance in Beijing erupted into meme status resulting in many parodies including this one of Putin playing Vanessa Carlton's "One Thousand Miles" instead of the Russian classics he actually played on the day in question.

Here's another good one of Putin playing the "Imperial March" from Star Wars: