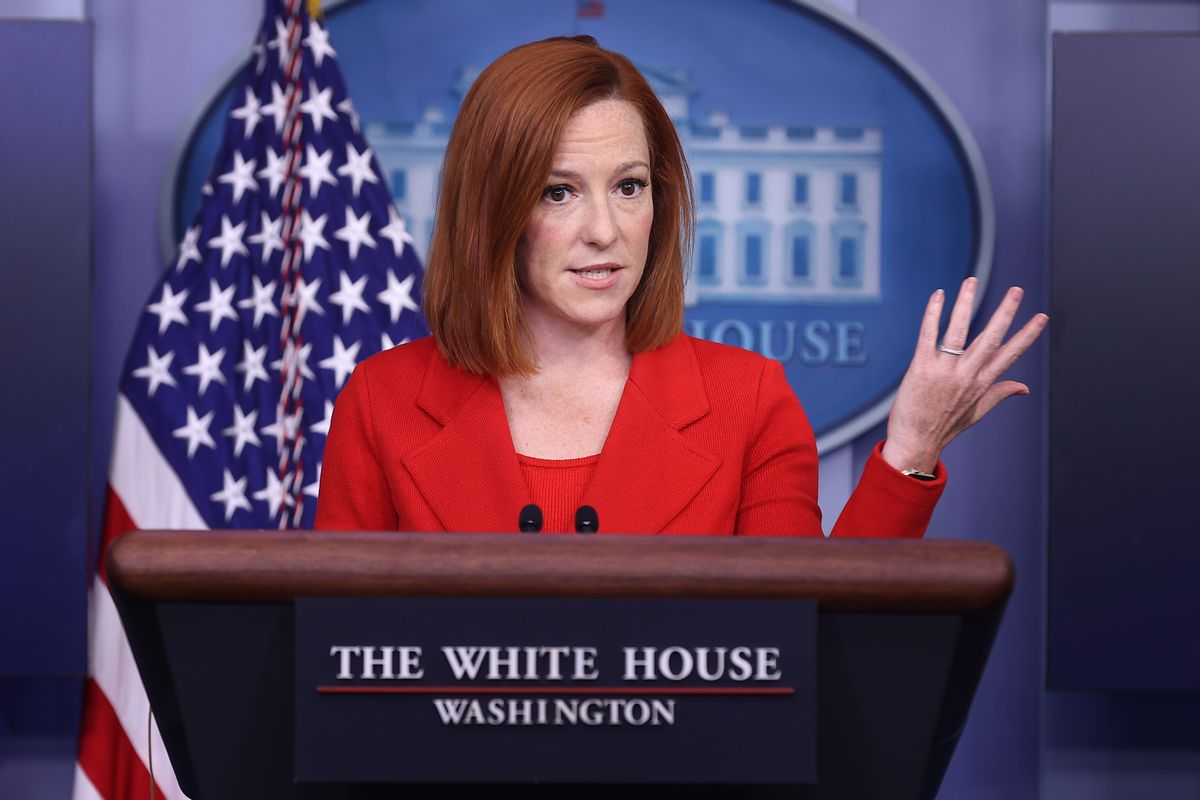 White House press secretary Jen Psaki agreed that Fox News reporter Peter Doocy sounds like a "stupid son of a bitch," but that it's the network who is to blame.

Psaki's statement was in response to the question of whether "Peter Doocy is a stupid son of a bitch or does he just play one on TV?" during a live episode of the "Pod Save America" podcast on Thursday.

"He works for a network that provides people with questions that, nothing personal to any individual, including Peter Doocy, but might make anyone sound like a stupid son of a bitch," Psaki replied.

The question was referencing a Jan. 24 press conference where President Joe Biden mocked Doocy after he asked whether inflation is a political liability going into the midterms. There was much debate on whether or not Biden knew the microphones were on, or if he forgot about the hot mic.

"No, it's a great asset," Biden said sarcastically. "More inflation. What a stupid son of a bitch."

Shortly after the remark, Biden called Doocy to "clear the air," Doocy said during an interview with Fox News host Sean Hannity.

"It's nothing personal, pal," the president said, according to Doocy.

"You don't have to like everything Peter Doocy says or does, but that is certainly a moment of grace by Peter Doocy," Psaki said of the reporter. Doocy, Psaki said, could have used that interview with Hannity to slam the president after that call.