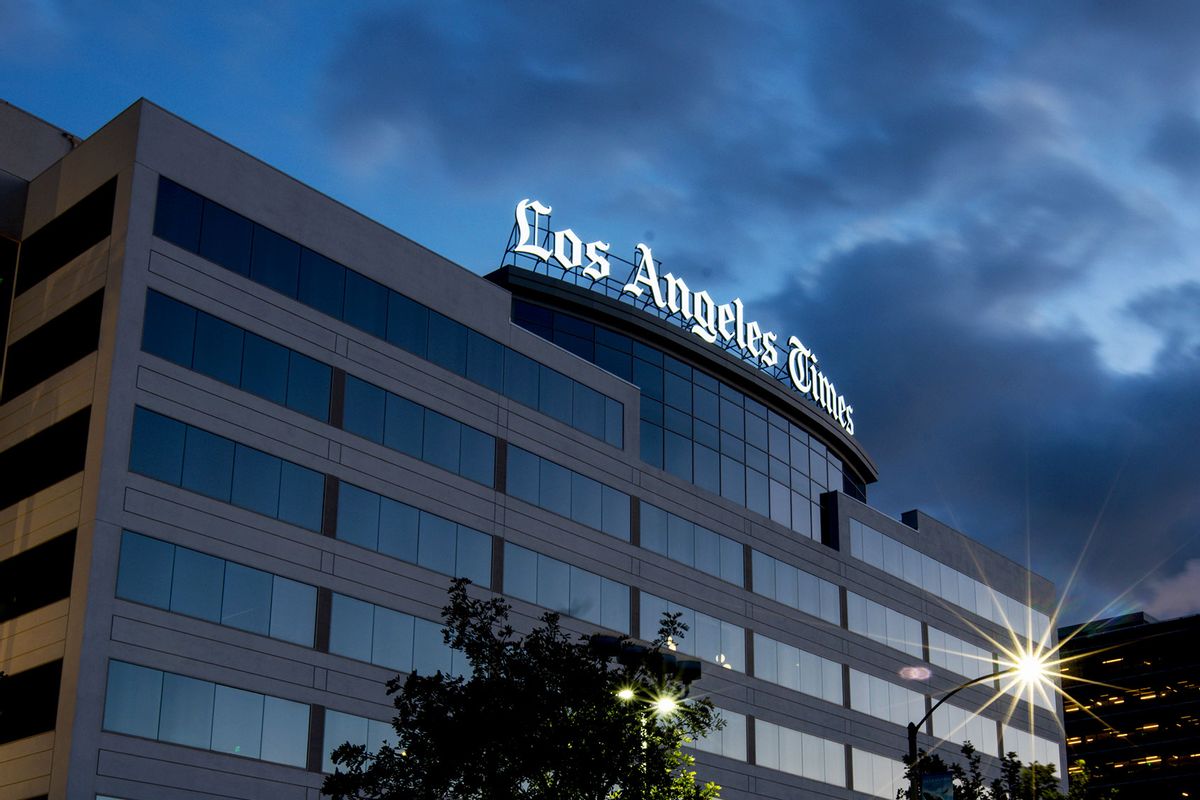 A Los Angeles Times reporter is being investigated by the county's sheriff's department after revealing an attempted coverup of misconduct by officers.

The shocking announcement came on Tuesday during a presser held by Los Angeles County Sheriff Alex Villanueva, who displayed a blownup photo of reporter Alene Techekmedyian, who he alleged is connected to an information leak. Villanueva reportedly refused to take questions from Techekmedyian during the presser.

NPR correspondent Frank Stolze, who covers criminal justice in Los Angeles, called the move "an extraordinary escalation in the sheriff's attack not only on the paper but also on the First Amendment."

The probe comes in direct response to a Monday exposé by Techekmedyian, which revealed that the department attempted to cover up an incident in which a deputy put his knee on a handcuffed inmate for three minutes. Department officials were reportedly concerned about the agency's public image, given the incident's "nature and its similarities to widely publicized George Floyd use of force," according to an internal force review.

The incident reportedly took place on March 21, 2021, according to The Los Angeles Times, during the trial of Derek Chauvin, who murdered 46-year-old George Floyd by kneeling on his neck for nearly ten minutes. It began when former Deputy Douglas Johnson ordered one of two inmates, Enzo Escalante, 24, to stop and face a wall. Escalante, who was awaiting trial on murder charges, shortly turned around and struck Johnson in the head. About thirty seconds into the brawl, Johnson pinned Escalante to the ground, kneeling on his neck. By that point, Escalante appears to be fully complying with Johnson's orders while on the ground.

In the ensuing weeks, Johnson's apparent misconduct went through various layers of review.

In one review of the incident, Commander Allen Castellano, wrote that Johnson "placed other deputies and inmates in a dangerous situation."

"There appeared to be ample time for Deputy Johnson to reposition himself and still control Inmate Escalante, who was handcuffed and hobbled, while maintaining awareness of his surroundings," Castellano said.

RELATED: Derek Chauvin charged with violating the civil rights of a Black child in 2017

According to The Los Angeles Times, a number of other department officials agreed with Castellano's general sentiment, calling Johnson's restraint "unreasonable."

Custody Investigative Services, which handles crimes that take place in the department's lockups, reportedly opted out of pressing charges over concerns about optics.

"It was determined the case should not be filed given the misconduct/unreasonable force allegation and the potential for this incident to shed negative light on the Department given its nature and its similarities to widely publicized George Floyd use of force," Castellano wrote, noting that "the potential optics of an incident should not be a determining factor on whether or not a criminal complaint is filed."

Villenueva, who heads the department and is running for reelection, reportedly watched a video of the incident days after it took place, but did not formally investigate Johnson.

"We have no interest in pursuing, nor are we pursuing, criminal charges against any reporters," he said in a statement. "We will conduct a thorough investigation regarding the unlawful disclosure of evidence and documentation in an active criminal case. The multiple active investigations stemming from this incident will be shared and monitored by an outside law enforcement entity."