"I would burn them": Republican lawmaker suggests taking Tennessee's book ban to the next level

Asked what he'd do with "objectionable" works, Jerry Sexton said, “I don’t have a clue, but I would burn them" 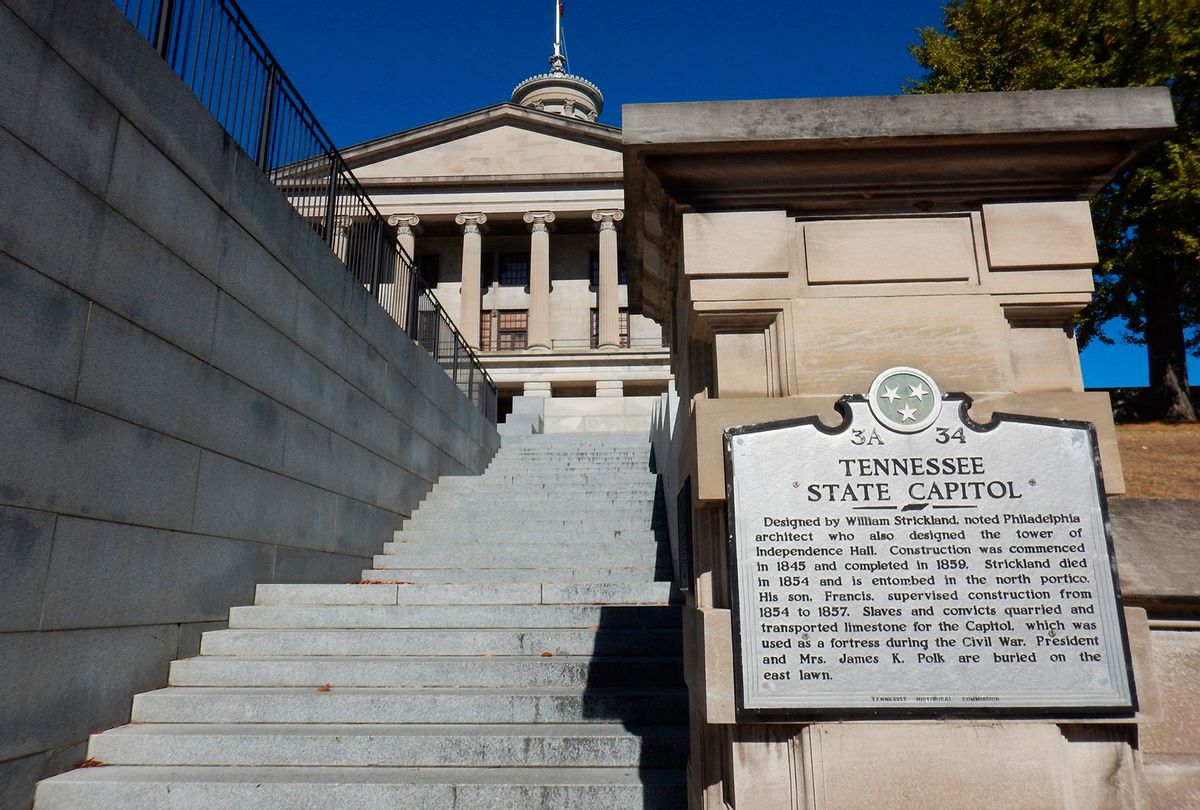 A Republican lawmaker in Tennessee is taking heat for claiming that he would burn books that had been banned from school libraries.

The outlandish remark came during an exchange between Democratic state Rep. Ray Clemmons and Republican state Rep. Jerry Sexton, as both lawmakers debated a recently-passed bill that gives a state commission the sole authority to decide which books are appropriate for school libraries. At one point, Clemmons directly asked Sexton what he planned on doing with all the books that would be deemed objectionable.

"You going to put them in the street? Light them on fire?" he asked. "Where are they going?"

"I don't have a clue, but I would burn them," Sexton replied.

"That's what I thought," Clemmons said.

According to The Tennessean, Sexton had originally planned for the bill to require that the textbook commission draft a report of "approved" works. But Republicans later torpedoed this plan, instead opting for a comprehensive audit of every book currently sitting on school shelves.

Sexton, for his part, has also argued that the bill would not amount to "banning" books.

"We're just removing them from the library," he said.

But state Democrats have railed against the measure, seeing it as a potential canary in the coal mine.

"History hasn't looked fondly on those who banned books or those who burn books. I'm not sure that's who we want to be included with," said Democratic state Rep. Gloria Johnson, according to a Fox News affiliate.

Throughout history, book burning has been a particularly popular practice under authoritarian regimes, The Washington Post notes. One notable instance was carried out by German universities in 1933, during the Third Reich, when thousands of books deemed "un-German" books were thrown into the flames following a speech by Nazi leader Joseph Goebbels in Berlin's Opera Square.

The Tennessee bill comes amid a nationwide, GOP-led effort to prohibit schoolroom discussions on "critical race theory" or any LGBTQ+ subjects. Much of this crusade has played out in libraries, where Republicans have sought to purge works disproportionately written by LGBTQ+ authors and authors of color.

Much of the effort has been led by so-called "parents' rights" groups seeking to gain more control over the ways and means of education. The American Library Association (ALA) found that K-12 schools and universities have seen more than 700 "challenges" to various educational materials.