Should "Top Chef" contestant Jackson have disclosed he lost his sense of taste from COVID?

Disclosing a disability like Long COVID is a personal choice. It can also have serious consequences at work 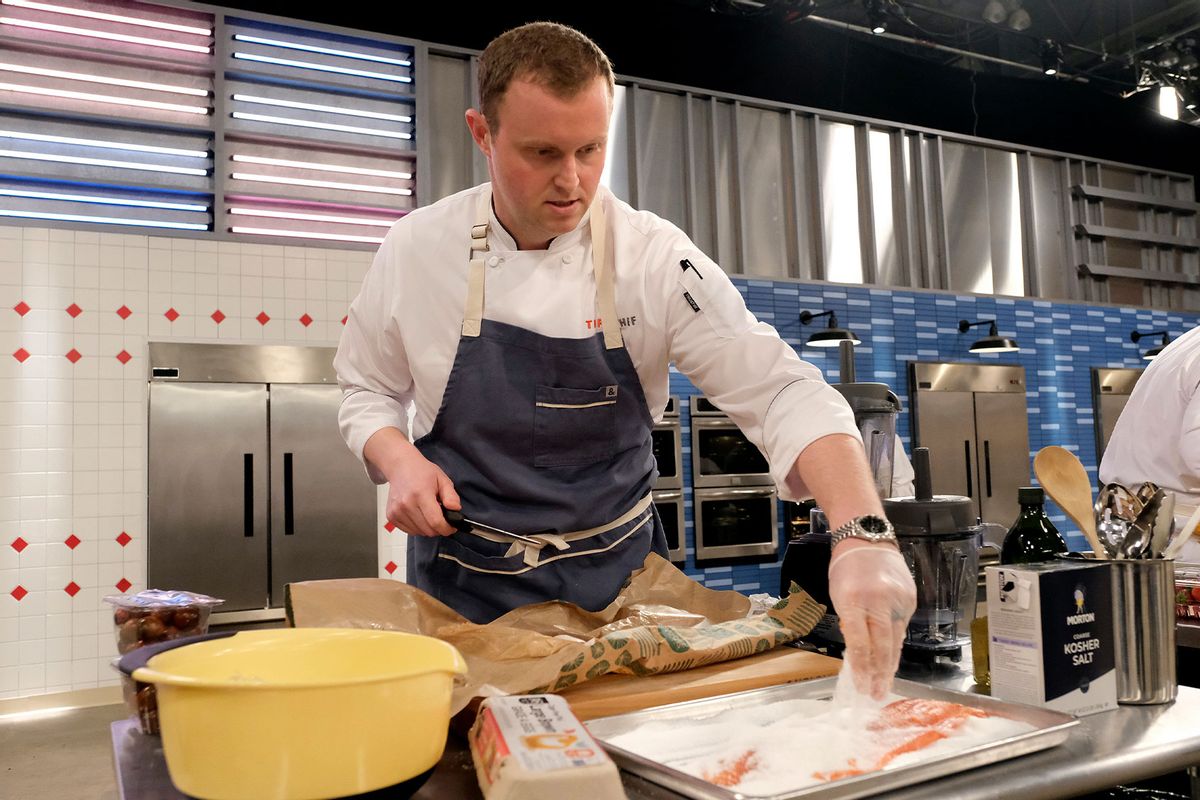 I had made it to the final round of the academic interview, a multi-stage progress that takes months, for a coveted tenure-track teaching job. Unfortunately, this round of the interview was a large group dinner in a loud, crowded bar, and I am half deaf. That's not something I had disclosed during the course of my interview (grad school professors, none of whom were disabled themselves, had strongly advised me to stay silent) but now the chair of the hiring committee was seating me under a blaring speaker.

Quickly and plainly, I disclosed my disability, asking if I could sit on the opposite side of the table to hear the group better.

The chair made a face. I didn't get the job – who knows why; academia is a festering trash fire – but I'll forever link disclosing on that night with someone making a distasteful expression. Disclosure when it comes to disability, the reveal of information particularly for reasonable accommodation purposes, is an important, personal decision. It can also have unpredictable consequences, particularly at work.

This season's "Top Chef" set in Houston features contestant Jackson Kalb, a chef based in Los Angeles who had lost much of his sense of taste and smell after surviving COVID, contracting a case he described as "mild" just a few weeks before filming began. After making it to the final eight, fan-favorite Kalb was eliminated following the show's popular Restaurant Wars, where contestants design and execute a restaurant concept for the judges and for diners.

Jackson had disclosed to "Top Chef" producers about his lost sense of smell and taste, but not only did they not forbid him from continuing in the competition, they kept it a surprise.

Long COVID is defined by the World Health Organization as a condition occurring in individuals "usually 3 months from the onset of COVID-19 with symptoms that last for at least 2 months and cannot be explained by an alternative diagnosis." One of the possible symptoms of Long COVID is a loss of or change in smell or taste. Foods can taste bland, salty, metallic, smell like nothing or smell off. A friend with Long COVID described a constant smell and taste of char or burning while another said that some foods now taste too much like grease to even try.

Long COVID is classified as a disability under the Americans with Disabilities Act (ADA). Some researchers believe the condition is more likely to occur after an initial case of relatively mild to moderate COVID, such as Kalb described, and while differences or absence of taste or smell are some of the leading symptoms, they're certainly not the only ones, which can also include fatigue, brain fog, cognitive impairment, breathing difficulties and heart changes. 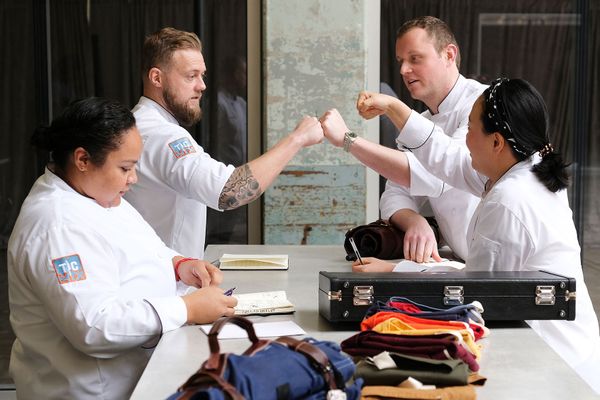 Evelyn Garcia, Luke Kolpin, Jackson Kalb and Jae Jung on "Top Chef: ﻿Houston" (Photo courtesy of David Moir/Bravo)Jackson had not told his fellow chefs that he had lost his sense of taste and smell, worried that it would be seen as a "weakness" in the competitive cooking contest and the others might take advantage of him. But Jackson compensated for the loss, coming out in the top three and even as the winner of multiple challenges. He said in an interview with The Los Angeles Times: "I would try my food and often plug my ears and close my eyes, and try to piece together what I think it would taste like while I chewed. I was relying completely on texture."

Before he was eliminated, he looked as if had a good chance to make it to the end and possibly even win the title. "I guess my instincts were better than I thought they were, just for seasoning purposes," he told People.

Jackson had disclosed to "Top Chef" producers before filming began about his lost sense of smell and taste, but not only did they not forbid him from continuing in the competition, they kept it a surprise from the others, perhaps thinking his secret disability made for exciting television. "At the end of the day, they're making a TV show," he said.

This smacks of "CODA" vibes, when the plot twist is at the expense of disabled people and for the benefit of a non-disabled audience – and it didn't sit well with fans.

It was relatively unclear for viewers whether or not Jackosn had disclosed to his fellow competitors, until what would be his final episode (this made my family, avid "Top Chef" watchers, instantly suspicious; you know when an episode unduly focuses on one chef, their number is up). Some fans expressed anger or annoyance that Jackson had kept his disability hidden.

Perhaps the small group challenges may have been a chance for Jackson to disclose to the other chefs, but disclosing a disability, even like Long COVID, is an individual decision. And it's complicated. Yes, individuals with disabilities are protected under the ADA. In theory. But just because something like workplace discrimination or being passed over for a job or promotion due to disability is illegal, doesn't mean it doesn't happen. All the time.

As Lizz Schumer writes in the New York Times, "the gap between the letter and application of the law can swallow people whole," giving example after example of workplace discrimination of disabled people and writing, "All of these stories are horrifying. Many are technically illegal. None are particularly unique."

Fellow contestant Luke Kolpin was shown turning on Jackson the moment he did disclose his Long COVID. Luke assumed he would be sent home and accused Jackson of calling his dish too salty (the judges then thought it was under-seasoned). Can you blame Jackson for being hesitant to disclose?

What could the potential 23 million Americans with Long COVID learn from the chef who couldn't taste?

Luke did not go home, and Jackson was not the only person to believe the dish over-salted. But "Top Chef" was edited in a way to place blame squarely on Jackson, the faulty taster, and Jackson alone. Not only is this disingenuous, it's ableist.

To be clear, Jackson was not sent home because of Luke's dish – which was ultimately his own responsibility to spice – rather all the other bad decisions Jackson had made during Restaurant Wars, including deciding to send out two dishes at once, the hand-scrawled "Welcome Judges" sign, a dismal front of house performance and a rather uninspired dessert.

With reality shows, it's aways hard to know what's actually happening, thanks to the magic of editing and television's spin. Regardless, "Top Chef" missed a big opportunity to talk openly about Long COVID, not to mention to shine a light on what exactly made Jackson's cooking successful without relying on taste and smell — touch, sense memory, innovation, tried and true recipes?

What other senses are involved in making food? What could the potential 23 million Americans with Long COVID learn from the chef who couldn't taste?

Long before COVID, superstar chef Grant Achatz of Alinea lost his sense of taste from tongue cancer. A whole episode of Netflix's "Chef's Table" is devoted to him, his restaurant and his journey. He's still thriving at work, and his story could have played a part in Jackson's narrative on the show.

Though his time on "Top Chef" is over, and Jackson reports his sense of smell and taste have now almost fully returned, as he said: "No matter what happens, it's not the outcome of this specific show that matters, it's what you do with it afterward."