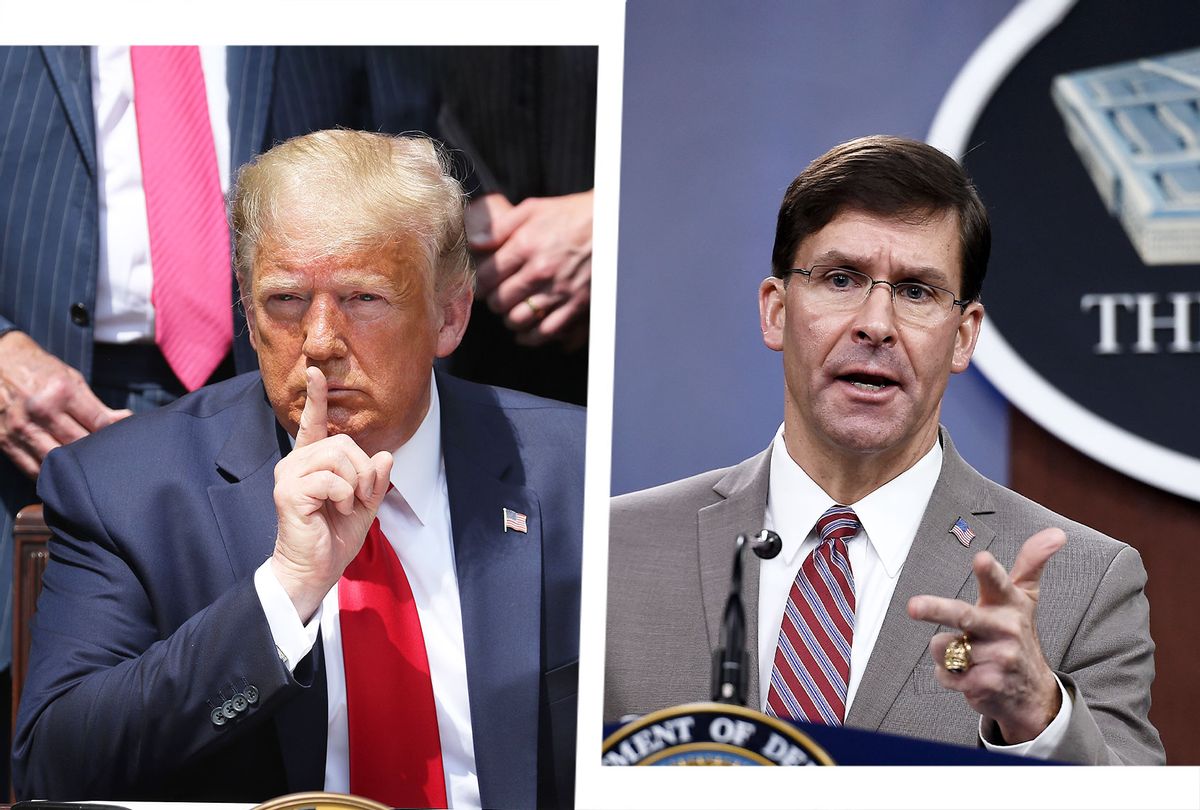 Mark T. Esper, who served as secretary of defense under President Donald Trump from June 2019 until November 2020 (when Trump fired him following the presidential election), looks back on his months in the White House in his new book, "A Sacred Oath: Memoirs of a Secretary of Defense During Extraordinary Times." And one of the disturbing revelations in the book, according to Axios' Mike Allen, is that Trump wanted to "shoot" unarmed protesters during the Summer of 2020.

The murder of George Floyd in Minneapolis on May 25, 2020 set off huge protests all over the world, including Washington, D.C. Trump's response, according to Esper, was, "Can't you just shoot them? Just shoot them in the legs or something?"

In "A Sacred Oath," due out May 10, Esper recalls that early June 2020 "was surreal, sitting in front of the Resolute desk, inside the Oval Office, with this idea weighing heavily in the air, and the president red faced and complaining loudly about the protests under way in Washington, D.C."

Esper writes, "The good news — this wasn't a difficult decision. The bad news — I had to figure out a way to walk Trump back without creating the mess I was trying to avoid."

Allen notes, "Esper enraged Trump by publicly stating, in June 2020, that he opposed invoking the Insurrection Act — an 1807 law that permits the president to use active-duty troops on U.S. soil — in order to quell protests against racial injustice."

"A Sacred Oath," according to Allen, "was vetted at the highest levels of the Pentagon."

"I'm told that as part of the clearance process, the book was reviewed in whole or in part by nearly three dozen four-star generals, senior civilians, and some cabinet members," Allen writes. "Some of them had witnessed what Esper witnessed."