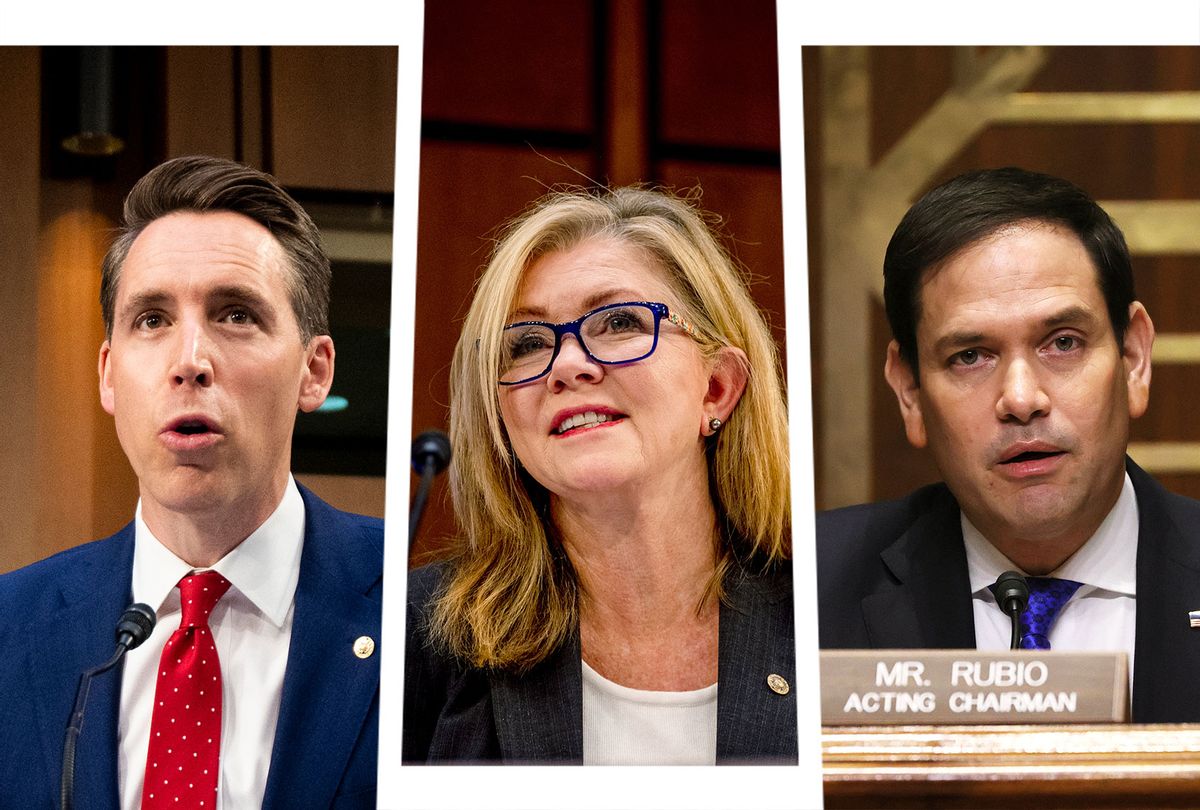 Conservatives are doing a victory lap in light of a recent report that the Supreme Court is poised to overturn Roe v. Wade, the landmark 1973 decision establishing the constitutional right to abortion, while at the same time seemingly having a complete meltdown about the potential impact of its release.

The bombshell report came late Monday evening, when Politico published a leaked draft of Associate Supreme Court Justice Samuel Alito's majority opinion, written back in February, rehashing the constitutionality of Roe v. Wade and Planned Parenthood v. Casey, which upheld Roe in 1992. According to the outlet, the draft is "a full-throated, unflinching repudiation" of both laws.

"Roe was egregiously wrong from the start," Alito reportedly wrote in his opinion. "We hold that Roe and Casey must be overruled."

This week, conservative pundits and politicians immediately praised the controversial draft, which culminates a decades-long campaign by Republicans to roll back reproductive rights all across the nation.

On Monday, Sen. Josh Hawley, R-Mo., a vehement anti-abortion advocate, called the court's alleged draft "a heck of an opinion."

"If this report is true and Roe v. Wade is overturned, I will immediately call for a special session to save lives and guarantee that every unborn child has a right to life in South Dakota," the governor tweeted.

Other conservatives railed against the leak of draft, arguing that the move impugns the court's apparent nonpartisanship.

"Leaking a draft SCOTUS ruling is worse than January 6th. The Court was the one institution where conservatives and liberals lived in peace and trust," wrote right-wing commentator Mike Cernovich. "You disagreed but the trust was sacred. This completely destroys the Court's inner workings. Totally in shock right now."

"To violate an understanding that has held for the entire modern history of the Court – seeking to place outside political pressure on the Court and the justices themselves – is dangerous, despicable, and damaging," echoed Sen. Mike Lee, R-Utah.

Sen. Marco Rubio, R-Fla., suggested the draft's leak was a coordinated assault by the left. "The next time you hear the far left preaching about how they are fighting to preserve our Republic's institutions & norms remember how they leaked a Supreme Court opinion in an attempt to intimidate the justices on abortion," Rubio wrote.

Politico's report does not mark the first time that the draft of any pending Supreme Court case has been publicized before a ruling is made public. While the draft offers an unprecedented glimpse into the bench's deliberations, which the court has historically kept strictly confidential, it is important to note that the original Roe v. Wade decision was similarly released, infuriating the court.

The most recent draft, no doubt a strong indication of the court's jurisprudence on abortion, is sure to set back the state of reproductive healthcare in America by a matter of decades. According to the Guttmacher Institute, If Roe v. Wade is overturned, at least 26 states will severely curtail abortion access or outlaw the practice altogether.