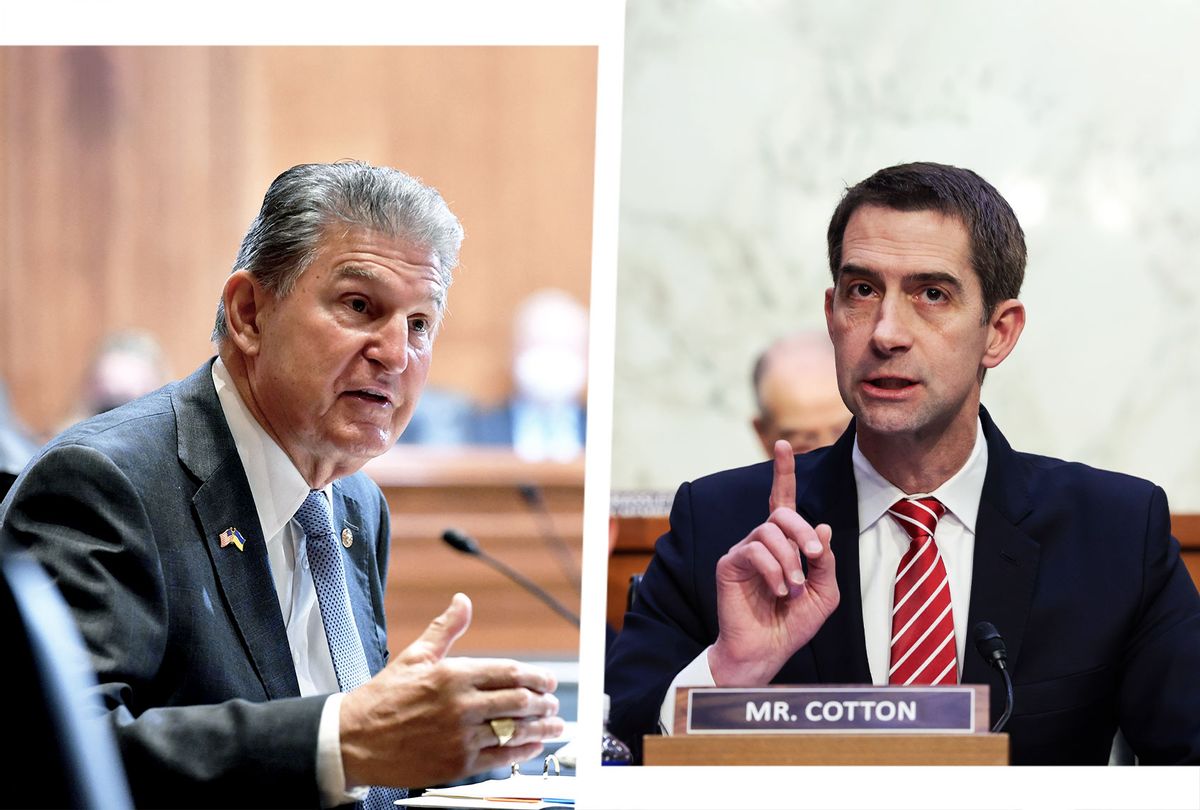 Sen. Joe Manchin, D-W.Va., was the lone Democrat to join Republicans in a vote to approve a motion filed by Sen. Tom Cotton, R-Ark., on Wednesday to strip billions of dollars from a green climate fund in order to increase spending on a military weapons system.

The 50-44 vote, first reported by C-SPAN, would have the Senate siphon off $8 billion from the Green Climate Fund Authorization Act, a bill introduced by the House of Representatives last year to authorize $4 billion this and next year for "a fund established under the United Nations Framework Convention on Climate Change to finance projects that address climate change." According to C-SPAN, that appropriation is now poised to finance the Defense Advanced Research Projects Agency (DARPA), which develops emerging military technologies. Manchin, who has become notorious for torpedoing President Biden's agenda, was the only Democrat to vote "yea."

RELATED: Big Tech is fueling an AI "arms race": It could be terrifying — or just a giant scam

The vote was one of 28 addressing non-binding motions to instruct conferees on a science and research bill, dubbed the "United States Innovation and Competition Act" (H.R.4521), which was introduced last year. The massive legislation would, among other things, provide future funding for semiconductor manufacturing; prohibit federal funding for the Wuhan Institute of Virology; address China's "influence on institutions of higher education"; impose sanctions on China over cybersecurity concerns as well as human rights abuses; and address foreign aid for countries in the Indo-Pacific region. In total, twenty motions total were bought by Republicans, while just eight were filed by Democrats.

During Wednesday's floor session, the Senate also approved a motion to instruct a federal government to establish a minimum number of oil and gas drilling permits to be issued through 2027. That motion, passed with a 53-44 vote, saw support from a total of four Democrats, including Manchin, Sens. Kyrsten Sinema, D-Ariz., John Hickenlooper, D-Colo., and Mark Kelly, D-Ariz.

The upper chamber also rejected a motion by Sen. Bernie Sanders, I-Vt., to block semiconductor manufacturers that would receive funding from outsourcing their employees' jobs and preventing staffers from unionizing.