I'm out of oyster sauce! What can I substitute instead? 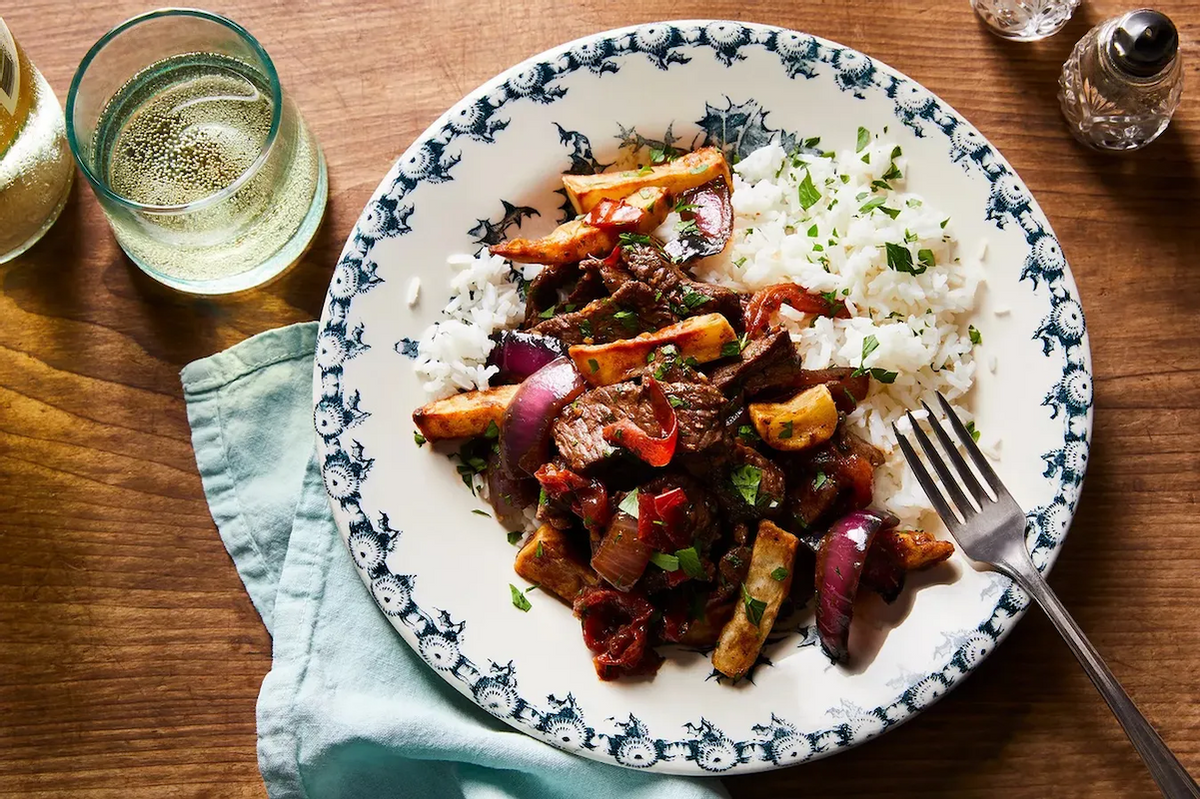 Oyster sauce can easily be forgotten about behind its more popular pantry neighbors like soy sauce, teriyaki sauce, hoisin sauce, or your favorite homemade stir-fry sauce. But this savory sauce, which is often labeled as "oyster flavored sauce," is one of our favorite ways to bring salty, umami-packed flavor to vegetable stir-fries, shrimp fried rice, and more. So what should you use if you run out of oyster sauce? And what is oyster sauce, anyway?

What is oyster sauce?

Oyster sauce originated in the southern part of China in the early 20th century and has since become a beloved ingredient, particularly in Cantonese cooking. It's typically drizzled over vegetables like Chinese broccoli once cooked. Nowadays, the most popular brand of oyster sauce found in many grocery stores is Lee Kum Kee, which makes its sauce with water, sugar, oyster extractives (oyster, water, salt), modified cornstarch, monosodium glutamate, wheat flour, and caramel color. It doesn't just taste salty, nor does it taste entirely fishy. It's a complex sauce, not to mention one that has a rich, thick consistency that resembles ketchup. Other brands of oyster sauce will have a similar flavor but may flow more easily from the bottle like maple syrup.

Sweet, sometimes smoky teriyaki sauce can double as a substitute for oyster sauce, particularly when used as a glaze. Traditional teriyaki sauce is made with a combination of soy sauce, mirin, sake, sugar, cornstarch, and water. You can certainly make your own by cooking everything in a small pot on the stove until it's thickened, but there are many delicious bottled versions available that are more convenient.

This sweet-meets-nutty-meets-slightly-spicy sauce is a popular condiment in Cantonese Cuisine, much like oyster sauce, making it a great 1:1 substitute.

Unlike teriyaki or hoisin sauce, fish sauce has a liquid-like consistency that more closely resembles soy sauce or vinegar. It's made by coating small fish (like anchovies) in salt and letting them marinate until the fish naturally begin to break down, releasing a briny liquid that is then bottled and labeled as fish sauce. This Vietnamese pantry staple can be drizzled directly over sautéed or roasted vegetables, or you can add it to a dipping sauce with dark brown sugar, chile sauce, and lime juice for a makeshift alternative to oyster sauce.

You know and love soy sauce for dipping or using as the base for a stir-fry recipe. On its own, the consistency of soy sauce (at least the kind typically found at American grocery stores) and oyster sauce are not alike at all. Oyster sauce is viscous and soy sauce is basically water. To make up that difference, add one tablespoon of cornstarch to a one-half cup of soy sauce in order to thicken it.

Tamari is essentially gluten-free soy sauce (it's made from fermented soybeans and nothing else!), so the same rules above apply here. It tends to be a little thicker and less salty than regular soy sauce, though the difference is minimal so you'll still need a thickener like cornstarch or arrowroot powder.

For a totally vegetarian (bonus: vegan!) substitute for oyster sauce, use mushroom broth. Mushrooms naturally have a ton of that irresistible umami flavor, so you won't eat it just because you're not using oyster sauce. Like soy sauce and tamari, you will still need a thickening agent to achieve the same consistency as oyster sauce because the broth tends to be quite watery.