Doug Mastriano is the perfect reflection of today's GOP. More than Trump, he is the MAGA base 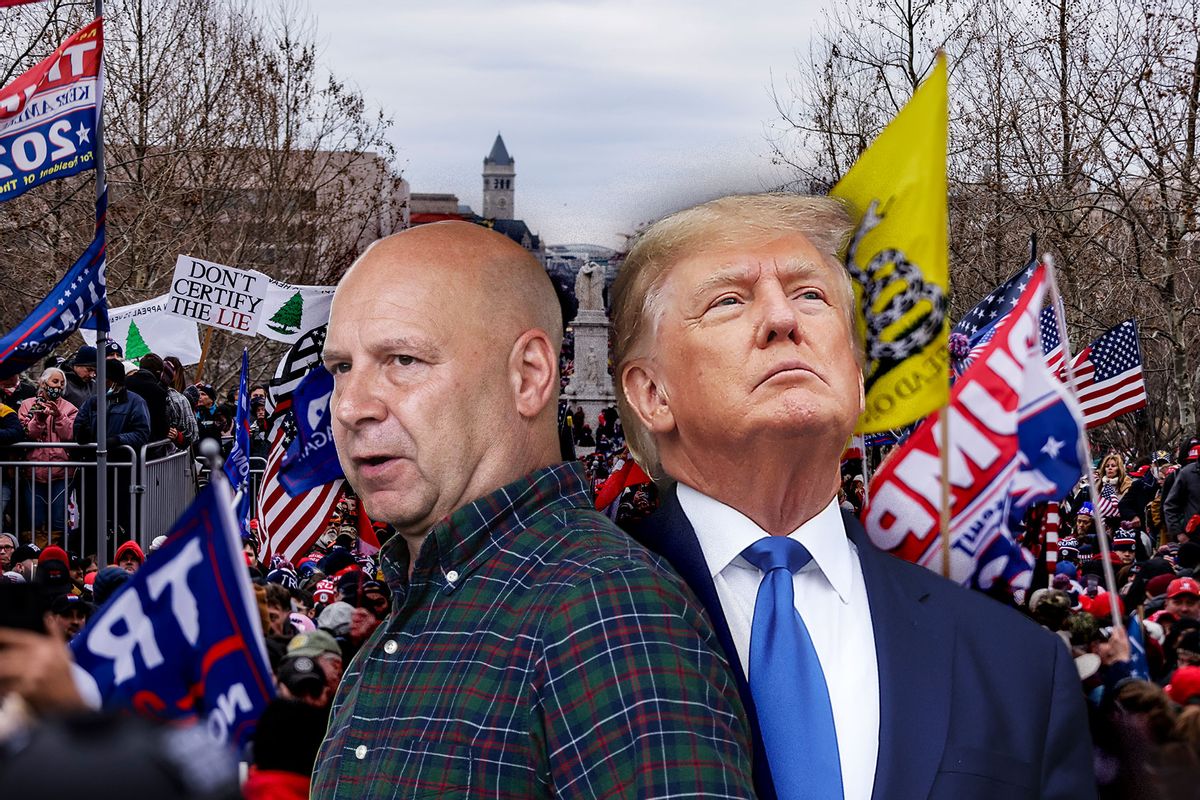 Last night, Pennsylvania Republicans nominated a Big Lie proponent and January 6th "Stop the Steal" attendee named Doug Mastriano to run for governor of Pennsylvania in November. Mastriano is so MAGA that even Donald Trump was afraid to endorse him — until it became obvious that Mastriano was going to win so he jumped on the bandwagon last Friday in order to keep his followers from wondering where his loyalties lie.

Kathy Barnette, the other super MAGA GOP candidate running for the open Senate seat, made a late surge but was unable to overcome her opponents, the Trump-endorsed TV celebrity Dr. Mehmet Oz and his arch-rival David McCormick, a wealthy hedge fund executive with establishment credentials. That race remains too close to call this morning and could be decided by late counted mail-in ballots. Funny that. The irony is so thick it would take a chainsaw to cut through it.

So, in the big marquee primary races in Pennsylvania, it appears that one undisputedly far right MAGA candidate won despite not being endorsed by Trump himself until the last minute and the other will be won by a hair by either the Trump endorsee or a man pushed hard by the GOP establishment.

Naturally, the big question among all the political analysts is whether or not Trump still has any clout.

He did seem to push JD Vance to the top in last week's Ohio Senate primary, but as you can see, it didn't seem to mean that much in Pennsylvania. Last week his chosen candidate for Nebraska governor (a fellow accused sexual abuser) lost badly, and last night Trump's choice for Idaho Governor (a far-right candidate in the Mastriano mold) also went down in flames.

Congressman Madison Cawthorn, meanwhile, in North Carolina lost his race, after a brutal barrage of negative opposition from the GOP establishment in D.C. which decided that he'd crossed their red line when he publicly mentioned that he'd been invited to cocaine-fueled orgies by members of Congress he'd always looked up to. Trump had endorsed Cawthorn and even stepped in belatedly on the day before the election to appeal to voters to give Cawthorn a second chance.  So that's another one in the loss column. Soothing the wound, however, was the big win by Ted Budd for Senate in North Carolina. Trump had endorsed Budd very early against the wishes of the state GOP.

So, the Trump endorsement clout game has been a mixed bag.

You can see that Trump obviously did not want to offend the MAGA voters ...

He, of course, will take credit for the wins and ignore the losses as he always does and his followers won't even notice. In fact, it seems pretty clear at this point that while they remain enthralled by Trump himself, MAGA is bigger than he is — and Pennsylvania's Mastriano is its poster boy. He's more Trump than Trump.

If there is an important story coming out of the primaries so far it's that there are two kinds of candidates in the Republican Party, those who are led around by the nose by the MAGA base and those who are the MAGA base. Ironically, Trump himself is one of the former. He's always been tuned into the right and far right's zeitgeist and he follows it closely. Take for instance what he said about the insurgent candidate Kathy Barnette in the days just before the election:

"Kathy Barnette will never be able to win the General Election against the Radical Left Democrats. She has many things in her past which have not been properly explained or vetted, but if she is able to do so, she will have a wonderful future in the Republican Party — and I will be behind her all the way."

That mealy-mouthed comment was worthy of Rep. Kevin McCarthy at his most unctuous. You can see that Trump obviously did not want to offend the MAGA voters who were flocking to her. They aren't his. He is theirs.

In fact, every Republican candidate has to ensure that he doesn't antagonize the base and even if he or she is trying hard to walk the line between the less doctrinaire Trump voters and the true believers in statewide races, some positions are non-negotiable.

For instance, no GOP candidates are allowed to admit that the Big Lie is a big lie otherwise they risk alienating a huge portion of the GOP electorate. Trump started that, of course. But it's no longer really about him. It's now a MAGA litmus test — a sign of respect, a sort of loyalty oath to the movement. If you aren't ready to deny reality in service to the cause, you simply aren't MAGA.

Candidates like JD Vance and Dr. Oz are willing to follow the base and do a fairly good job of sounding like they mean it. If David McCormick ekes out a win you can bet he'll have to do some fancy footwork to keep the base happy. But if you want a candidate who is the real deal, it's Doug Mastriano. He is the MAGA base. He's a hardcore evangelical Christian Nationalist, retired Army Colonel, far-right insurrectionist and QAnon conspiracy nut. He's got it all.

And if he wins this race, he will be able to choose his own secretary of state to administer elections in the important swing state of Pennsylvania. We don't have to guess what will happen:

There is nothing curious about it. They are saying that if elected Mastriano will ensure that Pennsylvania's 20 electoral votes will go to Donald Trump — or whomever they choose. They aren't even trying to hide it.

Doug Mastriano is the perfect reflection of today's GOP and you can bet they are thrilled that he has won such an important election. But just as the evangelical base happily made common cause with the libertine Trump in order to get their social conservative courts, the base will back others who are clearly inauthentic as long as they follow the party line. In the end it really doesn't matter what they believe in their heart of hearts, the end result is the same. The MAGA genie is out of the bottle and it's unclear if the American people will be able to put it back in.