TikTok's viral "bark at your dog" challenge may not be a good idea, experts say

Dog behaviorists say barking at one's dog may stress them out, and could even be a breach of trust 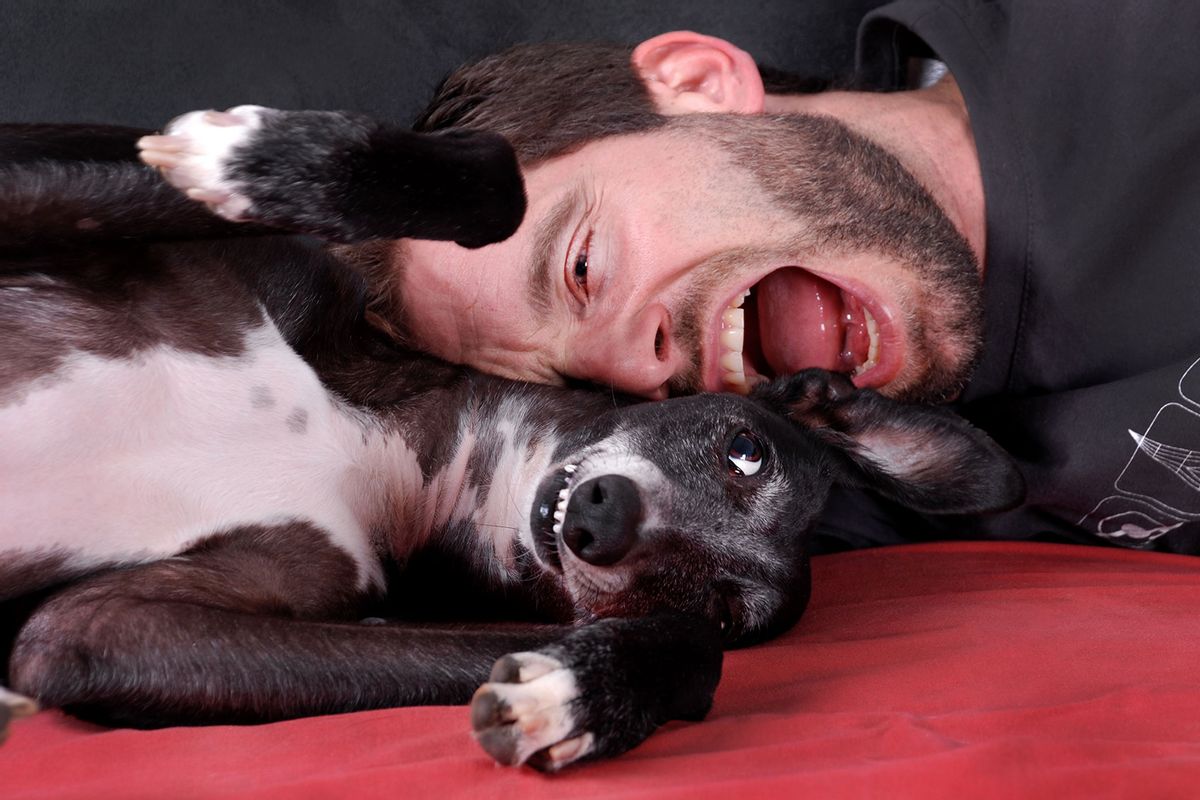 Since late last year, dog owners on TikTok have been participating in what might seem like an innocent, even cute TikTok trend that involves barking at your dog.

The hashtag #barkatyourdog has over 156 million views on TikTok, and its participants run the gamut in age and popularity (many TikTok stars have dabbled in it). The video trend involves getting close to your canine's face, barking loudly and recording the dog's reaction. Perhaps unsurprisingly, most dogs look confused.

While it might seem like just another harmless social media challenge, canine behaviorists are warning against participating in it.

"I wouldn't recommend it," Cathy Madson, a lead dog trainer at Preventive Vet, told Salon. "From what I've seen, the majority of dogs just don't know what to do with that."

RELATED: Your dog has a rich interior life it's not telling you about

As Madson alluded to, while human might find the interaction entertaining, it essentially leaves the dogs confused.

"Dogs know that we're not dogs," Madson said. "So they're probably like 'What are you doing?' But when dogs bark, barking can mean a lot of things."

"They might feel afraid because they don't know what they did wrong, but you just told me to back off."

Indeed, a happy bark, usually accompanied by a tail wag, is typically a dog's way of greeting someone. Dogs may also bark to seek attention; perhaps they want a treat, to go outside or to play.

But a dog's bark doesn't always signal happiness or excitement. It's a form of communication for dogs to let each other know that there's something going on: hence, when one dog barks and the rest of the neighborhood dogs eventually chime in. Moreover, barking can also mean "back off," or "go away."

"If a person barks at them, it can tell them 'you need to get away from me' — and so they run away," Madson said. "They might feel afraid because they don't know what they did wrong, but you just told me to back off."

Madson added that getting in a dog's face can be a bite risk.

"It's just putting us face to face with them, which for a lot of dogs is pretty confrontational and intimidating," Madson said. "If some dogs are more confident, and there happens to be a resource around, they're like 'Well I'll fight you on that,' and then they respond the same way, then you have issues with there being a bite risk."

In December 2021, dog trainer Sassafras Lowrey published a piece for the American Kennel Club warning people not to participate in this "dangerous" trend, and citing many issues with it. One of her worries was that dogs typically aren't comfortable with a human getting in their face. Another issue is making such close eye contact with the dog.

"Staring at a dog can result in that dog reacting defensively to the person staring at them," Lowrey wrote. "You never want to make and maintain eye contact with a strange dog, and even though you know your own dog well, staring is still not a good idea as it can cause dogs to feel uncomfortable."

"You can tell which dogs, in some of these videos, have a very trusting relationship with their people — but then you can see the dogs who don't."

Madson said in the videos she's seen of the trend, she's noticed a lot of dogs exhibit "whale eye." As explained by the AKC, "whale eye" is a term used to describe when you can see the whites of your dog's eye, known as the sclera. This is generally a sign that a dog is stressed or anxious.

Madson added that by tricking one's dog, it could lead to a breach of trust — especially if it's done with a new pet.

"You can tell which dogs, in some of these videos, have a very trusting relationship with their people, but then you can see the dogs who don't," Madson said. "If they get startled or scared, then they can have a reaction where they associate you staring into their face, and being right next to their face... and the next time you do that, they're thinking, 'Oh my god, are you going to do that again? And scare me?'"

Madson said it could be "damaging to that relationship" because the dog doesn't know what to expect.

#Barkatyourdog is just one of many curious dog-related TikTok trends. Another one trending involves users kissing their dogs, and observing their reaction. Madson said she wouldn't recommend that one either, because it requires a person to get in one's dog's face, which could make a dog uncomfortable, stressed or anxious.

Instead of participating in ill-advised TikTok trends with your dog, Madson has another suggestion for owners who want to bond with their pets.

"Look for better ways to have fun with your dog, like initiating play with a toy or asking them for a cute trick," Madson said. "I think we just need to encourage people to do better TikTok trends."