Who would've guessed that news from a Twitter user called @JohnWRichKid was false? Not the GOP 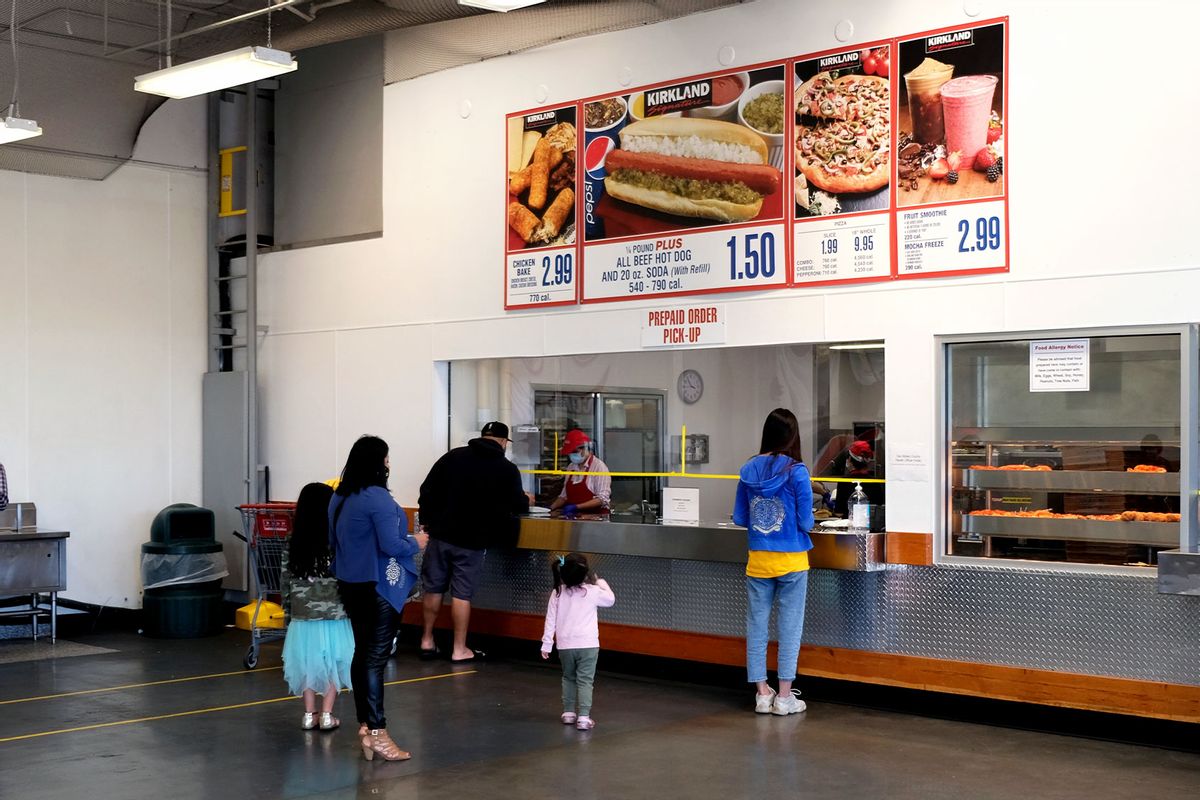 On May 18, Twitter user @JohnWRichKid, whose username at the time was "Breaking911," sent out this tweet: "***BREAKING--COSTCO ANNOUNCES PLANS TO RAISE FOOD COURT HOT-DOG PRICES BY $1 DUE TO INFLATION."

Two hours later, @HouseGOP, the official account of the Republican Conference of the U.S. House of Representatives, retweeted the announcement, adding that "#Bidenflation comes for everything."

However, that claim about Costco hiking its prices is false. In the GOP's rush to get in a jab at President Joe Biden, they spread fake news from a source whose Twitter bio reads, "Wendy's Fry Cook - I like to make memes - PARODY."

Since it debuted in 1985, the price of Costco's hot dog and drink combo has not changed. Through booms and recessions, it has stayed steady at $1.50. During a 2018 presentation for the Issaquah Chamber of Commerce, Costco CEO Craig Jelinek recounted a now-viral exchange he had with Costco co-founder Jim Singal.

"I came to him once and I said, 'Jim, we can't sell this hot dog for a buck fifty. We are losing our rear ends,'" Jelinek said. "And he said, 'If you raise the effing hot dog, I will kill you. Figure it out.'"

And figure it out, Jelinek did. Costco built its own hot dog-manufacturing plant in Los Angeles, followed by one in Chicago, in order to produce Kirkland Signature hot dogs.

"By having the discipline to say, 'You are not going to be able to raise your price. You have to figure it out,' we took it over and started manufacturing our hot dogs," Jelinek said. "We keep it at $1.50 and make enough money to get a fair return."

According to Jelinek, the $1.50 hot dog and drink meal has become, in many ways, synonymous with Costco. It's basically set in stone.

I called the Costco location closest to me, which is the Chicago South Loop Warehouse. The food court representative confirmed the price of the meal was still $1.50.

The House GOP deleted the original tweet, though its feed continues to be dominated by tweets about #Bidenflation. @JohnWRichKid, meanwhile, posted a screenshot of the GOP's retweet with the caption "got 'em."

More stories about about food and politics: