How will laws against abortion be enforced? Other countries offer chilling examples

In Argentina, midwives were prosecuted. In Brazil, clinics were raided. In Rwanda, hundreds of women went to jail 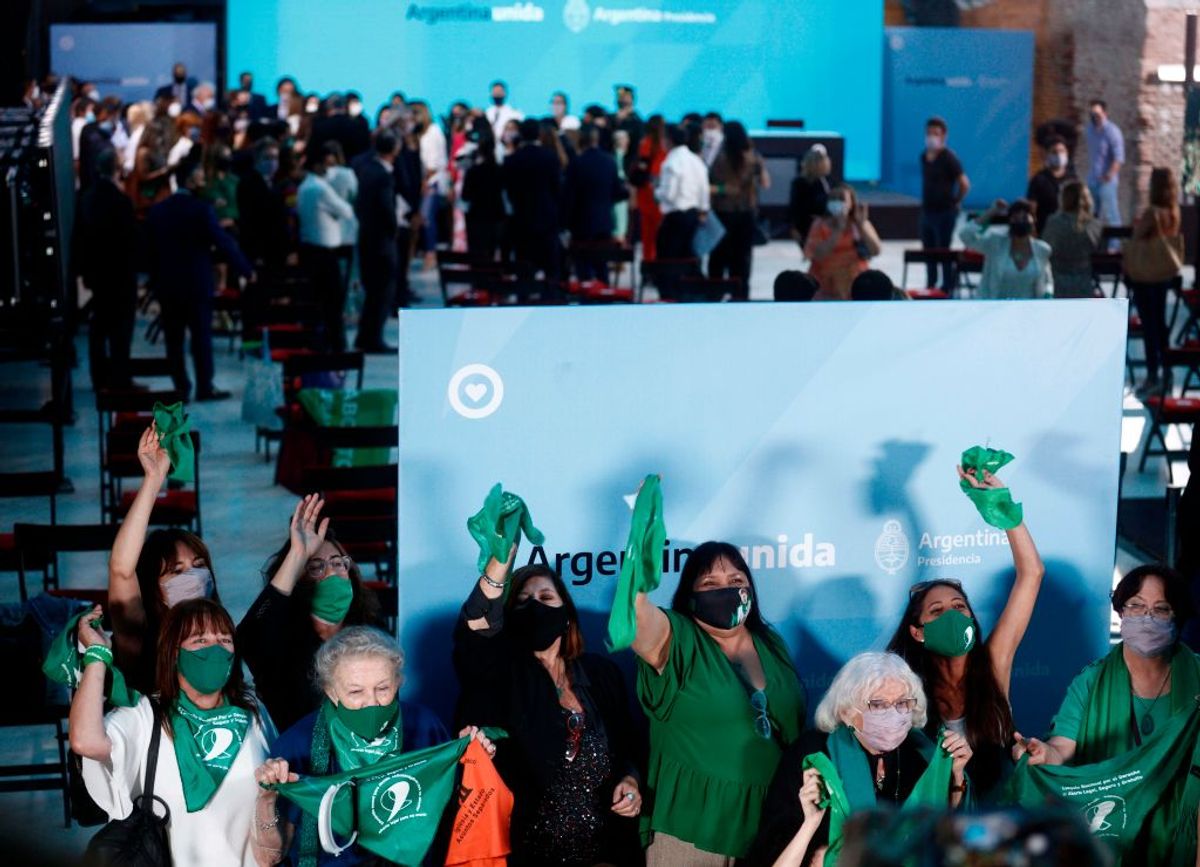 Within the next month it is very likely the Supreme Court will overturn Roe v. Wade and eliminate the federal constitutional right to an abortion. When that happens, dormant trigger laws in many states will immediately go into effect and abortion will become a crime. Because abortion will be regulated at the state level, enforcement and penalties will vary greatly. Kentucky, South Dakota, North Dakota, Tennessee, South Carolina and Missouri are just some of the states that would make providing an abortion a felony, with penalties including jail time up to 20 years. Other states, too impatient to wait for the court decision, have already moved to increase penalties for either having or providing an abortion. Louisiana attempted to classify abortion as a homicide, although lawmakers there have since walked back the effort. Texas is uniquely punitive, criminalizing abortion after six weeks and incentivizing enforcement through the private sector by offering bounties of $10,000 cash to deputized ordinary citizens who can sue anyone involved in providing an abortion.

All of which raises the question of how criminal abortion laws will be enforced in this country once Roe falls. We already have some idea. Today in the United States, several women are in jail, and some have been charged with murder, for a loss of pregnancy. In a 2013 peer-reviewed study, National Advocates for Pregnant Women documented 413 cases of arrests, detentions and forced interventions on pregnant people from 1973 to 2005. As recently as April, a Texas woman was arrested and detained on murder charges for self-inducing an abortion. Those charges were eventually dropped, but these cases all raise the specter that with the removal of federal protections, enforcement will only increase.

RELATED: Here's what it was like trying to get an abortion in the U.S. before 1973

To get a sense of where we're heading, it is instructive to look at law enforcement in countries with restrictive abortion laws.

My organization, Ipas, conducted two studies on the enforcement of abortion laws in Latin America (Argentina, Bolivia and Brazil) and Rwanda, and its impact on women and their families. Our findings show that women generally enter the criminal justice system in two ways: through community reporting or through the medical sector. That is, a community member may be aware that a woman has had an abortion and then reports that woman to law enforcement. Or a health care worker might be treating a woman for complications from an unsafe abortion, and then reports her to the police.

But sometimes the provider or health care worker is the target of law enforcement. In Argentina, the Center for the Study of State and Society (CEDES) has documented that between 1990 to 2008 there were 417 cases of women or providers who were found guilty for the crime of illegal abortion, and based on national-level data from 2006 to 2008, more than 80 percent of the convictions were against midwives.

In Brazil, enforcement comes in the form of raids on private clinics. In 2007, police raided a clinic suspected of providing illegal abortions. In violation of the country's law protecting privacy and the right to confidentiality in health care, police have confiscated the medical records of almost 10,000 female patients. In 2009, the police raided four clinics in Rio de Janeiro. Police raids on clandestine abortion clinics in Brazil have led to the arrest and prosecution of women and providers.

In Rwanda, women, and young girls in particular, are the targets of law enforcement. A study from Ipas and the Great Lakes Initiative on Human Development (GLIHD) found that over a one-year period, from 2013 to 2014, 313 women and girls were incarcerated for illegal abortions in five prisons in Rwanda.

While each country has a different legal, political and social context, we can extrapolate several trends that contribute to high rates of enforcement in any country with restrictive abortion laws, either of women or health care workers: a misunderstanding of the law, over-policing of marginalized communities and stigmatization of women and providers.

Brazilian police confiscated the medical records of nearly 10,000 women. Within just one year in Rwanda, 313 women and girls were incarcerated for illegal abortions.

If the point of criminalizing abortion is to present a deterrent to pregnant people, we know it doesn't work. Even Republicans know this isn't a winning strategy, particularly from a PR perspective. In a classic case of gaslighting, a recently circulated memo by the National Republican Senatorial Committee encouraged members to push the talking point that "Republicans DO NOT want to throw doctors and women in jail."

Yet arresting, prosecuting and putting women and providers in jail is exactly what will happen when Roe is rolled back. Indeed, it's already happening in states like Texas.

As the U.S. barrels backwards on women's health and women's rights, we can look to some of the same countries where abortion was restricted, and arrests and prosecutions were high, to see how they addressed these issues. In 2020, Argentina liberalized its restrictive abortion laws, and the procedure is now legal on demand in the first 14 weeks of gestation. In Rwanda, in a significant and unprecedented gesture, President Paul Kagame — who is hardly a champion of human rights in general — pardoned dozens of girls and young women imprisoned for abortion-related crimes.

While it is heartening that some local prosecutors in the U.S. have already pledged not to enforce abortion laws, that will not stem the tide of arrests and prosecutions that will inevitably come in the wake of Roe's dismemberment. We can prepare by educating the public, law enforcement and the health sector not just about the parameters of abortion in each state, but also about their human rights obligations to ensure access to health care, information and privacy.

Read more on the likely fall of Roe v. Wade, and the consequences:

Gillian Kane is the senior technical lead for policy and advocacy at Ipas, an international women’s reproductive health and rights organization. Twitter: @GillianKaneNY