"We're in the stage when Republican politicians hide and hope this blows over. Don't let it," advocates warn 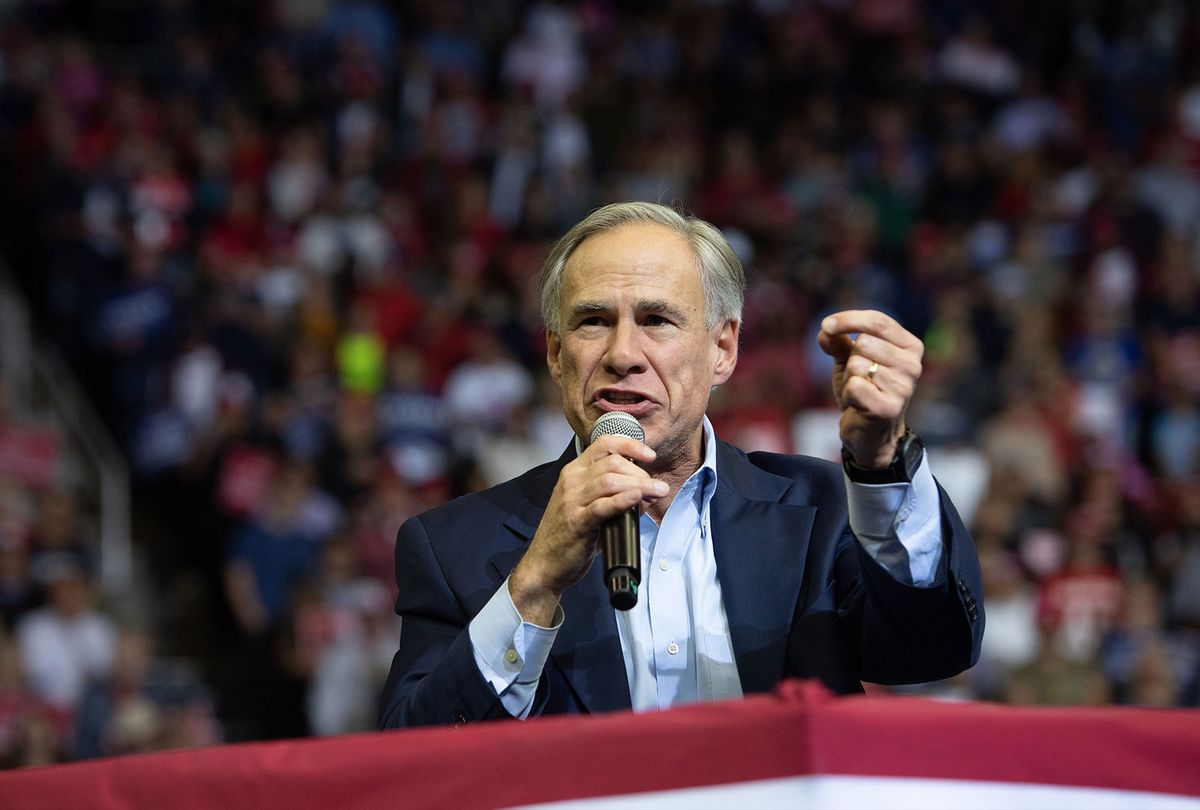 Texas Gov. Greg Abbott garnered headlines late Thursday indicating that he plans to "skip" the National Rifle Association's annual meeting in Houston on Friday and instead travel to Uvalde, where a gunman killed 19 children and two teachers at an elementary school earlier this week.

But a look beyond the headlines reveals that Abbott is not actually skipping the event. In an apparent attempt to have it both ways, the governor recorded video remarks that will be played at the gun lobby's convention as he holds a press conference with local officials and grieving residents in Uvalde.

"We're in the stage when Republican politicians hide and hope this blows over. Don't let it," Leah Greenberg, co-executive director of the progressive advocacy group Indivisible, tweeted in response to Abbott's adjusted plans.

Musician Curtis Stigers was among those voicing outrage that Abbott—a fervent opponent of basic gun-safety regulations and recipient of NRA campaign cash—still intends to deliver remarks to the convention, just not in person.

"This is bullshit," Stigers fumed, reacting to a social media post suggesting that he canceled his appearance. "He is still appearing, he's just doing it on a pre-recorded video... He still has the blood of all of those little children on his hands. Greg Abbott is a murderer."

Other prominent Republicans, including former President Donald Trump and Sen. Ted Cruz, R-Texas, are still expected to address the NRA gathering in person as gun control advocates prepare to hold protests outside the George R. Brown Convention Center in Houston.

"I'm going to be there because what Democrats and the press try to do in the wake of every mass shooting is they try to demonize law-abiding gun owners, try to demonize the NRA," Cruz, who has received nearly $750,000 in donations from gun lobbying groups including the NRA over the course of his political career, told a local CBS reporter on Thursday.

Brenda Victoria Castillo, president and CEO of the National Hispanic Media Coalition (NHMC), said in a statement Friday that "it's no wonder that Governor Abbott (who has received over $20,000 in gun-lobby dollars) and Senator Ted Cruz (who has received $749,000 in gun-lobby dollars) are poised to take no action at all; they are at the helm of whatever the NRA wants."

"NHMC is beyond appalled at these Texas politicians' deplorable actions and denounces their blatant disrespect for the victims of Tuesday's horrific massacre," said Castillo. "The NRA has and continues to oppose reasonable reforms such as background checks on gun sales, red flag laws to keep militarized weapons off the hands of unfit individuals, closing the gun-show loophole, and bans on assault weapons and high-capacity magazines. All solutions the majority of Americans support."