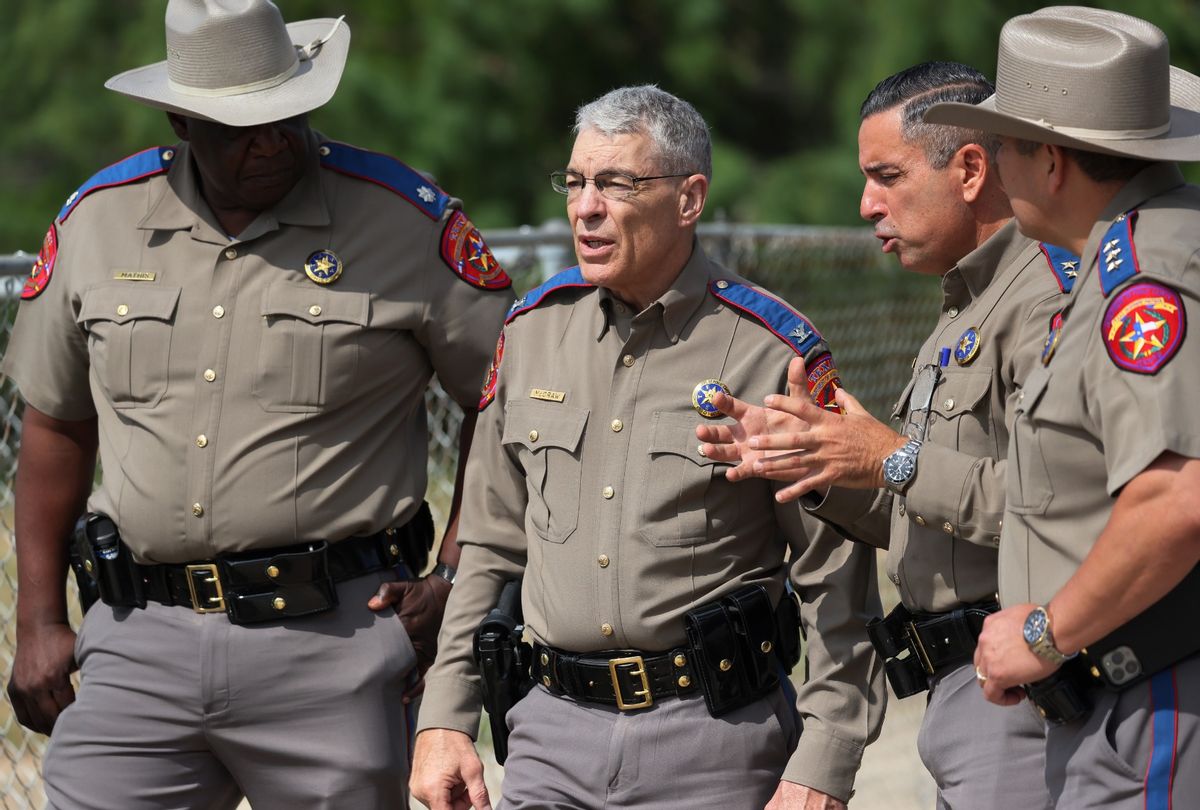 The Uvalde school district police chief is refusing to cooperate with investigators after more of the department's initial claims about the Uvalde shooting response unraveled.

Pete Arredondo, the chief of police at Uvalde Consolidated Independent School District who made the call to hold law enforcement officers back for more than an hour after the shooting began, has not responded to a request for an interview with Texas Rangers for several days, spokespeople for the Texas Department of Public Safety told the Texas Tribune.

The DPS told the outlet on Tuesday that Arredondo "provided an initial interview but has not responded to a request for a follow-up interview with the Texas Rangers that was made two days ago."

The school district department and the Uvalde Police Department have otherwise cooperated with the probe, DPS spokesperson Travis Considine told the outlet.

Arredondo on Tuesday was sworn in as a member of the city council, Uvalde Mayor Don McLaughlin said, after he was elected weeks before the shooting. The swearing-in was initially postponed but was ultimately held without a public ceremony instead, according to NBC News.

The swearing-in came just days after DPS Director Steven McCraw faulted Arredondo's choice to hold officers back and wait for reinforcements rather than engage the shooter.

"With the benefit of hindsight, where I'm sitting now, of course it was not the right decision, it was the wrong decision, there was no excuse for that," McCraw said.

The Combined Law Enforcement Associations of Texas, the largest police union in the state, urged police to "cooperate fully" with the investigation without naming Arredondo.

The union blamed state officials on Tuesday for "a great deal of false and misleading information in the aftermath of this tragedy," some of which "came from the very highest levels of government and law enforcement."

"Sources that Texans once saw as iron-clad and completely reliable have now been proven false," the union said in a statement.

Officials last week blamed a teacher for leaving the door propped open but that claim fell apart on Tuesday. The unidentified teacher's lawyer told the San Antonio Express-News that the teacher closed the door after reporting that Ramos crashed his vehicle outside the school.

"She saw the wreck," attorney Don Flanary said. "She ran back inside to get her phone to report the accident. She came back out while on the phone with 911. The men at the funeral home yelled, 'He has a gun!' She saw him jump the fence, and he had a gun, so she ran back inside.

"She kicked the rock away when she went back in. She remembers pulling the door closed while telling 911 that he was shooting. She thought the door would lock because that door is always supposed to be locked."

DPS spokesman Travis Considine later confirmed that the teacher closed the door but it did not lock.

"We did verify she closed the door," Considine said. "The door did not lock. We know that much, and now investigators are looking into why it did not lock."

DPS says two Uvalde police officers tried to engage the suspect after he opened fire in the school but were shot and backed off. According to DPS, 19 officers huddled outside the classroom door for more than an hour as Arredondo held off both local law enforcement and federal officers who arrived to assist. McCraw said Arredondo made the call to treat the gunman as a "barricaded suspect" rather than an active shooter and believed children were no longer at risk, which he described as a mistake.

Audio released from 911 calls shows children begging for police assistance while trapped in the classroom.

One girl called the police multiple times begging for assistance.

"Please send police now," she pleaded with a 911 dispatcher, more than 40 minutes after her first frantic call.

McCraw said last week that the 911 information may not have been relayed to officers on the ground but a new video obtained by ABC News shows 911 dispatchers alerting police that the classroom was "full of victims." It's unclear if anyone on the scene heard the calls.

Though McCraw said Arredondo believed the children were no longer at risk, DPS spokesperson Chris Olivarez told CNN on Friday that officers were reluctant to engage the gunman because "they could've been shot." Olivarez said that police were waiting for a tactical team from Border Patrol to arrive. But The New York Times reported last week that Arredondo also held the Border Patrol team back as well. NBC News reported that the team defied the instructions and ultimately confronted the shooter, killing him.

Meanwhile, dozens of police officers and law enforcement agents were gathered outside of the school. While some helped evacuate the rest of the school, others worked crowd control, preventing parents from getting into the school. Some parents reported being handcuffed and said others were even Tasered, tackled and pepper-sprayed.

Abbott, who relayed the initial claims at multiple press conferences, told reporters on Friday he was "livid" that he was "misled" about what happened.

"The information I was given turned out, in part, to be inaccurate, and I am absolutely livid about that," said Abbott, who had repeatedly praised law enforcement for their "amazing courage."

"It could have been worse," he said Wednesday. "The reason it was not worse is because law enforcement officials did what they do."