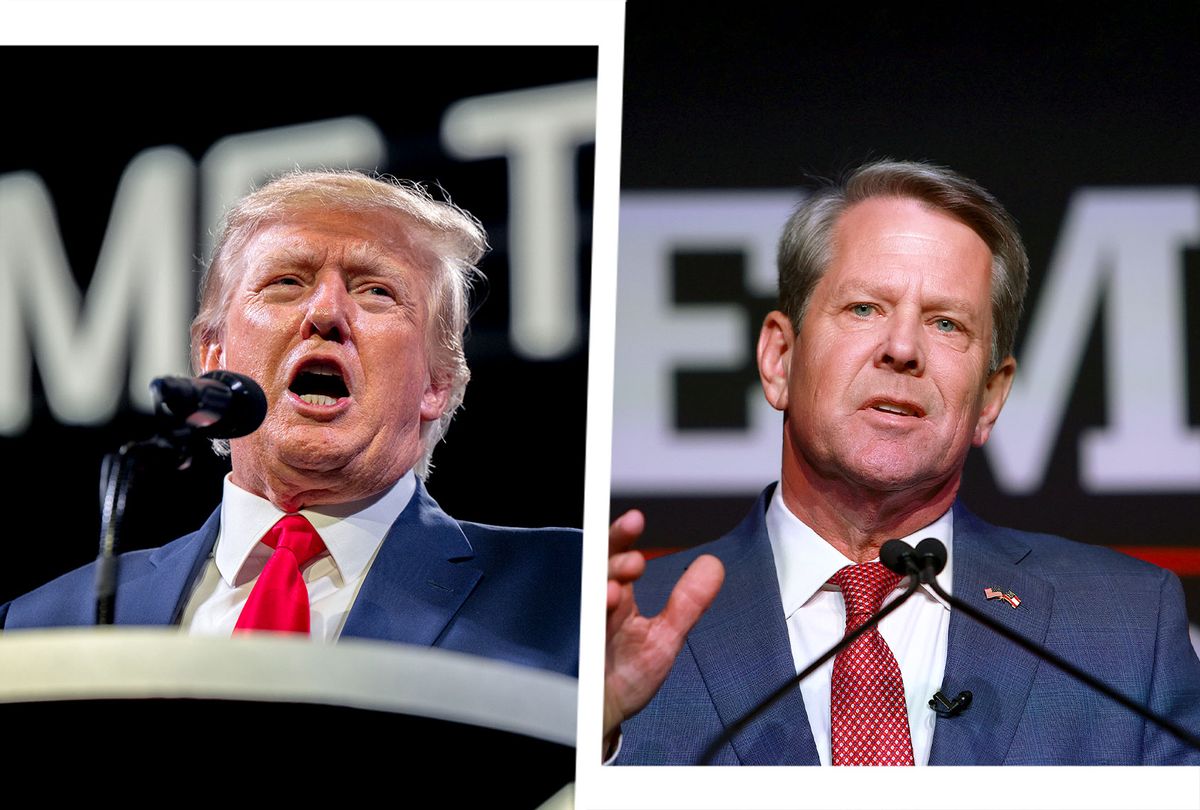 Donald Trump, who has backed former Sen. David Perdue, R-Ga., in the Georgia gubernatorial primary, is pushing the baseless allegation that Perdue lost to Gov. Brian Kemp by way of election fraud.

More than one week after Perdue conceded on election night, the former president revised his fraud conspiracies in an email sent out by his "Save America" PAC, which linked to an article posted by former Newsmax correspondent Emerald Robinson. In the article, Robinson casts doubt over Kemp's margin of victory, suggesting that his win was a sign of "obvious fraud."

"On Primary Day in Georgia, Kemp gets 74% and Perdue gets 22%. Nobody in any election in America gets 74% of the votes," she writes. "Ever. It doesn't happen. Obvious fraud."

RELATED: Georgia GOP outraged Trump turned against Brian Kemp: 'I am just so mad — beyond words"

There is no evidence that Georgia's gubernatorial primary was impacted by fraud. Further, while a 52% margin of victory might be relatively large for most elections, it is not unprecedented, as journalist Steven Fowler explained over Twitter. In her 2020 House races, Rep. Marjorie Taylor Greene, R-Ga., beat her Democratic general opponent with about 50% more of the vote. In the last presidential election, Trump likewise trounced Biden in Wyoming with over 70% of the vote.

Robinson is currently employed by Lindell-TV, the online streaming platform founded by MyPillow CEO Mike Lindell, one of Trump's most vocal election deniers. Robinson was fired last year after spreading misinformation about the COVID-19 vaccine.

"Dear Christians: the vaccines contain a bioluminescent marker called LUCIFERASE so that you can be tracked," she wrote at the time in a since-deleted Twitter post. "Read the last book of the New Testament to see how this ends."

In Georgia, Perdue's loss isn't only the setback in Trump's crusade to install MAGA-friendly candidates in the upper echelons of state governments.

Last month, Trump-backed secretary of state candidate Rep. Jodi Hice, R-Ga., lost to incumbent Brad Raffensperger, who famously rejected the former president's request to "find" enough votes to overturn the election in Trump's favor. Raffensperger won 52% of the vote, while 33% went to Hice, who conceded in short order. According to The Atlanta Journal-Constitution, Trump was reportedly "stunned" by Hice's loss.