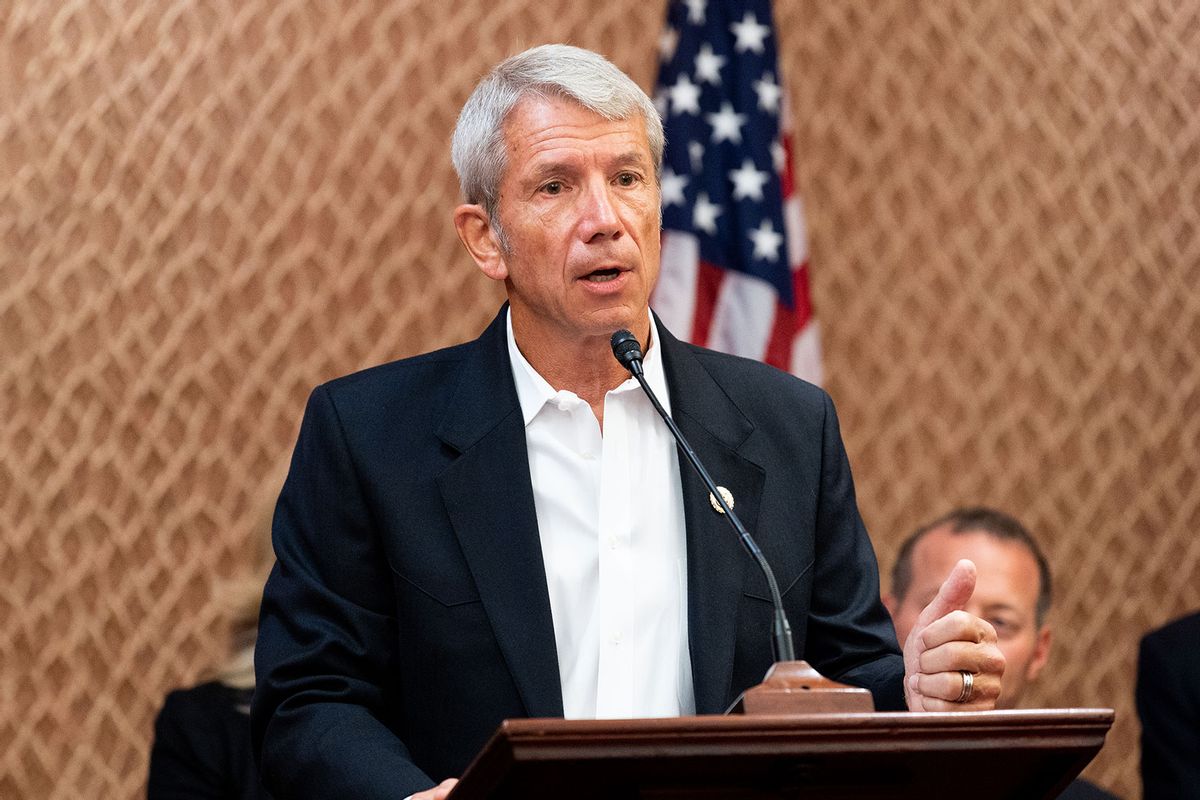 Rep. Kurt Schrader, D-Ore., known by some as the "Joe Manchin of the House," has officially lost the state's Democratic primary election to progressive challenger Jamie McLeod-Skinner, bringing Schrader's 13-year term to a bitter end. CNN was one of the last outlets to project McLeod-Skinner's slim victory on Tuesday, two weeks after the May primary. Schrader, for his part, conceded on Friday.

"My team, voters, countless volunteers, President Biden, and my family have all been there for me and worked so hard on behalf of Oregon's 5th Congressional District. Thank you for your passion and hard work," Schrader wrote. "I congratulate my opponent on her tireless efforts and successful primary campaign. It has been my honor to serve as Representative for Oregon's 5th congressional district for these past 14 years."

Early returns on election night revealed McLeod-Skinner held 61% of the vote compared to 39% for Schrader, according to Oregon Live. Still, far from every vote has been tallied, in part because of a printing error in Clackamas County, meaning that Schrader's vote count could increase in the coming days.

Schrader's loss is a significant upset. The incumbent raised $2 million in campaign funds as compared to McLeod-Skinner's roughly $340,000 from the Working Families Party and Indivisible, as The Intercept reported. Schrader, who has served in the House since 2009, has also benefited from significantly more name recognition than McLeod-Skinner, an attorney, emergency response coordinator, and board member of the Jefferson County Education Service District.

Along the campaign trail, McLeod-Skinner repeatedly bashed Schrader over his relatively conservative positions on issues like fair drug pricing and accountability for the Capitol siege.

Last January, amid a Democratic attempt to impeach to Donald Trump over his alleged incitement of the Capitol insurrection, Schrader broke ranks, calling the proceedings "a lynching." Schrader's comment was widely criticized by Democrats.

RELATED: AOC slams Democrat who opposed $2,000 coronavirus relief checks: "Err on the side of helping people"

Schrader has also been a stalwart defender of Big Pharma, from which he has collected millions of dollars for his re-election campaign, as the Intercept noted. Back in September, the conservative Democrat cast a key Democratic vote against a Biden-backed bill to let Medicare negotiate the cost of costly prescription drugs. He was also one of a handful of House Democrats to oppose Biden's domestic Build Back Better package. Schrader, however, retained Biden's endorsement.

In addition, Schrader has taken substantial money from PACs linked to the Democratic Majority for Israel, a pro-Israel advocacy group with a history of tarring progressives who have condemned the country's role in the Israeli-Palestinian conflict.

McLeod-Skinner, for her part, vowed to take no money from any PACs. The progressive's constant prodding of Schrader earned her endorsements from a medley of local and national unions, including the Service Employees International Union (SEIU) and United Food and Commercial Workers (UFCW). In recent months, she has also seen imprimaturs from local papers.

Schrader's loss marks the first time that any congressional incumbent has lost in an Oregon primary since 1980.

RELATED: Moderate Democrats are about to sell out Americans to drug companies