Sen. Bernie Sanders urges U.S. to use resources on cracking down on real criminals 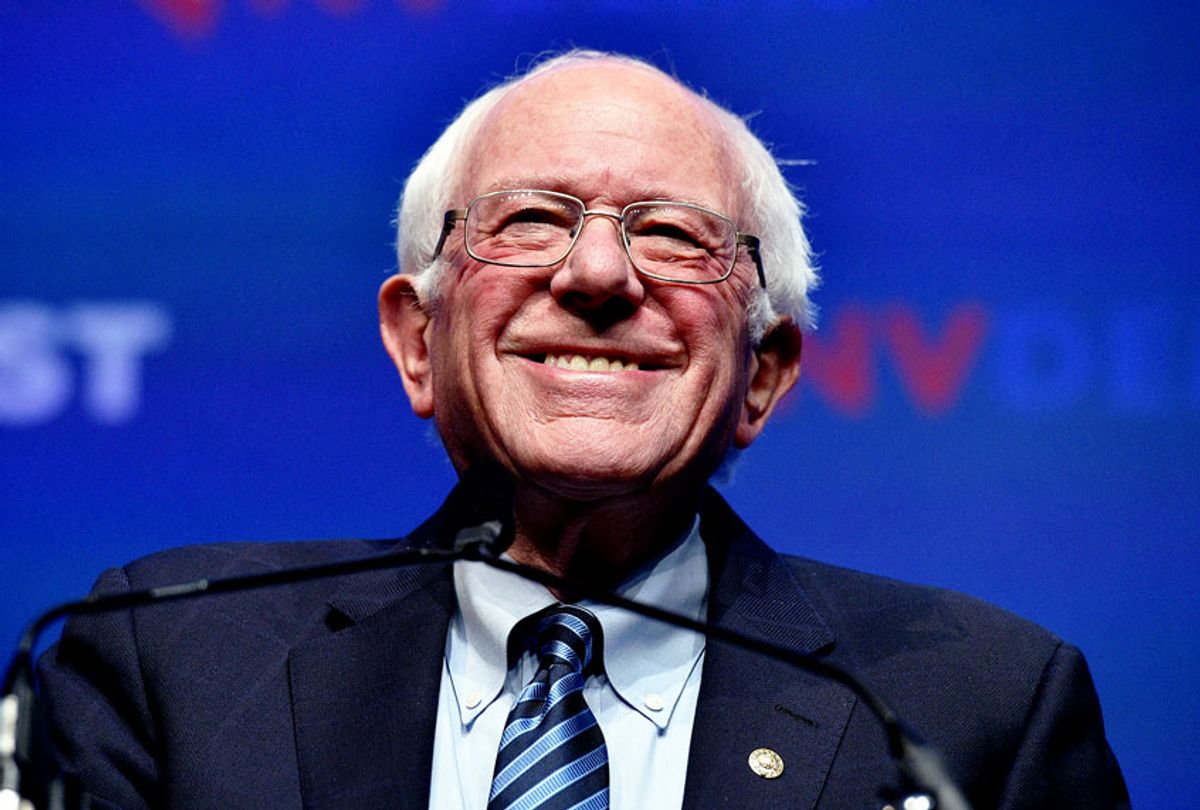 Sen. Bernie Sanders suggested Friday that instead of bringing the weight of the criminal justice system down on marijuana users, the United States should use its resources to crack down on corporate crime as prosecutions of law-breaking businesses and white-collar offenders remain at record lows.

Noting that a disproportionate number of those arrested for marijuana possession are poor people and people of color, Sanders (I-Vt.) wrote in an email to supporters that the Justice Department must "start prosecuting the crooks on Wall Street for laundering money from drug cartels, suspected terrorists, and corrupt foreign officials."

Additionally, the Vermont senator called on Congress to finally legalize marijuana at the federal level, arguing it is an issue of both criminal and economic justice.

"When you fill out an application for a job, one of the first questions you are asked is whether or not you have a criminal record," Sanders wrote. "It is extremely unfair for people to be denied jobs because they were once arrested for smoking marijuana. Enough is enough."

Despite Senate Majority Leader Chuck Schumer's (D-N.Y.) vow to prioritize the issue, he has yet to unveil a marijuana legalization bill in the upper chamber as he continues holding talks with members of both parties in an effort to secure the 60 votes needed for passage.

In April, the House approved legislation that would decriminalize marijuana nationwide and expunge federal cannabis convictions.

"We must reform our broken and racist criminal justice system, and one of the ways we can do that is by finally legalizing marijuana at the federal level," Sanders wrote Friday, promoting a petition calling on Congress to pass a legalization measure.

"It starts with changing the Federal Controlled Substances Act which, if you can believe it, currently puts marijuana in the same category as heroin. That's absurd and defies all scientific judgment," Sanders added. "The good news is that in recent years, we have seen state after state decriminalize marijuana, and we have seen communities expunge the criminal records related to marijuana offenses."

"What we are now seeing is a radical change of consciousness among the American people on this issue," the senator continued. "So now is the time for Congress and the federal government to end the war on drugs and legalize marijuana nationwide."

Recreational marijuana is currently legal in 19 U.S. states and the District of Columbia, and 37 states have legalized cannabis for medicinal purposes.

While marijuana arrests in the U.S. fell substantially in 2020 amid the coronavirus pandemic, there were still an estimated 350,150 arrests for marijuana-related offenses that year, the latest for which federal data is available. In 2019, U.S. police arrested 545,602 people for marijuana-related violations—and 92% of those arrests were for possession.

"We have a criminal justice system today that is not only broken—it is racist and it is unjust," Sanders wrote in his message to supporters. "Many thousands of Americans, often Black and Brown, are sitting in jail today because of marijuana convictions or because they can't afford bail. That injustice must end."

Meanwhile, recent research shows that prosecutions of corporate and white-collar crime have plunged in recent years.

"Allowing corporate crime to go unpursued and unpunished is not an option," the group said. "Rampant corporate crime means Americans are at increased risk of being victimized by businesses putting the pursuit of profit above the law, and faith in the American justice system, which so often brings the harshest consequences down on the most powerless defendants, is undermined."