GOP lawmaker still "livid" over Jan. 6, calls Trump a "narcissist" who is "driven by revenge"

“I did it then," Rice said of his vote to impeach Trump after January 6. "And I would do it again tomorrow" 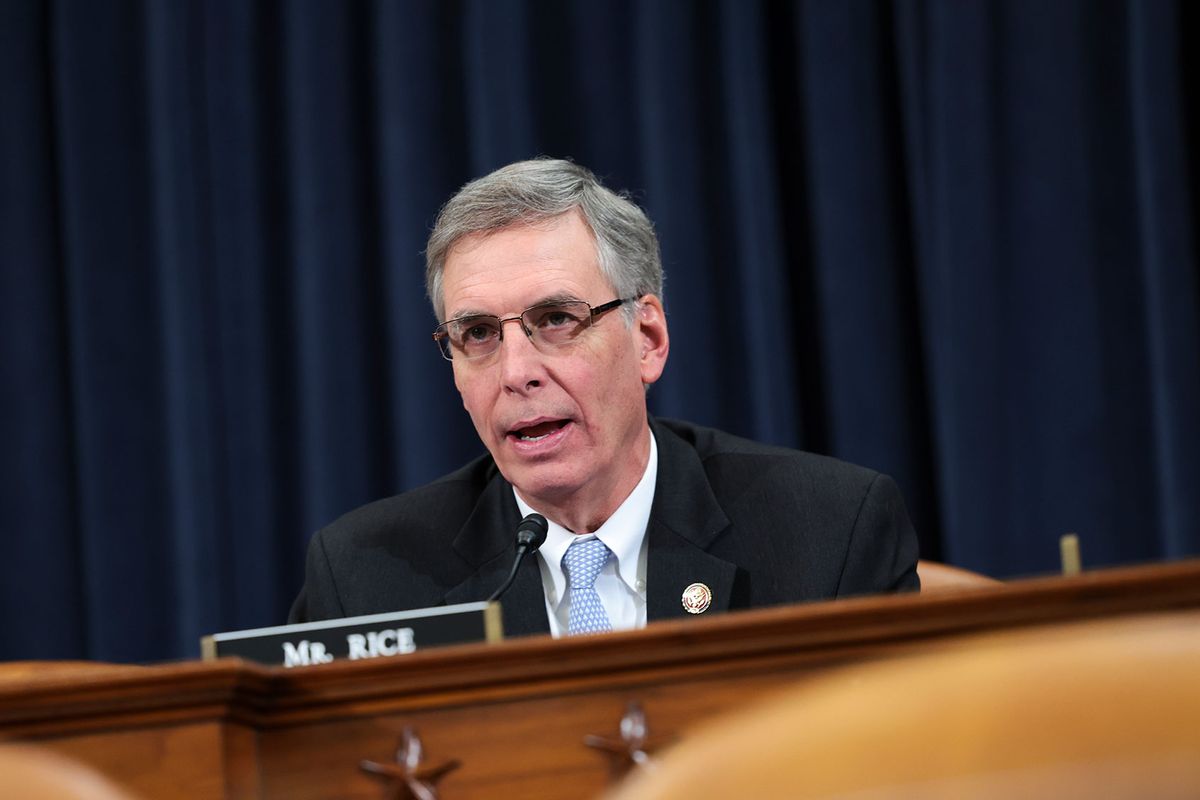 Rep. Tom Rice, R-S.C., who voted to impeach Donald Trump after the Capitol riot, said on Sunday that he's still "livid" over the former president's failure to put an end to the insurrection.

Asked about his impeachment vote, Rice said, "I did it then. And I would do it again tomorrow."

Rice, who took office in 2013, has been a vocal anti-Trump Republican since January 6. He faces a crowded field of primary challengers, one of whom, state Rep. Russell Fry, has received Trump's endorsement

Trump, for his part, has called Rice a "a total fool," claiming that he "abandoned his constituents by caving to Nancy Pelosi and the Radical Left."

But during the Sunday interview, Rice pushed back on Trump's remarks. "If I am a disaster and a total fool, and I voted with him 169 or however many times, what does that make him, right?" he said. "I'm taking his lead."

Rice also said that he'd consider throwing his weight behind Trump if the former president made a formal apology for stoking the insurrection.

"If he came out and said, 'I'm sorry I made a huge mistake on January 6th,'" the congressman said, "then I might consider it."

Back in January 2021, Rice was censured by the South Carolina Republican Party for impeaching the president. Months later, the anti-Trump Republican voted in support of legislation to establish the House panel tasked with investigating the Capitol riot.

While Rice was one of 126 House Republicans to back Texas v. Pennsylvania, a lawsuit that challenged the results of the 2020 presidential election, he has since expressed regret over doing so.

"In retrospect I should have voted to certify," Rice told Politico. "Because President Trump was responsible for the attack on the Capitol."

"In the wee hours of that disgraceful night, while waiting for the Capitol of our great country to be secured, I knew I should vote to certify," he added. "But because I had made a public announcement of my intent to object, I did not want to go back on my word. So yeah, I regret my vote to object."