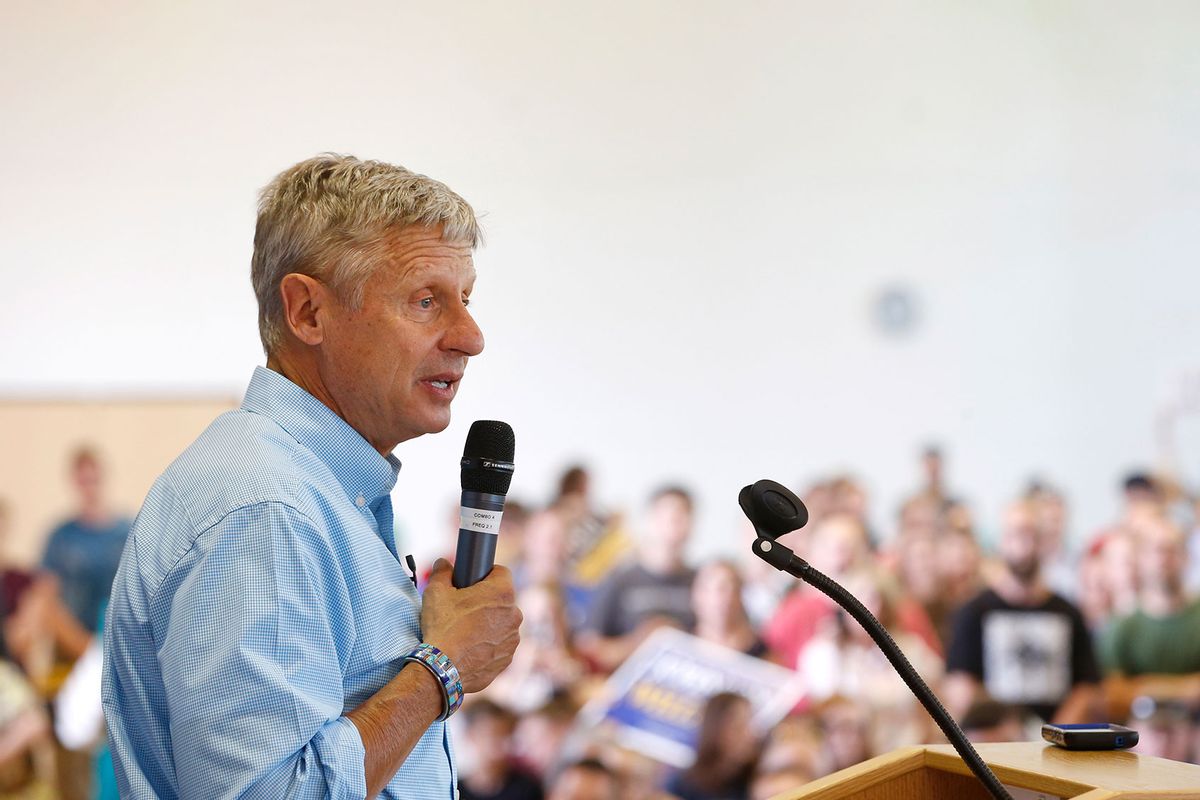 Liberals and progressives have long expressed mixed feelings about libertarians, applauding their views on marijuana, abortion and gay rights while disagreeing vehemently with their hardcore fiscal conservatism. Libertarians have a long history of describing themselves as fiscal conservatives who are social liberals and arguing that the War on Drugs and the evangelical Christian Right have been terrible for the Republican Party and terrible for the conservative movement.

The far-right MAGA movement championed by former President Donald Trump and his army of authoritarians and Christian nationalists is antithetical to many of the positions libertarians have taken over the years, such as abortion on demand and full legalization of marijuana and prostitution. But journalist Jeet Heer describes an unlikely trend in an article published by The Nation on June 6: a growing MAGA influence within the Libertarian Party.

"Third parties have a political impact far greater than their electoral successes," Heer explains. "They are the research and development wing of the political system…. The Libertarian Party can rightly claim to be heir to this tradition of being a seedbed for policy innovations taken over by both Democrats and Republicans…. If the dominant ideology of American politics since the 1970s is neoliberalism, then the Libertarian Party has truly punched above its weight…. The Libertarian Party championed gay rights and drug decriminalization long before the Democrats."

But Heer goes on to lament that Jeff Deist, president of the Mises Institute, has become influential in parts of the Libertarian Party — pushing MAGA-like "blood and soil" rhetoric. And Heer describes a struggle between the Libertarian Party's Mises Caucus and its "Gary Johnson wing." Johnson, a former New Mexico governor and ex-Republican, was the Libertarian presidential nominee in 2012 and 2016.

"Taking the Libertarian Party out as a competitive force will help consolidate the right-wing vote around the Republican Party," Heer warns. "Once the Libertarian Party becomes a husk of its former self, the alt-right faction will continue to assist a Trumpized GOP in a way that parallels groups like the Proud Boys. MAGA Libertarians will be a potent vector for spreading bigotry on social media. The Mises Caucus are the nominal winners in the internecine libertarian wars, but the ultimate beneficiary could be Donald Trump."