Rep. Madeleine Dean says Donald Trump will be indicted — and her Pennsylvania colleague is running scared 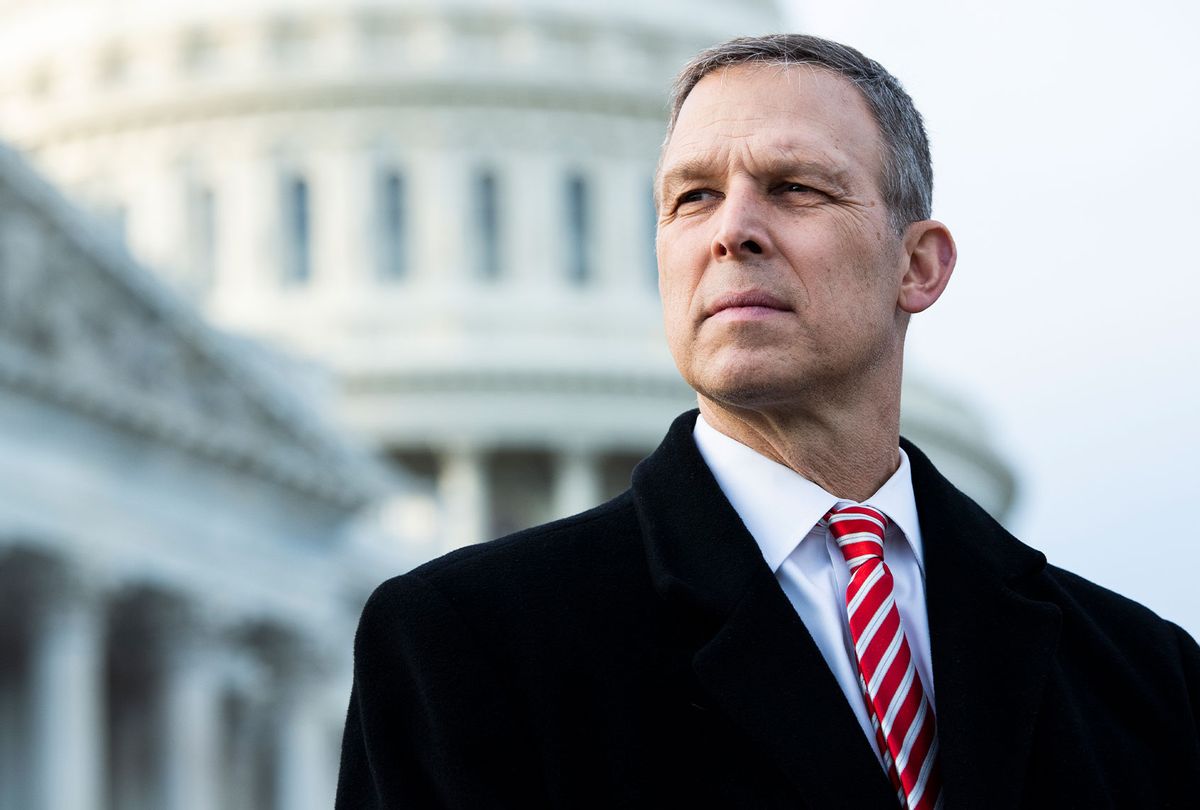 WASHINGTON — Rep. Madeleine Dean, D-Pa., spoke to Raw Story after the first hour of the House select committee's Thursday night hearing before the public. Dean was among the impeachment managers for the House in the second impeachment of former President Donald Trump.

She explained that she was crying a lot about what has been shown in the committee hearing thus far.

When asked about Republican attempts to whitewash the Jan. 6 attacks, Dean said that there's no way that they can whitewash it, particularly after seeing those videos.

"Look at people being beaten by American flags, flagpoles with Trump flags," she continued. "There's no whitewashing this."

She went on to say that the way that Republicans' claim to be supportive of police is just as absurd given their refusal to support the supplemental bill for Capitol Police after their injuries.

"They're not pro-police," she said.

Dean then said that what a former member of Congress, Mark Meadows, was saying and doing as White House chief of staff, and that he refused to help protect the vice president and his own former colleagues, didn't make sense.

"Can you imagine, how many hours the president did not do a single thing to save us? Can you imagine Ronald Reagan — if a single member of Congress — if his own vice president was threatened — No. 1, he'd be whisked away to a secure space. Not Donald Trump. No. 2, he would have been impeached so quickly for spending hours watching and doing nothing."

She closed by saying that while the congressional body isn't something that can charge and convict a former president, they can do one important thing: "Tell the truth."

"These aren't alternative facts," she said. "These are facts. They are telling the American people the facts. The Department of Justice will do their job. Different states will do criminal investigations and indictments, including Georgia, where the president said ... 'I just need you to find 11,780 votes.' And I remember a gasp from a senator in that moment. He will be indicted for that. This is all closing in on the former president. Then we have a job to do as Congress. We have to do like Congress did after Watergate. We have to do reforms."

She then cited some of the Republicans she serves with, like Rep. Scott Perry, R-Pa., who is refusing to cooperate with the committee. Perry first put attorney John Eastman in touch with President Trump, she explained. "Then fearfully seeks a pardon? And of course, you know he's not cooperating with the 1/6 committee. What's he afraid of? I said on the day that it happened. if I have one inch of information that will help you in this committee, and understand what the hell happened here, I'm here. I volunteered. I don't have that valuable a set of information. Scott Perry has valuable information. And he's mighty afraid."