Why school lockdown drills can do more harm than good

"Surprise" drills, and poorly managed ones, can make children more stressed and depressed 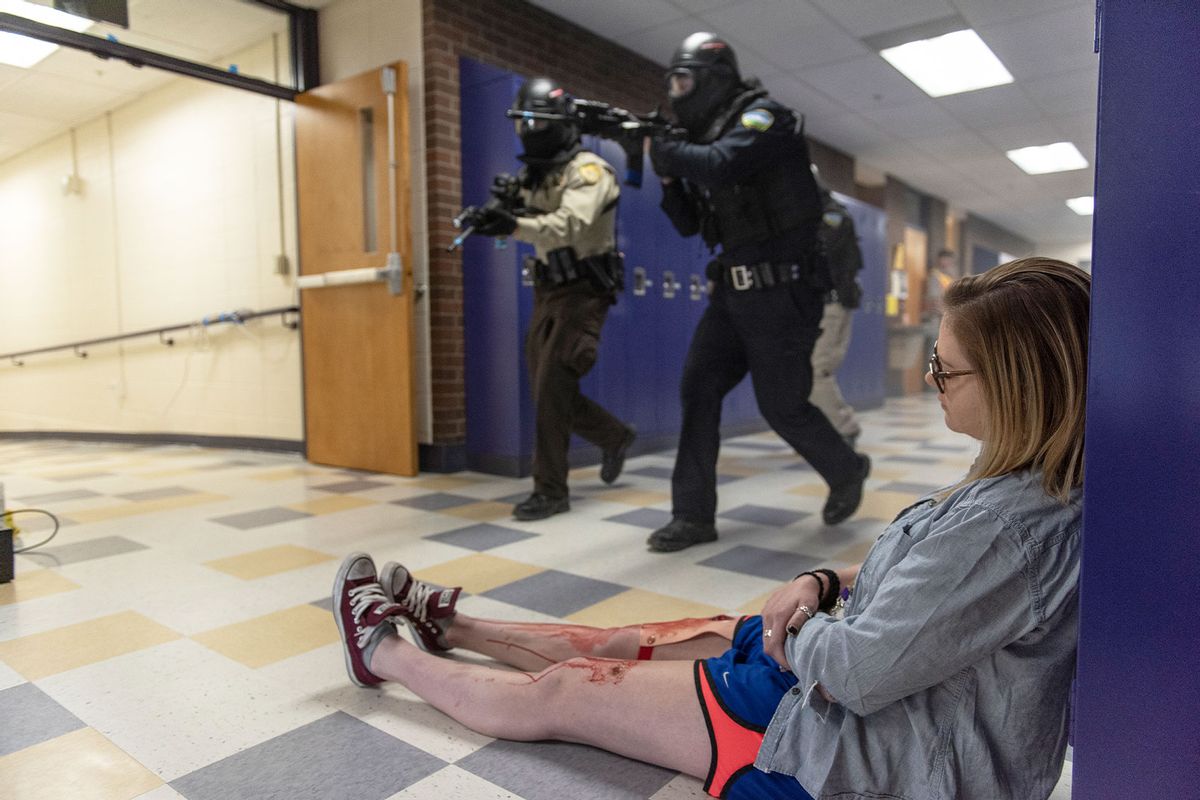 In 2019, news broke of a very disturbing lockdown drill — colloquially referred to as an "active shooter drill" — at an elementary school in Indiana.

A member of the sheriff office's SWAT team played the role of a gunman during the drill. Teachers were reportedly left bruised, cut, and traumatized, after being shot with airsoft guns during the drill conducted by the sheriff's department.

"The teachers displayed obvious signs of anguish and physical pain, but were humiliated to find the law enforcement officers joking and laughing at them," a complaint later read. "The terrifying and inexplicable experience left the teachers with lasting physical and emotional injuries."

Such drills are purportedly designed to try to stave off violent shootings like the one that occurred on May 24, 2022, when 19 children and two adults were killed in a shooting at Robb Elementary School in Uvalde, Texas. It was the deadliest school shooting since 2012, when a gunman killed 26 people as young as 6 years old at Sandy Hook Elementary School. The horrific tragedy in Uvalde marked the 27th school shooting in 2022.

As debates ensue about how to better protect children in schools, the role of lockdown drills — which are designed to prepare teachers and students on how to react if such a situation occurs — are at the forefront of the discussion. As a policy solution to the ongoing crises precipitated by school shootings, lockdown drills are marginally less politically charged than more obvious solutions like, say, laws regulating guns. Yet there is a body of literature that suggests that these drills can have unintended psychological consequences on children and teachers, and cause more stress, anxiety, fear and trauma.

"The ones that involve making realistic sounds —  they're aggressive, or predatory acting, or deception — those types of events we think have far greater impact on children in terms of emotional distress, particularly among children who are anxious or have been through traumatic experiences in their past,"  Dr. David Schonfeld, a developmental behavioral pediatrician and director of the National Center for School Crisis and Bereavement at Children's Hospital in Los Angeles, told Salon. "If you're talking about a drill where there is no deception, the child knows it's a drill ahead of time, and they are supported through the activity by adults who are sensitive, this can be difficult — but most of the evidence suggests that it is not overwhelming to most students."

The caveat, Schonfeld said, being "most students."

"For some students who have had personal experiences or have underlying anxiety, trauma and loss, even those activities can be challenging for them," Schonfeld said.

Lockdown drills, which aren't always specifically designed around the possibility of an active shooter, are estimated to be used in over 95 percent of American K–12 schools today. While they started to become a more common practice after the Columbine High school massacre in 1999, they have become much more prevalent since the 2015–2016 school year. Despite their prevalence, little federal guidance exists on best practices for these drills.

Lockdown drills were associated with increases in depression, stress, anxiety, and physiological health problems for students, teachers, and parents.

Indeed, drills like the one in Indiana have spurred concerns that they are negatively affecting children's — or even teachers' — mental health. In 2021, Everytown for Gun Safety and Georgia Tech researchers published a study analyzing social media posts before and after these drills occurred in 114 schools across 33 states. They found that the lockdown drills were associated with increases in depression, stress, anxiety, and physiological health problems for students, teachers, and parents.

"We provide the first empirical evidence that school shooter drills—in their current, unregulated state-negatively impact the psychological well-being of entire school communities, indicating that those who are affected are in need of continued support to process their aftermath, and that school systems need to rethink the design and utility of these approaches, against alternative gun violence prevention measures," the authors concluded.

"During one recent live exercise in which high school students were deceived to believe it was a real event, children sobbed hysterically, vomited, or fainted, and some children sent farewell notes to parents."

Indeed, in extreme cases, the American Academy of Pediatrics (AAP) has raised concerns that such unregulated drills can be traumatizing.

"During one recent live exercise in which high school students were deceived to believe it was a real event, children sobbed hysterically, vomited, or fainted, and some children sent farewell notes to parents," the AAP wrote in its policy statement. "Children risked physical harm when a stampede ensued, and students jumped over fences to escape; in one situation, staff were intentionally shot at close range with pellets as part of the training."

Jaclyn Schildkraut, associate professor in the department of criminal justice at the State University of New York at Oswego whose research focuses on school and mass shootings, told Salon these are extreme cases, and disagreed with the idea that most of these drills were harmful.

"Certainly there are potential consequences related to social emotional health — students could develop anxiety or depression or other trauma related symptomatology — but the reality of our research doesn't show any of that," Schildkraut said. "Oftentimes the conversation about the psychological impact of these drills comes as a result of cases where they've made the news, or frankly, they've been done horribly; we don't set a school on fire to practice a fire drill, we don't need to simulate an active shooter to practice a lockdown drill."

Schildkraut said best practice for these drills is not to make them "surprise" drills, or spring them on students suddenly. "Absolutely call it a drill," Schildkraut said, emphasizing that children should never think it's real. Likewise, Schildkraut said, schools don't need to simulate a shooting or shooter.

Schildkraut said it's also important for teachers to model calm behavior, and for there to be the opportunity for the people conducting the drill to give feedback in the moment — like remembering to turn off the lights — and for there to be a "debrief" period. Schildkraut emphasized that the research she and her colleagues have done have suggested that lockdown drills done this way can have positive outcomes and make students feel more "empowered."

"They have reported being less fearful of harm, perceiving a lower risk of the possibility of a shooter, they report lower anxiety after the drill than before, greater wellbeing," Schildkraut said. "We've looked at a lot of different sorts of outcomes, and all of them point to the same thing which is when you're incorporating best practices into what you're doing, it's not actually harmful."

Schonfeld added there are concerns around if such drills can create a false sense of comfort.

"I do worry that if we're encouraging children to believe that there are things that they can do that will be appropriate and effective in a real shooting situation and they use those strategies or approaches and it doesn't work, that it may actually lead to problems afterwards," Schonfeld said. "It may leave them feeling ineffective, guilty or ashamed."