Lauren Boebert tells church crowd that she prays for Biden's demise: "May his days be few"

Psalms 109:8 is a GOP favorite. The next verse reads: "Let his children be fatherless, And his wife a widow" 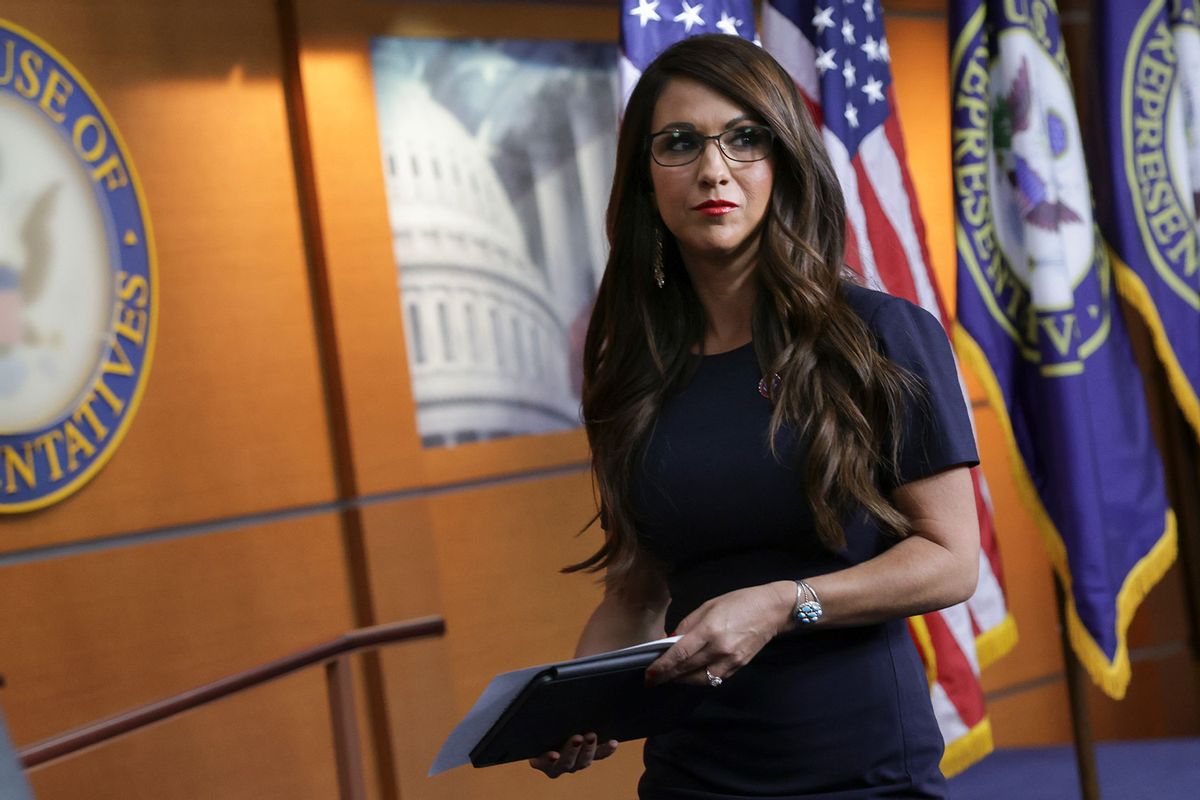 Rep. Lauren Boebert, R-Colo., suggested that she prays for President Biden's death during a Colorado church event this past weekend.

The Republican lawmaker's remarks came during a Sunday family gathering at the Charis Christian Center in Colorado Springs, where she attacked the Democratic effort to regulate guns in the aftermath of two shootings in Buffalo, New York and Uvalde, Texas.

"I do want you to know that I pray for our President. Psalm 109:8 says, 'May his days be few and another take his office.' Hallelujah! Glory to God," Boebert said, garnering applause from the crowd.

A video of her comments was later shared over Twitter, where a number of users pointed out that the Psalms express hope for the death of one's enemy. The next verse after the one Boebert cited states: "Let his children be fatherless, and his wife a widow." The chapter continues: "Let his children be continually vagabonds, and beg: let them seek their bread also out of their desolate places."

Boebert, who is currently under a federal investigation over the possible misuse of campaign funds, has become notorious for her outlandish conduct since taking office.

During Biden's State of the Union address back in March, the freshman firebrand heckled the president just before he discussed the death of 46-year-old son Beau, who passed away in 2015 from an aggressive form of brain cancer. "You put them in, thirteen of them," she said along with Rep. Marjorie Taylor Greene, R-Ga., in an apparent reference to the 13 U.S. soldiers who died during Biden's withdrawal from Afghanistan.

RELATED: Boebert calls for Biden to be removed from office: "We are sons and daughters of revolutionaries"

Boebert is not the only Republican to invoke scripture in expressing their desire for the death of a Democratic president.

Back in 2016, then-Sen. David Perdue, R-Ga., who recently lost a gubernatorial bid in his home state, called upon the exact same Psalms verse during Barack Obama's presidency.

"We should pray like Psalms 109:8 says," the Republican added. "It says, 'Let his days be few, and let another have his office … In all seriousness, I believe that America is at a moment of crisis."

Perdue later said that he did not regret his remarks, calling them "a little humor."