"MAGA inc is laughing at you": House Republican calls out Kim Guilfoyle's $60,000 payday for Jan. 6

Kimberly Guilfoyle collected $60,000 for speaking at the "Stop the Steal" rally on Jan. 6 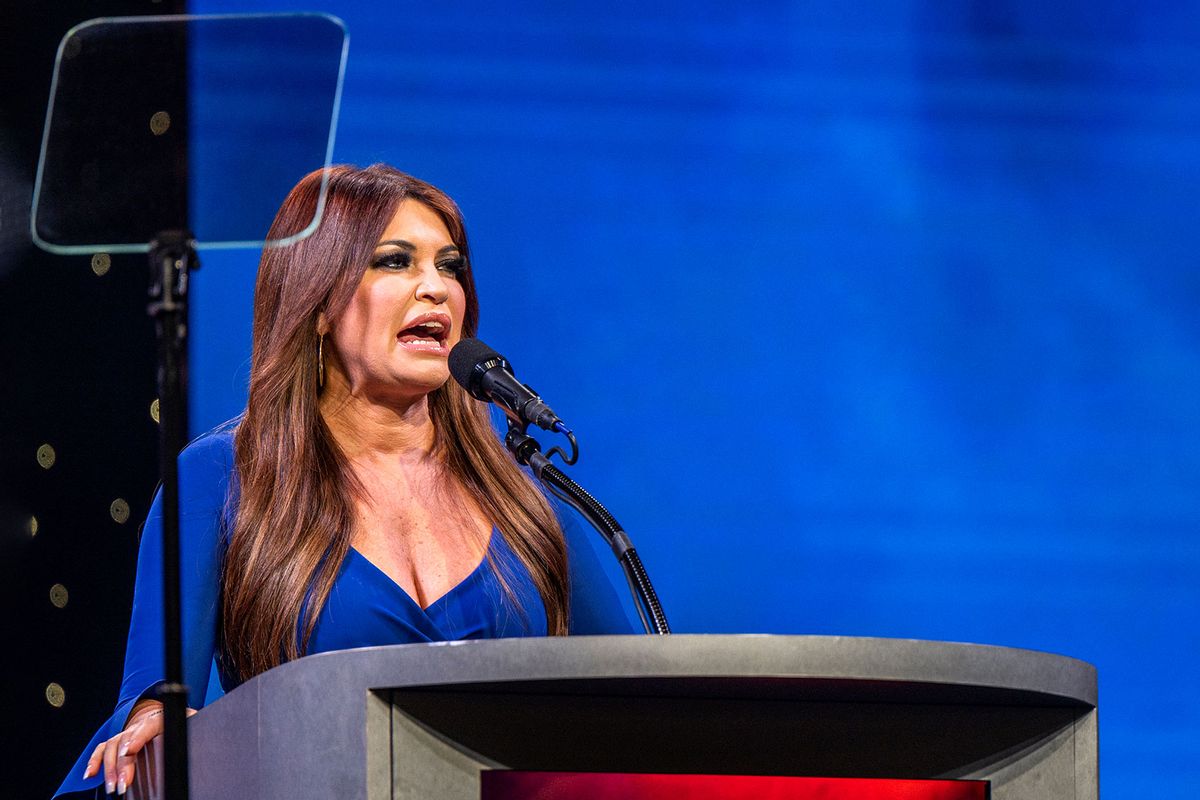 Kimberly Guilfoyle speaks during the American Freedom Tour at the Austin Convention Center on May 14, 2022 in Austin, Texas. (Brandon Bell/Getty Images)
--

Kimberly Guilfoyle, the girlfriend of Donald Trump Jr.'s fiancée, was paid $60,000 to introduce Donald Trump in a speaking engagement during the "Stop the Steal" rally preceding the Capitol riot, according to CNN.

Members of the January 6 committee told the outlet that numerous people within the former president's inner circle personally enriched themselves from the event.

"We know that Guilfoyle was paid for the introduction she gave at the speech on January 6. She received compensation for that," Rep. Zoe Lofgren, D-Calif., told CNN on Monday. "$60,000 for two-and-a-half minutes."

Still, she told the outlet, it remains unclear Guilfoyle's address constitutes any kind of financial crime. "I don't know," she explained. "You know, we're a legislative committee. So that's, that's for somebody else to decide. But for example, we know that Guilfoyle was paid for the introduction she gave at the speech. I mean, on January 6, she received compensation for that."

A Republican member of the committee also called out Guilfoyle's payday as a "scam."

Guilfoyle, Illinois Rep. Adama Kinzinger tweeted, is "so committed to the cause that she took 60K for a two min speech. It's a scam folks. And MAGA inc is laughing at you."

News of Guilfoyle's speaking fee comes as part of an investigation into Trump's apparent scheme to mislead donors shortly after President Biden won the 2020 election.

According to investigators, Trump bilked his loyal fanbase out of some $250 million during the two months following his loss by promising to use the money in lawsuits challenging the 2020 election. Instead, the committee said, much of that sum went to his Save America PAC as well as his personal allies, including Guilfoyle. The fund also went to lawsuits challenging various social media platforms over their content moderation policies.

"These weren't rich people," Lofgren said of Trump's donors. "They were conned by the president. It was a big lie and it was also a big rip-off."

"If a regular charity – or an individual who didn't happen to be president of the United States – had raised tens of millions of dollars through that sort of deception, they would face a serious risk of prosecution," she told The Guardian.

Guilfoyle agreed to meet with the committee back in April. According to CNN, the panel subpoenaed her after she abruptly ended a closed-door interview earlier this year.