“We enforce our policies equally for everyone”: YouTube removes Jan. 6 committee hearing video 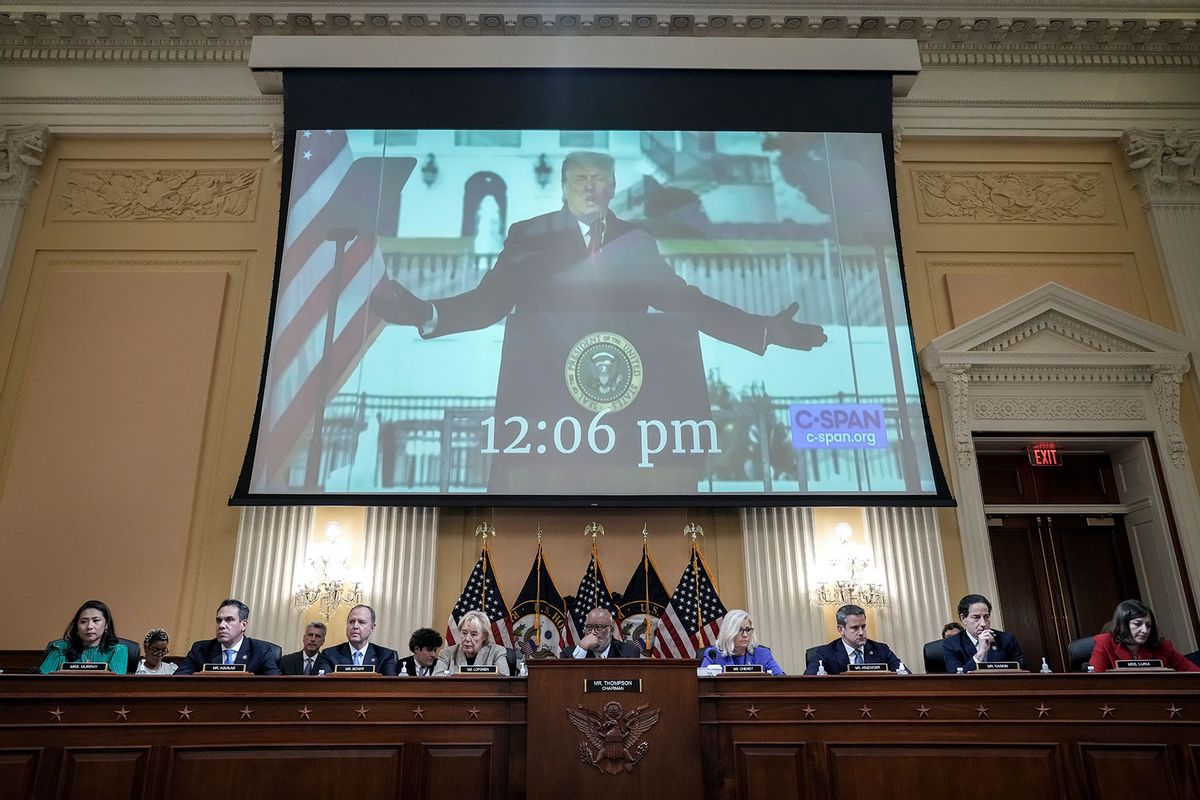 Former U.S. President Donald Trump is displayed on a screen during a hearing by the Select Committee to Investigate the January 6th Attack on the U.S. Capitol on June 09, 2022 in Washington, DC. (Drew Angerer/Getty Images)
--

YouTube has deleted a video of a public congressional hearing of the House Select Committee Investigating the Jan. 6 Attack on the U.S. Capitol.

"The House select committee investigating the Jan. 6 riot has been trying to draw more eyes to its televised hearings by uploading clips of the proceedings online. But YouTube has removed one of those videos from its platform, saying the committee was advancing election misinformation," The New York Times reported Thursday. "The excerpt, which was uploaded June 14, included recorded testimony from former Attorney General William P. Barr. But the problem for YouTube was that the video also included a clip of former President Donald J. Trump sharing lies about the election on the Fox Business channel."

In the clip, Trump lied when he said, "we had glitches where they moved thousands of votes from my account to Biden's account."

"Our election integrity policy prohibits content advancing false claims that widespread fraud, errors or glitches changed the outcome of the 2020 U.S. presidential election, if it does not provide sufficient context," Choi said in a statement. "We enforce our policies equally for everyone, and have removed the video uploaded by the Jan. 6 committee channel."

The select committee's video of Thursday's complete hearing is still available to watch on YouTube.