GOP splinters over effort to crack down on Big Tech 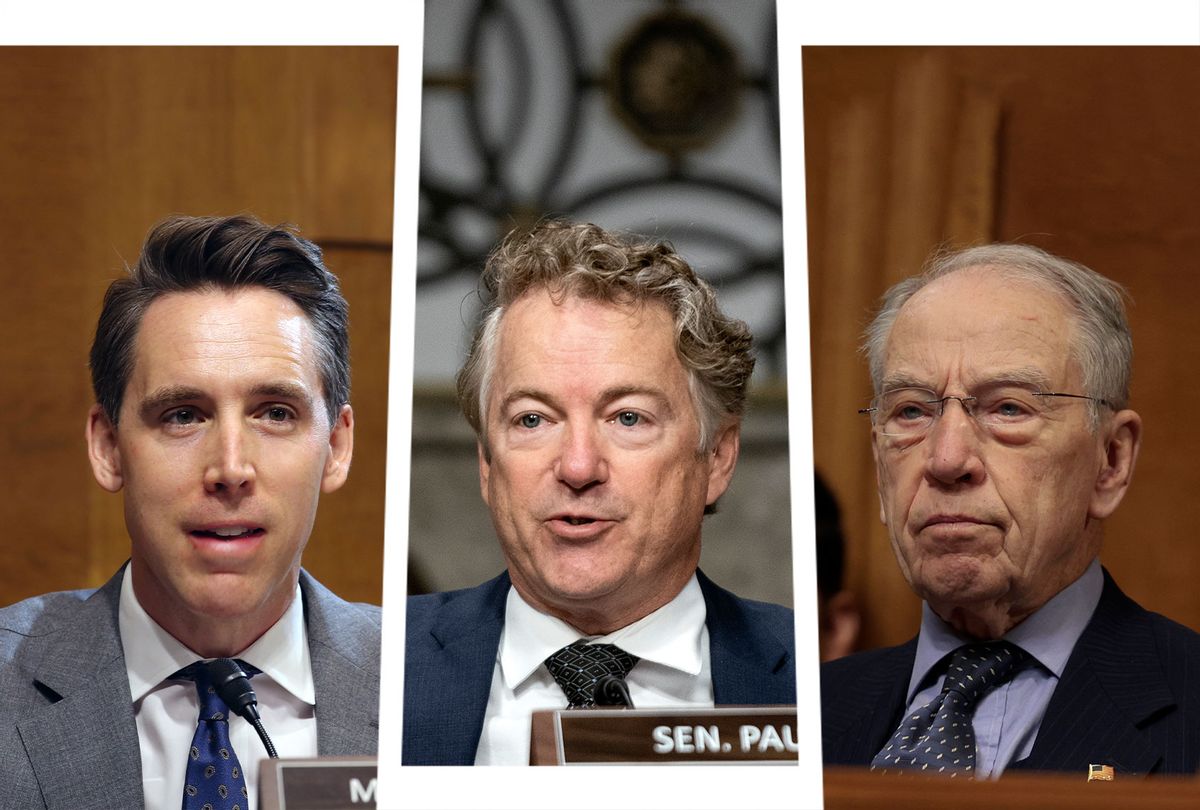 In America's current political climate, there are a vanishingly small number of issues on which Democrats and Republicans in Congress can make common cause. But if there is one area of policy where the political willpower exists for significant bipartisan legislation, that area is without a doubt Big Tech. Over the years, lawmakers on both sides of the aisle have repeatedly railed against the oligopolistic tendencies of Apple, Amazon, Google, and Facebook, arguing that all four behemoths violate antitrust laws designed to promote competition and protect consumers from being exploited. This shared grievance has brought together some of the most unlikely allies in Congress who can, at the very least, agree that too few companies in the tech world have too much power.

One reason these odd alliances have materialized is because Big Tech does not map squarely onto traditional left-and-right lines. The technologies that undergird Big Tech, such as cloud-computing and algorithmic sorting, are nearly impossible for the average person to understand, leaving lawmakers with very little material to push a clear political agenda. Some conservatives have dubiously alleged that Big Tech "censors" right-wing voices. But even then, there is significant disagreement amongst Republicans around whether the problem of "censorship" would be actually remedied by heightened antitrust laws.

This point was brought into sharp relief on Tuesday in a Fox News op-ed published by Sen. Rand Paul, R-Ky., a libertarian conservative known for his relatively unorthodox political views. In it, Paul casts doubt over the economic prudence of breaking up the Big Four and calls on his fellow Republicans to stand by the free-market ideals that the party is known for.

"While many of my colleagues share my anger with big tech companies [over censorship], they do not share my free-market principles. Instead, the bipartisan zeal for vengeance inspired an antitrust crusade against Amazon, Facebook, Google, and Twitter," he writes. "But these proposals to ostensibly cut the tech giants down to size would, instead, perpetuate the dominant position of these companies and deprive consumers of the technological innovation that only free-market competition can provide."

RELATED: Amazon, Facebook and other tech giants paid almost $100B less in taxes than they claimed: analysis

To make his case, Paul argues that consumers benefit from a popular business tactic in Big Tech called "vertical integration," where a company streamlines and cheapens its operations by owning multiple stages of production. As an example, Paul cites Apple: "Apple not only manufactures the iPhone, but also acquired AuthenTec, which developed the fingerprint ID sensor to unlock the device. Apple also sells its products through its own retail stores. Like McDonald's, Apple's use of vertical integration allows it to ensure the quality of its product and pass along savings to consumers."

At first blush, it's easy to see why vertical integration might benefit consumers: They don't have to go through the arduous task of independently purchasing all of the constituent products and services that come with the iPhone. But many of Paul's Republican colleagues would like to make Apple's model much harder to sustain, arguing that it engages in anticompetitive practices by simply buying out smaller tech firms and incorporating their innovations into its own product line.

Sen. Josh Hawley, R-Mo., has introduced the "Trust-Busting for the Twenty-First Century Act," a bill that would "ban all mergers and acquisitions by companies with market capitalization exceeding $100 billion." Hawley's measure specifically prohibits "vertical" mergers and would impact over 150 major corporations, including Apple and Amazon. "Amazon should be broken up," he said in a press release last year. "No one company should be able to control e-commerce AND privilege its own products on the same platform AND control the cloud."

RELATED: Not all corporations are "woke": In Big Tech, the boss wants you to shut up about politics

Hawley's bill is animated by a reigning belief amongst antitrust advocates: Competition is good because it forces companies to continually improve their products and, in the process, maximize consumer welfare.

"Fundamentally, it's about a consumer's ability to choose another option if they're not happy with a particular product," Charlotte Slaiman, Competition Policy Director at Public Knowledge, told Salon in an interview. "[Companies] want to do better in order to keep customers. If they see that they're losing customers, they're going to change their behavior to provide a better product."

To Paul, that general sentiment might be true. But increasing government oversight, he argues, will harm the innovations that might arise out of contentious buyouts. "Yesterday's innovations would likely have been prevented by today's antitrust proposals," he writes. "For example, Microsoft purchased Forethought, which allowed it to improve PowerPoint. In 2005, Google purchased a failed dating website called YouTube and helped transform it into a video sharing platform visited by over 2 billion users every month. Had the threat of antitrust litigation been stronger, these acquisitions – and innovations – may never have been made."

To be sure, there is vigorous debate amongst experts around whether mergers and acquisitions in tech lead to innovation. But as that debate rages on, many Republicans in Congress are already gunning for a crackdown of epic proportion.

RELATED: Personal data isn't the "new oil," it's a way to manipulate capitalism

This January, the Senate Judiciary Committee advanced the "American Innovation and Choice Online Act," a non-discrimination bill that would prevent companies like Google and Facebook from using their platforms to disadvantage their competitors' products or services. The measure, supported by Sens. Chuck Grassley, R-Iowa, and Cynthia Lummis, R-Wy., would cover at least 50 major companies in the tech industry. In February, that same committee passed the "Open App Markets Act," a narrower tagalong bill, co-sponsored by Sen. Marsha Blackburn, R-Tenn., that would restrict companies like Apple and Google from giving preferential treatment to their own apps.

That being said, the GOP is not fully in sync on which bills, if any, should ultimately reach the president's desk.

Last June, during a bipartisan push to advance a spate of anti-tech bills through the lower chamber, House Republicans splintered over whether the bills took the right approach.

"The premise that big is bad, or that we should have legislation that defines companies being treated differently simply because they've grown to a certain value, I think that's inherently bad legislation," as Rep. Darrell Issa, R-Calif., told The Hill at the time. "And I looked forward to a markup where I think that we should insist on some of that being changed."

RELATED: Both the GOP and the Democrats want to break up Big Tech. Could it really happen?

"The House Republican plan to confront big tech won't be influenced by anything other than the commitment to free speech and free enterprise," Mark Bednar, a spokesman for McCarthy, told The Wall Street Journal.

Adam Kovacevich, CEO of the Chamber of Progress, a center-left coalition of technology firms, said that Republicans generally fall into two camps on Big Tech.

"One is Rand Paul saying, 'Let's go to Parler and Truth Social and create our own things' – and that competition will solve things. The free market response," he said in an interview with Salon. "And then the other is … essentially: Let's use our political power to require the tech companies to make … policies that are aligned with our cultural values."

Still, there remains a separate contingent of Republicans who appear to be more concerned about the sheer size of Big Tech as a problem in and of itself. The main challenge for that group, Kovacevich suggested, will be locating the "point of pain" on the consumer's end.

"We don't see that in tech," he told Salon. "For example, Big Tech antitrust bills around non-discrimination are mostly driven by [concerns around] companies that would benefit from [discrimination]," he said. "But it's not driven by a voter looking at this and saying, 'I'm demanding that something change here.' And that's really important."