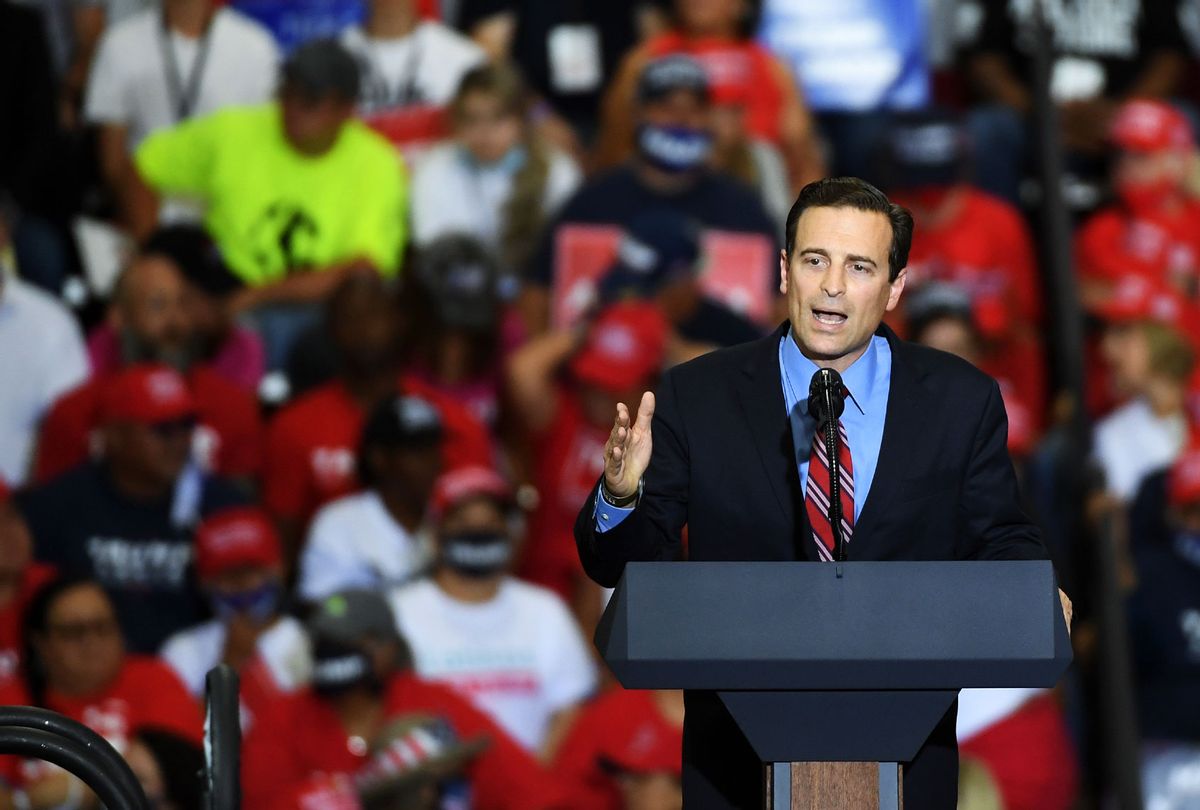 A Virginia group that bills itself as a "nonprofit, nonpartisan" watchdog group has illegally solicited millions while pushing Republican-aligned messaging, according to a complaint filed by a watchdog organization on Thursday.

Americans for Public Trust, which bills itself as an ethics watchdog, is illegally fundraising in Virginia, according to a complaint filed by the Campaign for Accountability, a nonprofit watchdog group, to the Virginia Department of Agriculture and Consumer Services and the commonwealth's attorney for the city of Alexandria, where APT is based.

"For a group that claims to be a watchdog, you'd think that APT would have its own house in order, but that appears not to be the case," Michelle Kuppersmith, the executive director of Campaign for Accountability, said in a statement to Salon. "If Virginia officials confirm that APT has in fact been soliciting dark money in the state illegally, they should—as APT's website puts it—'ensure that those who disregard the rule of law are held responsible.'"

APT denied any wrongdoing in response to the complaint.

"Americans for Public Trust is fully compliant with state charitable laws," Caitlin Sutherland, the group's executive director, said in an email to Salon.

RELATED: How dark money fueled the Jan. 6 insurrection — and why we can't find it

APT, which describes itself as an "independent" organization that is "dedicated to restoring trust in government," focuses largely on targeting Democrats with election ethics complaints.

The group was founded in 2020 by Sutherland, the former research director for the National Republican Congressional Committee who previously worked at the Mitch McConnell-aligned Senate Leadership Fund. Former Nevada Attorney General Adam Laxalt served as the group's outside counsel and was branded the "Nevada version of Rudy Giuliani" after leading former President Donald Trump's failed efforts to overturn his election loss (he is already threatening to file lawsuits challenging 2022 votes that haven't been cast). Annie Talley, the group's president, was a "trusted aide" to Trump and shepherded Supreme Court Justice Brett Kavanaugh's nomination as deputy White House counsel.

A complaint filed earlier this year by End Citizens United, a group that supports campaign finance reform, called on the IRS to revoke the group's tax-exempt status by violating the agency's ban on political activity with "unsupported and misleading" political attack ads.

The Campaign for Accountability filed a separate complaint on Thursday with the state accusing APT of "ongoing violations" of the state's law on soliciting contributions.

State law requires charitable organizations to file a registration statement with the Office of Charitable and Regulatory Programs prior to any solicitation. APT has publicly stated that it solicits contributions in Virginia but the state's Charitable Organization Database "contains no record of Americans for Public Trust ever filing such a registration statement in the more than two years that it has been in operation," Campaign for Accountability said in a complaint to Joseph Guthrie, the commissioner of the state Department of Agriculture and Consumer Services, that it shared exclusively with Salon.

"Moreover, it appears Americans for Public Trust may have illegally solicited millions of dollars in contributions since it began operations in 2020," the complaint said, raising questions about the group's fundraising practices. The group projected that it would raise about $1.65 million in 2020 and proved "remarkably prescient," the complaint said, when it raised $1.489 million despite being in operation for less than a year. The group received $900,000 of that from a single anonymous contribution through Donor Trust, which has been described as the "dark-money ATM of the conservative movement."

The complaint called on the state to investigate APT for potential violations of the law and seek the "maximum penalties permitted by law."

"Given the length of time that APT has been operating in violation" of the law and the "extremely large amounts of money involved," the group also called for the Attorney for the City of Alexandria to "enjoin APT from continuing to solicit and collect contributions and for any other relief that the court may deem appropriate."

Meanwhile, APT's influence continues to grow thanks to its fundraising prowess. The group in a filing to the IRS projected that it would raise about $2 million in 2022. APT has already spent about $1.8 million on ad buys, according to data from End Citizens United, with more than $482,000 of that going toward promoting a "thinly veiled partisan misinformation operation," The Daily Beast's Roger Sollenberger reported. But as a 501(C)3 "social welfare charity," the group is "absolutely prohibited from directly or indirectly participating in, or intervening in, any political campaign on behalf of (or in opposition to) any candidate for elective public office."

"APT exists for one reason and one reason alone: to help the Republican Party win elections. It's the height of hypocrisy for this GOP group to launch false political attacks about corruption and unethical behavior, while inappropriately receiving tax benefits as a charitable nonprofit," she said in a statement. "This organization is run by political operatives and Adam Laxalt, a Republican politician with a history of trouble with the law, so it should come as no surprise that they would try to skirt the rules."