The moral case against the Big Lie: Trump's targeting of Americans laid out in Jan. 6 hearing

Tuesday's January 6 hearing wasn't just about Trump's failed coup, but how he may succeed next time 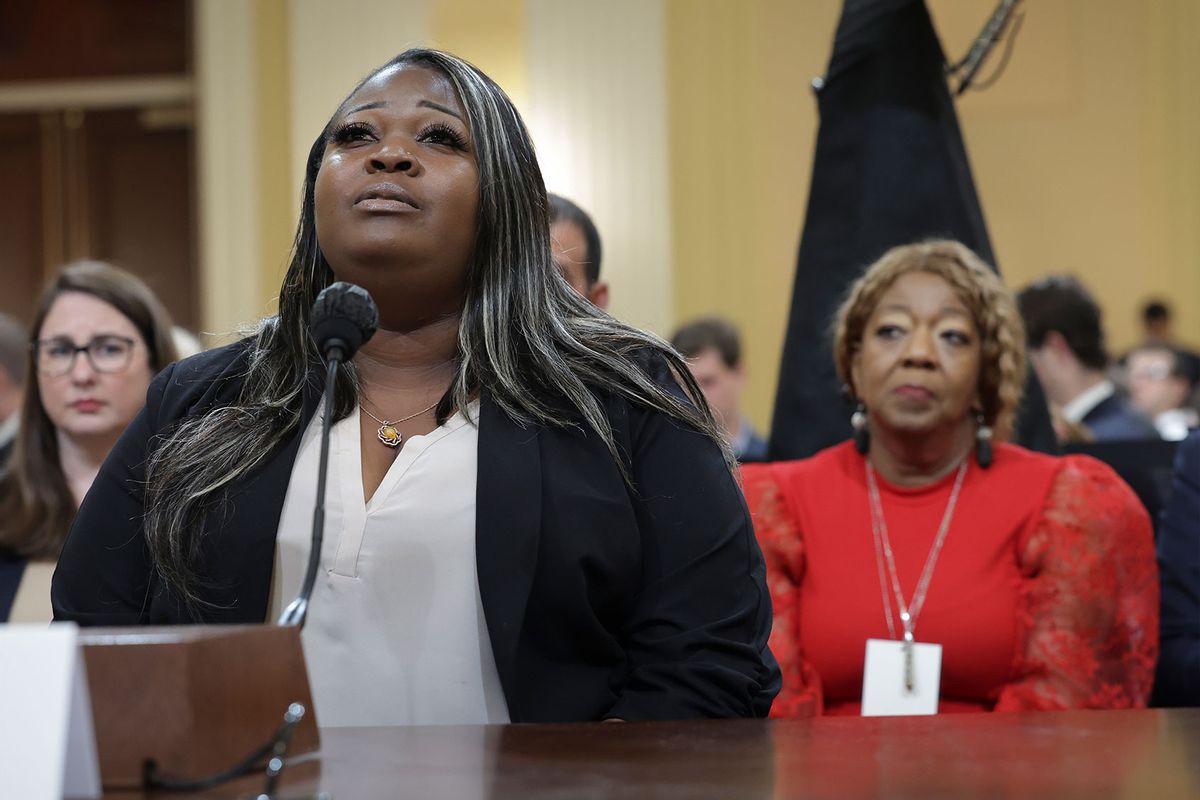 As Rep. Liz Cheney, R-Wyo., explained in this year's first public hearing of the House select committee investigating January 6, Donald Trump had a "sophisticated seven-part plan to overturn the presidential election." While the riot that Trump incited on the 6th has gotten the most attention, the part of the plan covered during Tuesday's hearing is perhaps the most dangerous.

As the committee demonstrated during the hearing, Trump not only pressured state and local officials to falsify votes. He also concocted a plan to replace the legitimate electors to Congress to vote for Joe Biden as president with fake ones that would support him instead. Every hearing for the Jan. 6 committee is important, but Tuesday's may be the most important of all because it makes clear that Trump's Big Lie isn't just about the past coup, but the future one.

Trump and his allies are still plotting to steal the White House in 2024. The "fake electors" scheme has become the centerpiece of these future efforts. Trump created a blueprint for Republican officials on the state and local level to void presidential election results they disapprove of, and simply replace the will of the voters with their own desire to return Trump to office. The plot will likely succeed if Democrats don't control swing state governments going into that election.

"The lie hasn't gone away. It's corrupting our democratic institutions," Rep. Bennie Thompson, D-Miss., warned during his opening statement on Tuesday. He noted that Republicans in New Mexico already conducted a dry run, refusing to certify the results of a primary election based on Trump's lies about Dominion voting machines. The 2024 election is two and a half years away, and already Republicans are trying to throw out legitimate election based on false accusations.

As the committee demonstrated, Trump's scheme to have multiple states falsely declare him the winner faltered because too many people in power refused to falsify votes for him or agree to his idea to send slates of false electors. During the first hour of Tuesday's hearing, Arizona House Speaker Rusty Bowers, Georgia Secretary of State Brad Raffensperger, and Georgia Secretary of State Chief Operating Officer Gabriel Sterling — all Republicans — testified that they rejected Trump's pressure to throw out votes or replace the real Biden electors with fake Trump ones.

"The system held — but barely," Rep. Adam Schiff, D-Calif. said, if not for the "people of courage, Republicans and Democrats."

There were plenty of powerful Trump supporters ready to steal the 2020 election, however.

"The lie hasn't gone away. It's corrupting our democratic institutions"

The committee released information showing that Sen. Ron Johnson, R-Wis., was fully prepared to hand deliver fake elector votes as late as Jan. 6. Republicans have been working steadily to make sure that people of courage cannot get in Trump's way again, by driving out election officials of integrity and replacing them with Trump stooges. Across the country, Big Lie proponents are running for key offices, especially secretaries of state, so that Trump gets his way next time he asks officials to falsify election results in his favor.

Republican power players are getting increasingly bold in signaling their intentions to simply reject any state election that Biden wins in 2024 and declare Trump the winner of the state electors anyway. Over the weekend, the Texas Republican party, in its official platform, declared that they "reject the certified results of the 2020 Presidential election," setting up the pretext to throw out any results that they don't like in 2024. The GOP gubernatorial candidate in Pennsylvania, Doug Mastriano, not only repeats the Big Lie, but is basically campaigning on the promise to send fake electors to choose Trump in 2024 if Biden once again wins the Keystone State.

In some cases, the campaign against Big Lie skeptics isn't working.

Raffensperger won his primary election despite Trump supporting his Big Lie-backing challenger, Rep. Jody Hice. Unfortunately, Raffensperger's victory is an anomaly, if only because so few Republicans who reject the Big Lie are even willing to run for office. Next time Trump runs this strategy, he'll have a better-organized and more willing support system of Republican officials ready to steal the election for him. As Barton Gellman of the Atlantic detailed in late 2021, Republicans have spent the past two years creating the legal justification for this, claiming "statehouses have 'plenary,' or exclusive, control of the rules for choosing presidential electors." If Biden prevails over Trump again in places like Pennsylvania, Wisconsin, or Arizona, the plan is to throw "out the vote altogether and allowing the state legislature to appoint electors of its choosing."

Wandrea "Shaye" Moss' testimony demonstrated how personal and ugly this can get.

The committee Tuesday highlighted the threats of violence and intimidation against those who refused to go along with the scheme. Newly revealed video, for instance, showed that before he was one of the most famous faces of the January 6 insurrection, the "QAnon Shaman" Jacob Chansley, showed up in Arizona in order to intimidate election officials there.

Raffensperger and Bowers testified to threats to their families. Sterling spoke of how infuriated he became in the face of the non-stop intimidation from Trump supporters. Wandrea "Shaye" Moss' testimony demonstrated how personal and ugly this can get. Moss is just an everyday elections worker who became the centerpiece of a racist conspiracy theory accusing her of faking votes in Georgia. She's a private citizen, but because video of her counting ballots were circulated as "evidence" of Trump's lies, she's been subject to an unbelievable amount of threats and harassment.

"The President of the United States is supposed to represent every American, not to target one. But he targeted me," Moss' mother, "Lady" Ruby Freeman told Jan. 6 investigators, recounting how she had to escape in fear from her home for months after being called out by name.

Things have only gotten worse in the year and a half since then.

The Trumpy candidate in Missouri's Senate race, Eric Greitens, is running a campaign ad threatening to "hunt" so-called "RINOs," which is a slur word commonly applied to Republicans who publicly reject the Big Lie. Rep. Dan Crenshaw of Texas is about as far-right as they come, but because he refuses to agree to the Big Lie, he was harassed at the Texas GOP convention with insults borrowed from Tucker Carlson. While a few hundred of the people who stormed the Capitol have been arrested, polls show that 70% of Republicans are now on their side, claiming to believe the Big Lie. A significant percentage can and will be tapped to use tactics of violence and intimidation against any election officials who might stand against Trump in the future.

"We cannot let America become a nation of conspiracy theories and thug violence," Cheney declared during her opening statement. But that's exactly the path the country is on, as Tuesday's hearing showed. Trump hasn't faced any legal penalities for his crimes. Worse, most of GOP has rallied to Trump's side, ready to make the state-by-state strategy of falsifying votes and sending fake electors work next time around. Tuesday's hearing documented a strategy that Trump developed that now has metastasized to the entire Republican party. If more isn't done to protect elections on the state level, the next time Trump attempts a coup, it's likely to succeed.