Liz Cheney to GOP and America: Trump did it, and we're coming for him

Thursday's explosive hearing laid it out: Trump "oversaw and coordinated" a seven-point plan to overthrow election 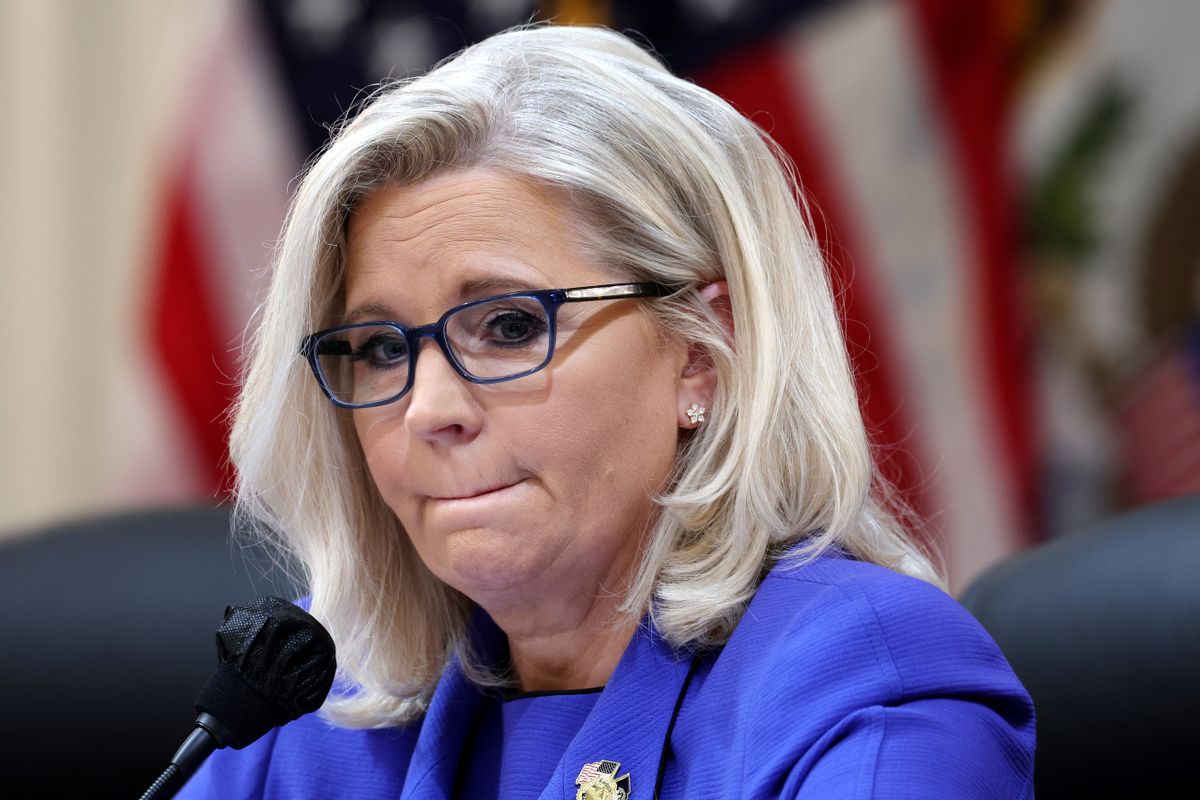 Rep. Liz Cheney, R-Wyo., vice chairwoman of the Select Committee to Investigate the January 6th Attack on the U.S. Capitol, delivers remarks during a hearing on the Jan. 6 investigation on June 9, 2022. ( Win McNamee/Getty Images)
--

Thursday night's public hearing by the House Jan. 6 committee made one thing very clear: Donald Trump is personally in the crosshairs. They are coming for him with receipts, in the form of testimony from some of his closest aides and allies. The committee seems prepared to destroy any pretense that Trump was a casual bystander to the insurrection. In fact, its members are building a case that he actively encouraged it, and that by refusing to take action for many hours that day, he was an actual accomplice.

The committee plans to going to knock down the Big Lie by answering a big legal and moral question: Did Trump know he had lost the election? The answer is clear: Yes, he did. Everyone around him told him so. His former aide and current associate Jason Miller testified that their own number-crunchers told him he had lost. Attorney General Bill Barr told him that spreading the lie that the election was stolen was "bullshit." His own daughter, Ivanka Trump, testified that she believed what Barr said. And we learned all of this from hearing their very own words in videotaped testimony, which made it all the more powerful.

Over multiple months, Donald Trump oversaw and coordinated a sophisticated seven-part plan to overturn the presidential election and prevent the transfer of presidential power.

That seven-part plan forms the basis for the committee hearings yet to come. The next one, scheduled for Monday, June 13, at 10 a.m. Eastern time, will demonstrate that "Trump engaged in a massive effort to spread false and fraudulent information" even though he knew that he had lost the election. Most of us already know that, of course. But it will be very helpful to have his own allies make that case.

The following hearing, now set for Wednesday, June 15, will delve into the second part of the plot, which was aimed at influencing the Department of Justice and replacing anyone who refused to back Trump's phony claims of election fraud with those who would. Former Acting Attorney General Jeffrey Rosen and his then-deputy Richard Donohue, both of whom were Trump appointees, will be testifying.

There will likely be a fourth hearing on Thursday, June 16, and two more the following week, with the final hearing again scheduled in prime time, probably on June 23. These hearings will presumably cover the rest of the seven-point plot in considerable detail. We didn't hear an explicit summary on Thursday, but a committee source outlined it to CNN this way:

When the committee gets to the third point, the pressure campaign on Mike Pence pressure, I assume that will include all the material on attorney John Eastman, the mastermind of that particular scheme. In whichever hearing addresses the fourth point, pressure on state election officials and state legislators, Georgia Secretary of State Brad Raffensperger is reportedly set to testify.

It seems likely that the final prime-time hearing will offer new details on points six and seven, building the legal and moral case that Trump was responsible for summoning the "violent mob" and unleashing them on the Capitol, and exploring what actually happened during the many hours when Trump was watching the violence at the Capitol and did nothing to stop it.

The second half of Thursday's hearing focused on the crucial role in the assault played by the Proud Boys and Oath Keepers. In videotaped statements, members who said that Trump's "stand by" comment in a 2020 presidential debate greatly increased recruitment, and that they immediately began planning to come to Washington on Jan. 6 after Trump put out the call in his infamous tweet of Dec. 19, 2020: "Be there, will be wild!" Nick Quested, a British documentary filmmaker who was embedded with the Proud Boys before and during the Jan. 6 events, testified last night that he filmed a meeting between Enrique Tarrio of the Proud Boys and Stewart Rhodes of the Oath Keepers in a parking garage on the night of Jan. 5, although he could not hear what they said to each other.

On the morning of the 6th, members of both the Proud Boys and the Oath Keepers had assembled at the Capitol long before Trump told his rally audience at the Ellipse to march to the Capitol and pressure "weak" Republicans (including Pence) to overturn the election. It was apparently Proud Boys who first broke through police lines and smashed windows at the Capitol building in what was clearly a fully formed plan.

It makes you wonder: Did Trump know in advance that the Proud Boys would try to enter the Capitol? Just this week, we learned that he had been talking about leading a march on the Capitol for two weeks but the Secret Service had rebuffed the request. There was no permit for such a march, which was one reason there was such a light police presence at the Capitol, even though Trump allies were posting about it all over social media. Once the insurrection was underway we know that Trump refused to do anything to stop it, and Cheney said on Thursday night that he also "placed no call to any element of the U.S. government to instruct the Capitol to be defended." (Several such calls were made by Pence, on the other hand.)

While we don't have the full picture yet — the committee plans to cover this in a future hearing — we know that Trump said some curious things during that 187-minute interval when he refused to call off the mob. One of the most startling moments in the hearing was footage of a rioter reading Trump's tweet condemning Pence through a megaphone, followed by the crowd chanting, "Hang Mike Pence!"

According to one witness, he apparently responded to that chant this way:

That sounds curiously like what Trump reportedly said to House Minority Leader Kevin McCarthy, when McCarthy begged him to tell the rioters to leave the Capitol: "Well, Kevin, I guess these people are more upset about the election than you are." On the night of Jan. 5, when Pence told Trump that he had no authority to overturn the election, Trump was listening to the raucous crowd gathered outside the White House and asked the vice president, "What if these people say you do?"

Committee chair Bennie Thompson, D-Miss., told CNN's Jake Tapper that they have evidence that the Proud Boys and Oath Keepers were in contact with people in "Trump's orbit," which raises the proverbial question made famous in Watergate: What did the president know and when did he know it?

Donald Trump staged a coup attempt, and Republican officials have known this from the beginning. But after a brief moment of common sense and decency, they reverted to type and excused it, defended it and even endorsed it. I'm sure most of them are so far gone that nothing will move them at this point. But if there is even one of them with a conscience, Liz Cheney's words had to wound them deeply:

Tonight, I say this to my Republican colleagues who are defending the indefensible: There will come a day when Donald Trump is gone, but your dishonor will remain.

Stay tuned. Last night was just the preview. The plan to overthrow a legal election will be revealed in even greater detail over the rest of this month. It's even worse than we knew.