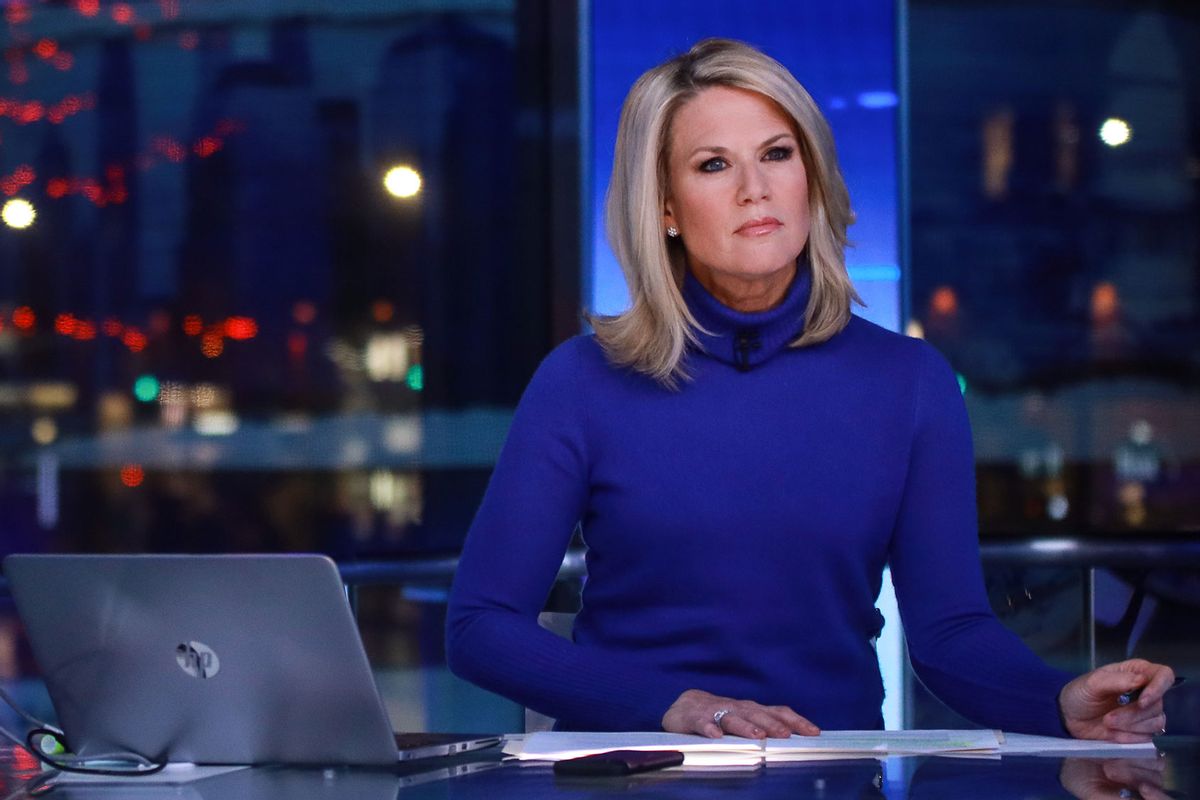 Martha MacCallum seen during a taping of "The Story with Martha MacCallum" at Fox News Channel Studios on February 7, 2019 in New York City. (Jason Mendez/Getty Images)
--

Fox News host Martha MacCallum claimed after Tuesday's hearing of the House select committee on Jan. 6 that there was a "stunning" lack of evidence to back up Donald Trump's baseless claims of election fraud – a far cry from the channel's election-denying rhetoric leading up to the Capitol riot.

"It will be extremely useful in coming campaigns, especially the presidential, when you look back at what we have in terms of the Mike Pence part of all of this," MacCallum said in a broadcast this week. "So it is a political discussion. It is very compelling and the lack of evidence is the huge, stunning, clear moment here where these people are saying, 'Look I supported you, please give me something to work with,' and it simply doesn't materialize."

MacCallum also added that she suspects Democrats will attempt to break up GOP allegiances by calling Trump's bogus election claims into question.

The host's comments came after new testimony by Arizona House Speaker Rusty Bowers, a longtime state Republican who refused to allow Trump to challenge the 2020 elections results in the Grand Canyon State.

During his testimony, Bowers claimed that ex-Trump attorney Rudy Giuliani repeatedly pressured the lawmaker to do Trump's bidding and promised to provide evidence of widespread fraud. That evidence, he said, never materialized. "My recollection, [Giuliani] said, 'We've got lots of theories, we just don't have the evidence,'" Bowers claimed.

MacCallum's comments are also a significant deviation from the network's rhetoric in the months leading up to the Capitol riot. After Trump's loss, Fox News pundits repeatedly sowed doubt over the results of the 2020 election, and in particular, the integrity of Dominion and Smartmatic's voting machines, which were used to tabulate the votes in dozens of states across the country. Fox News' effort to delegitimize those machines has since become the subject of several multi-billion-dollar lawsuits by both companies alleging that their products were defamed by Fox News and a number of Trump allies.

Up until now, MacCallum has not directly weighed in on Donald Trump's failed conspiracy to overturn the 2020 election.

However, just after the January 6 attack, which was largely incited by the former president's spurious claims of fraud, MacCallum called the riot "a huge victory for these protesters."

"They have disrupted the system in an enormous way!" she beamed during a broadcast at the time, later comparing the insurrection to a peaceful protest organized outside the residence of Sen. Josh Hawley, R-Mo.