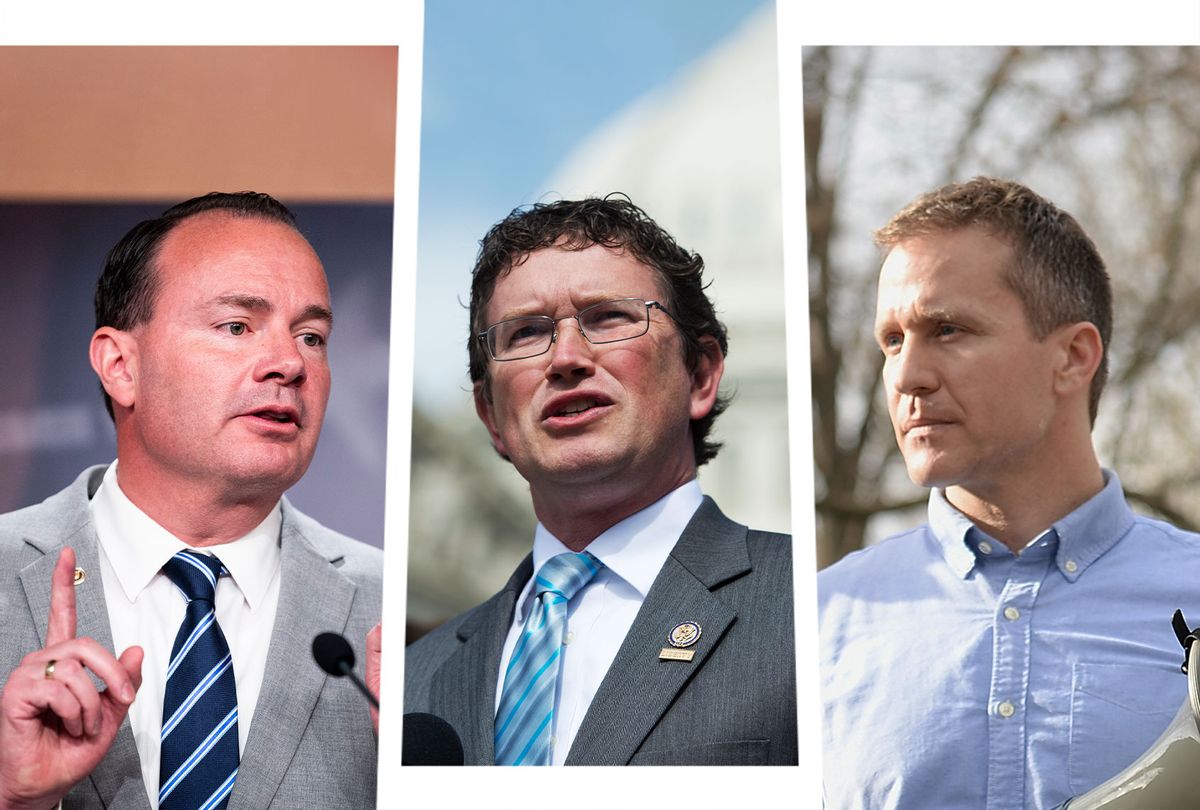 Republicans are bashing their own caucus in the Senate as more members of the party sign onto a bipartisan gun reform package in the wake of a devastating school shooting in Uvalde, Texas, that left nineteen children and two adults dead.

The right-wing outrage stems largely from a Tuesday Senate vote in which 14 Republicans and 50 Democrats approved modest legislation, dubbed the "Bipartisan Safer Communities Act," designed to crack down on America's epidemic of gun violence.

The 80-page bill would be the first gun legislation of its size in decades. It would, among other provisions, expand mental health support; require broader background checks for buyers under 21; enhance punishments associated with straw purchases; and add incentives for states to enact red flag laws, which allow law enforcement to confiscate firearms from any gun owners who present a danger to themselves or their community.

RELATED: New "steps in the right direction" with agreement on gun safety legislation

With the support of fourteen senators, the bill is highly likely to overcome a Republican filibuster, allowing the Senate to cast a final vote on the legislation this week.

But while the measure has significant bipartisan backing, the possibility of its passage has sparked the ire of numerous Republicans in both the House and Senate, leaving the party in a rare state of disunity on an issue that is sacrosanct.

"They didn't want anyone to actually review the text because this will be one of the most anti-2A laws ever passed," he tweeted. "We need new Senate leadership instead of these weak RINOs who cave to liberals every time."

"Call it what it is," he wrote over Twitter. "GUN CONTROL, specifically: an infringement on the rights protected by the 2nd and 4th amendments."

Other Republicans, like Sens. Mike Lee, R-Utah, and Marco Rubio, R-Fla., claimed that the bill's backers ran roughshod of Senate conventions by giving the Republican caucus insufficient time to review the bill. "Process matters," Massie said in a statement. "The American people deserve better from the world's 'greatest deliberative body.'"

The House GOP, for its part, is also expected to mount significant opposition to the bill. According to Punchbowl News, House Minority Leader Kevin McCarthy, R-Calif., and Minority Whip Steve Scalise, R-La., have already told the party that they will vote against the measure.

Still, as The Washington Post reported, the party does expect to see some defections.

One among them will no doubt be Rep. Tony Gonzalez, R-Tex., a Trump supporter whose district includes Uvalde. On Tuesday, Gonzalez called it his "duty to pass laws that never infringe on the Constitution while protecting the lives of the innocent."

"In the coming days I look forward to voting YES on the Bipartisan Safer Communities Act," he tweeted.