"Thanks for giving white life an edge," Illinois Republican says to Trump 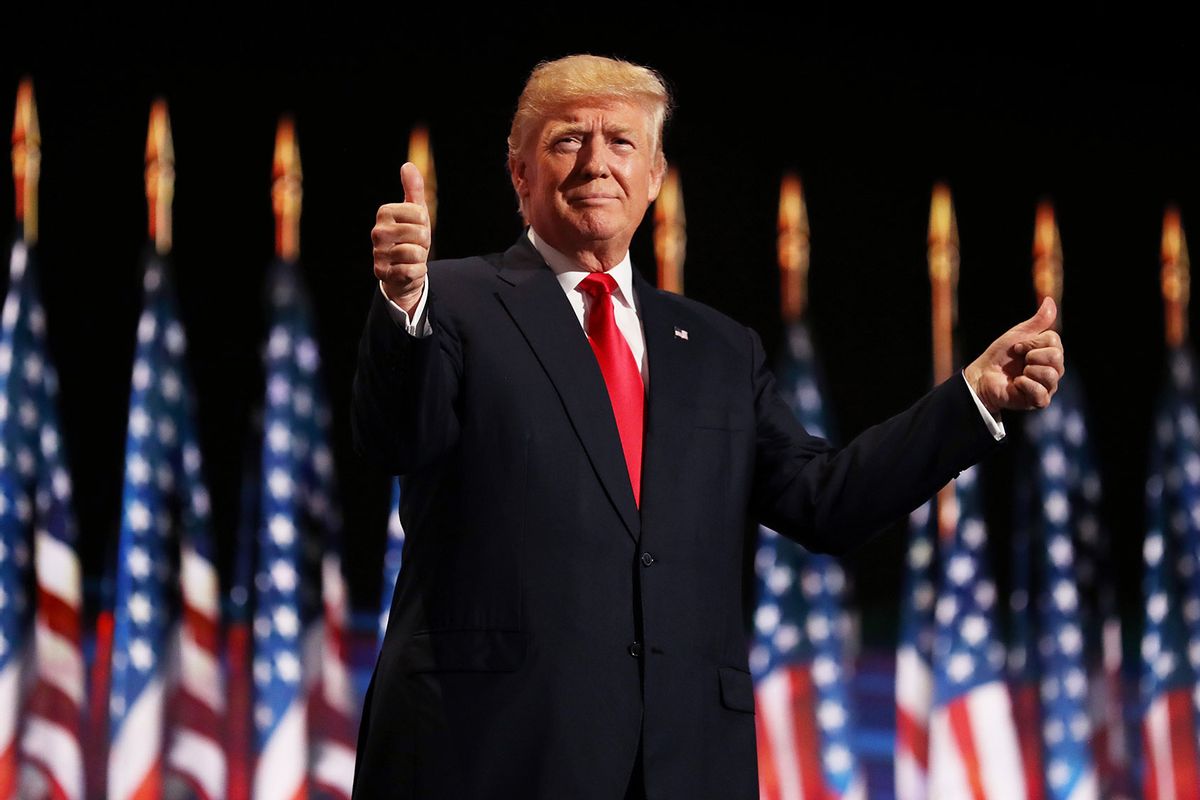 Donald Trump gives two thumbs up to the crowd during the evening session on the fourth day of the Republican National Convention on July 21, 2016 at the Quicken Loans Arena in Cleveland, Ohio. (Joe Raedle/Getty Images)
--

Rep. Mary Miller (R-IL) is being targeted for a comment she made Saturday night at a rally for Donald Trump.

Miller told the crowd how thankful she was for Trump appointing three Supreme Court justices that ensured the Supreme Court overturned Roe v. Wade. What followed, however, left people questioning whether she revealed herself to be a white supremacist or it was an accidental slip.

"President Trump, on behalf of all the MAGA patriots in America. I want to thank you for the historic victory for white life in the Supreme Court yesterday," she said.

She is up against Rep. Rodney Davis (R-IL) in a GOP primary on Tuesday.

See the moment in the video below: