"The individual, the male, is doing it ... quickly," said Yesli Vega, Republican running for Congress from Virginia 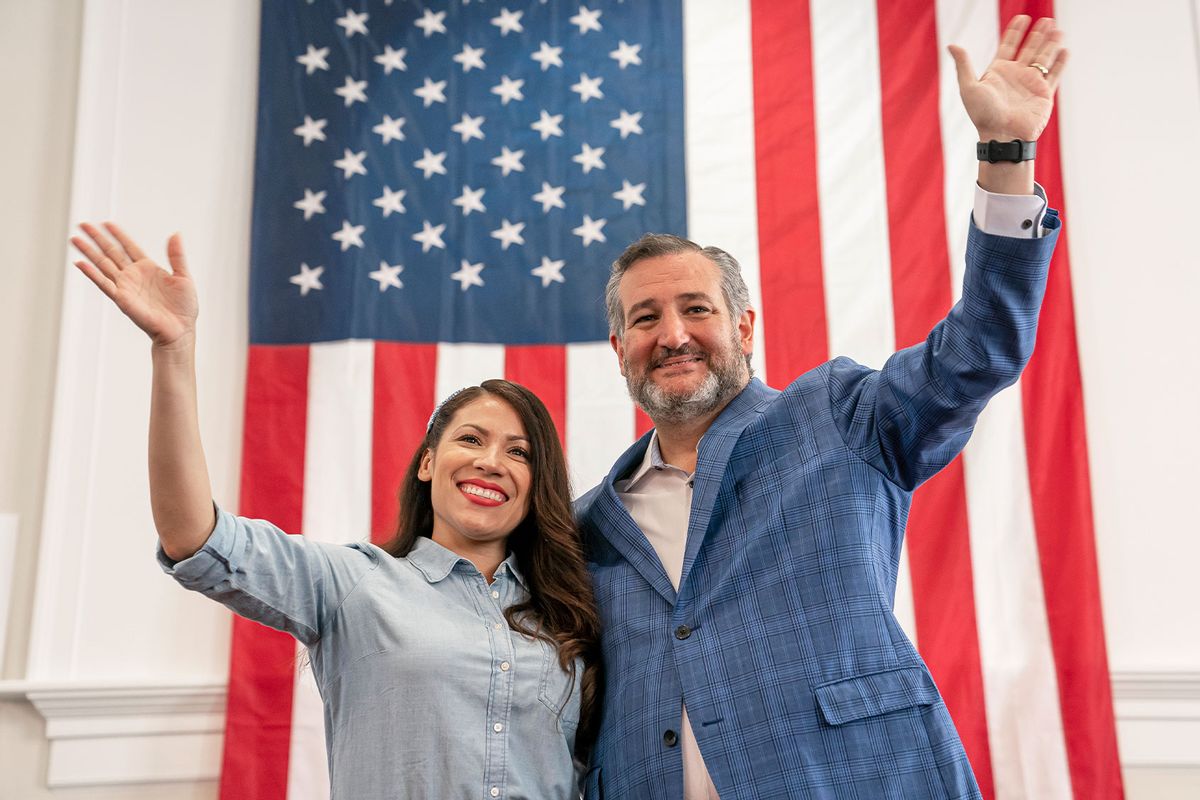 Yesli Vega, a primary candidate for the 7th Congressional District, and Sen. Ted Cruz (R-TX) wave to the crowd during a campaign event on June 20, 2022 in Fredericksburg, Virginia. (Nathan Howard/Getty Images)
--

A GOP congressional candidate running in Virginia expressed doubt last month around the possibility that a woman could get pregnant as a result of being raped, according to audio obtained by Axios.

Yesli Vega, who is running to unseat Rep. Abigail Spangerger, D-Va., downplayed the scenario during a campaign event in Stafford County, where she was reportedly asked to remark on the possibility of Roe v. Wade being overturned.

"The left will say, 'Well what about in cases of rape or incest?'" she asked rhetorically. "I'm a law enforcement officer. I became a police officer in 2011. I've worked one case where as a result of a rape, the young woman became pregnant."

An audience member then asked Vega, "I've actually heard that it's harder for a woman to get pregnant if she's been raped. Have you heard that?"

"Well, maybe because there's so much going on in the body. I don't know. I haven't, you know, seen any studies. But if I'm processing what you're saying, it wouldn't surprise me," Vega responded. "Because it's not something that's happening organically. You're forcing it. The individual, the male, is doing it as quickly – it's not like, you know – and so I can see why there is truth to that. It's unfortunate."

RELATED: Kentucky GOP overrides governor's veto to ban abortions — even in cases of rape or incest

Asked about the exchange, Vega's campaign did not deny her remarks.

"I'm a mother of two, I'm fully aware of how women get pregnant," she told Axios.

Vega's remarks fall in line with a vaguely-held belief amongst some Republicans that pregnancies from rape are not possible. This myth was trotted out as early as 2012, when former Rep. Todd Akin, R-Mo., baselessly alleged that the bodies of women subjected to "legitimate rape" had a way to "shut the whole thing down."

At the time, Rolling Stone noted, supporters of Akin claimed that he had been misinformed by an article published by the National Right to Life Committee President Dr. John C. Willke, who wrote that rape can "radically upset" a woman's "possibility of ovulation, fertilization, implantation and even nurturing of a pregnancy," making it less likely that she'd become pregnant.

RELATED: Todd Akin: I only said "legitimate rape" because it's an abbreviation and I'm a busy guy!

There is some evidence to suggest that extended periods of stress can negatively impact someone's ability to become pregnant. However, there is no biological mechanism within the body to prevent pregnancy during individual instances of rape.