“Today’s decision goes beyond merely misreading the record,” she said, adding that it does students a "disservice" 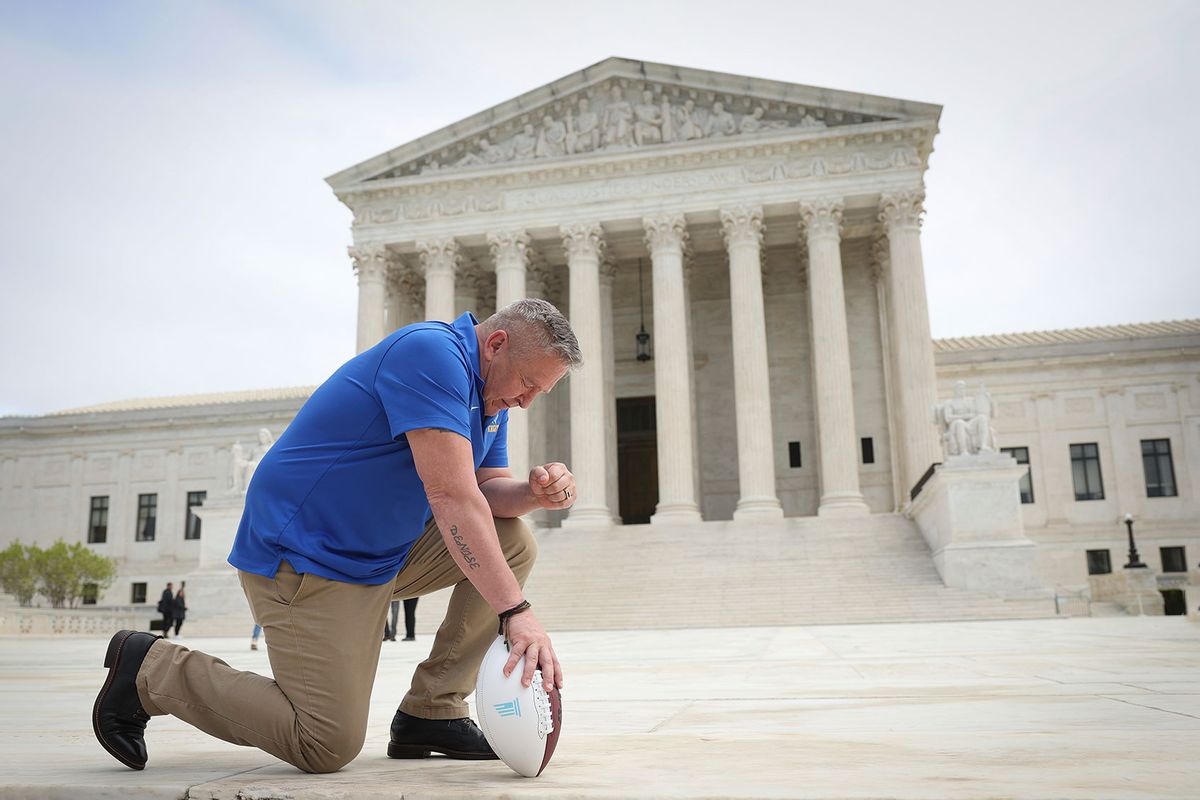 Liberal Supreme Court Justice Sonia Sotomayor on Monday accused her conservative colleagues of challenging "decades" of precedent surrounding the separation between church and state after the majority ruled in favor of a former Washington state high school football coach who repeatedly held post-game prayers with his team on the field.

"Today's decision goes beyond merely misreading the record," Sotomayor wrote in a blistering dissent. "This decision does a disservice to schools and the young citizens they serve, as well as our Nation's longstanding commitment to the separation of church and state."

The decision, handed down by a 6-3 vote, had the court splintered along ideological lines, with all three liberals in dissent.

In their concurring opinion, the court's conservative wing argued that the football coach, Joseph Kennedy, had engaged in a form of private speech, protected by the First Amendment. As a result, the court ruled, the school district's subsequent decision to prohibit Kennedy from praying violated the Constitution.

"Both the Free Exercise and Free Speech Clauses of the First Amendment protect expressions like Mr. Kennedy's," Justice Neil Gorsuch wrote in the majority opinion. "Nor does a proper understanding of the Amendment's Establishment Clause require the government to single out private religious speech for special disfavor. The Constitution and the best of our traditions counsel mutual respect and tolerance, not censorship and suppression, for religious and nonreligious views alike."

At the center of the court's discussion was whether Kennedy had the right to pray on the 50-yard line, which may have constituted a public display of religious faith. Throughout the court's proceedings, Kennedy claimed that his post-game prayers were personal expressions of faith and that he did not expect or require students to follow along. However, the court's liberal wing expressed doubt over whether his players might've felt coerced into joining him, largely due to his position as their authority figure.

RELATED: Separation of church and state? Let's get real — that's over. So what do we do now?

Last year, a federal appeals court sided with the school district, arguing that Kennedy's narrative was "deceitful," which Sotomoyaor echoed in her dissent.

"The record reveals that Kennedy had a longstanding practice of conducting demonstrative prayers on the 50- yard line of the football field," she wrote. "Kennedy consistently invited others to join his prayers and for years led student athletes in prayer at the same time and location. The Court ignores this history. The Court also ignores the severe disruption to school events caused by Kennedy's conduct."

Monday's decision is just the latest in the court's pattern of destroying the wall between church and state.

Last week, the judiciary ruled 6-3 that taxpayer money – used by Maine legislators to finance the state's tuition assistance program – could not be withheld from students attending religious schools. According to NPR, the decision effectively invalidated the policies of 37 different states preventing taxpayer funds from being directed to religious schools.