“It doesn’t look that bad”: Newsmax host calls out Giuliani as "assailant" gets charges downgraded 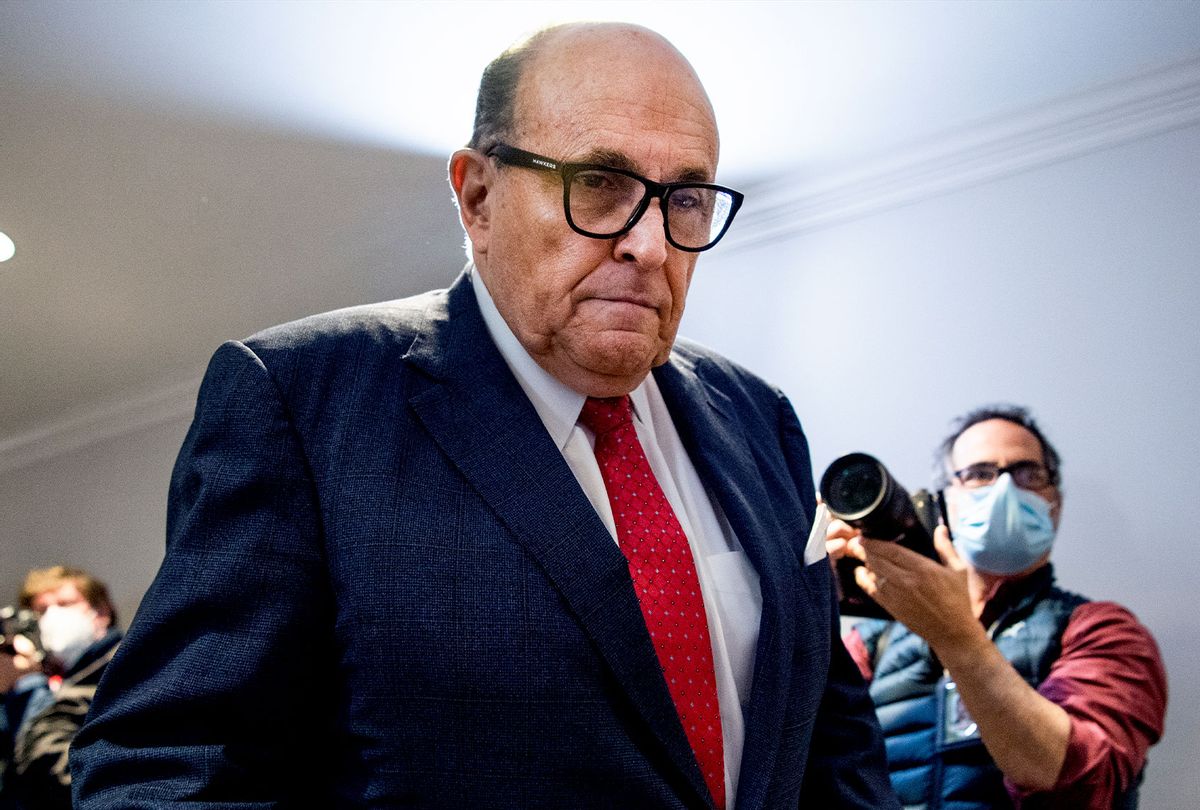 A host on the right-wing Newsmax network belittled Rudy Giuliani's claims that he was assaulted at a Staten Island grocery store.

The former New York City mayor called in to host Greg Kelly's prime-time program from a rally for his son's gubernatorial campaign, and they discussed an incident Sunday afternoon at a ShopRite, where an employee approached Giuliani, tapped him on the back and called him a "scumbag."

"I'm going to show the people what happened and you tell me, because let me see the video if you don't mind, uh, this person with the hand on your back, I've got to be honest -- it doesn't look that bad," Kelly said. "But I understand that looks can be deceiving."

The district attorney downgraded charges for employee Daniel Gill to third-degree assault, third-degree menacing, and second-degree harassment over the caught-on-camera confrontation inside the supermarket, but Giuliani insisted he could have been seriously injured.

"You know that that was that was the woman who was rubbing my back, not the guy," Giuliani said, as Kelly chuckled. "Are you watching? So the woman, that woman, uh, gave a statement to the police and the guy hit me so hard that she herself almost fell from the reverberation of it. She's a city worker. There's a second-grade detective there, that's the lady who helped me."

Kelly, who had been making skeptical and amused faces as Giuliani spoke, told the former mayor he was glad he hadn't been injured.