In some states, women will be forced to carry pregnancies with lethal fetal anomalies 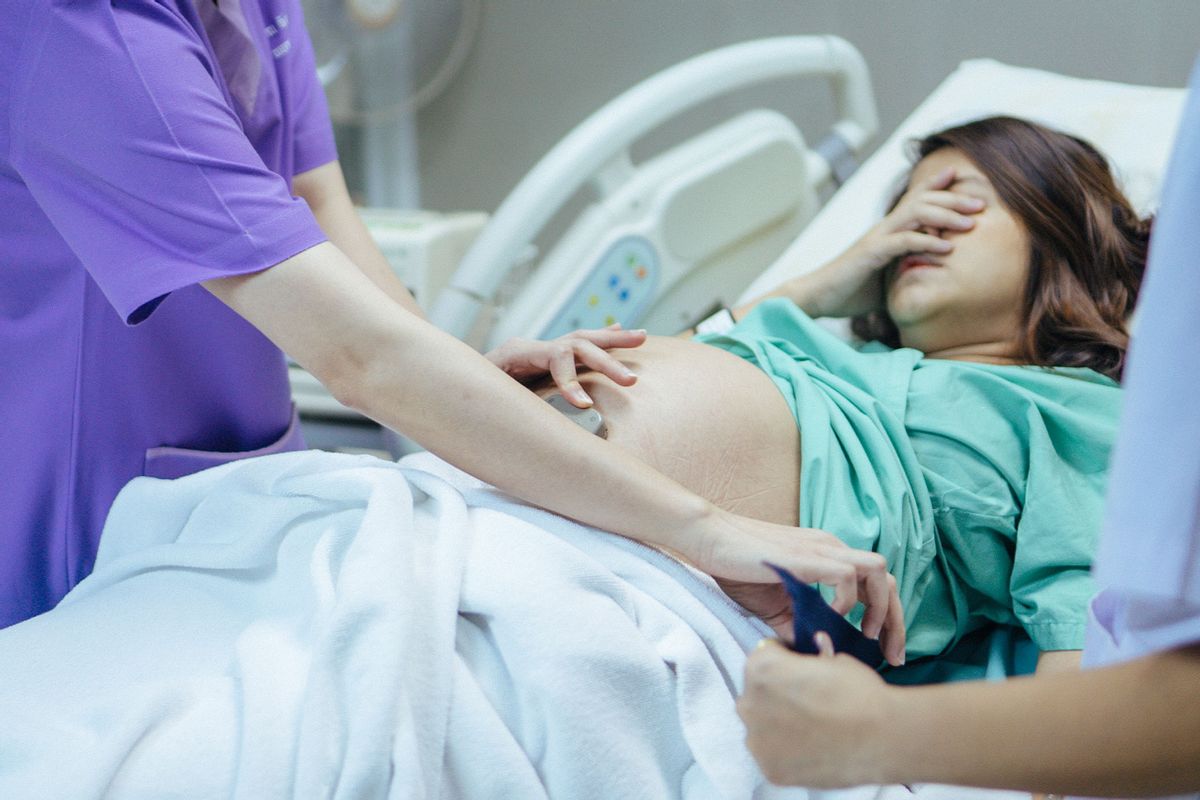 When news broke on Friday that the U.S. Supreme Court overturned Roe v. Wade, some states like Ohio rushed to put a six-week abortion ban in place. This means, as it stands, abortion is prohibited at six weeks of pregnancy for Ohioans. While there are exceptions in cases of life endangerment for the mother, although the language is vague, there are no exceptions for rape and incest.

What if an otherwise healthy pregnant person found out their fetus had a lethal fetal anomaly, and would not be able to survive outside of the uterus?

As a Cleveland-based maternal fetal medicine specialist and chair of the American College of Obstetrics and Gynecologists Ohio chapter, Dr. David Hackney said he felt like suddenly the legal ground had "entirely changed beneath my feet,'' as he started to play different scenarios in his head that could happen at work the next day. One particularly troubling one came to mind: what if an otherwise healthy pregnant person found out their fetus had a lethal fetal anomaly, and would not be able to survive outside of the uterus? Would that person be forced to carry that pregnancy to term knowing the fetus wouldn't survive?

RELATED: Are contraceptives next for SCOTUS?

"My understanding is that the law is quite clear that there are no exceptions, in addition to incest and rape, for lethal birth defects or congenital anomalies," Hackney said. "I think this is one of the things that I'm that I'm dreading most in the next several weeks because I'm the person who diagnoses birth defects, I'm the person who breaks horrible news to patients, and counsels patients about continuing the pregnancy or not."

Indeed, not all patients choose to terminate their pregnancies in this situation — but some do. Under the current abortion ban in Ohio, they won't have a choice. Instead of offering the option of termination, Hackney would have to refer a patient out of state to terminate the pregnancy if that was their decision. "But say somebody can't travel?," Hackney told Salon. "And it's not always just a financial issue, they may have kids, they may have a job." If travel wasn't an option, they'd be forced to carry the fetus to full-term and go through labor and delivery.

Hackney said going down the path of being forced to carry a fetus with a lethal anomaly would be an "unequivocal nightmare."

"I don't know if there's any other way to describe that, especially if you think of someone going through an entire pregnancy to term against their will for a fetus that is going to die," Hackney said. "They're going to be visibly pregnant during the third trimester, you can't really easily conceal it, you're going to get questions about it [...] and then you have to go through the labor process."

According to the Centers for Disease Control and Prevention (CDC), one in every 4,600 babies are born with anencephaly in the United States.

One example of this would be if a fetus is diagnosed with anencephaly, Hackney said, which is a type of neural tube defect when a baby is born without parts of their brain and skull. According to the Centers for Disease Control and Prevention (CDC), one in every 4,600 babies are born with anencephaly in the United States. Since there is no standard treatment or cure, the CDC states "almost all babies born with anencephaly will die shortly after birth."

"It's forced birth," Louise King, vice chair of ACOG's Committee on Ethics, told Salon, bringing up another example of a fetus with severe hydrocephalus, which is when the fetus has a large amount of fluid in the brain, which could mean there might be no likelihood of survival after birth. When this happens, since there's no fetal treatment, a fetus might die in utero. If the fetus doesn't, and as the pregnancy gets closer to full-term, sometimes the head is too enlarged that a vaginal delivery is no longer an option. "Even later in pregnancy, we'd offer to decompress the fetal skull and deliver vaginally to preserve the person's ability to avoid severe infection, but in these states [where abortion is banned], that option is not possible either, so no matter what with that scenario you're looking at forcing not only forcing someone to give birth, but forcing someone to undergo a surgical procedure."

As King alluded to, it's not just Ohio where this worst-case-scenario can become a reality. As of June 30, 2022, abortion is now banned in at least seven states, according to The New York Times' tracker. Since SCOTUS overturned Roe v. Wade, the 1973 ruling which had legalized abortion nationwide, the situation has remained fluid as some judges are moving forward to block abortion bans in states that are seeking to enforce them. However, about half of U.S. states are expected to allow bans or limit the procedure to some capacity in the coming weeks. None of the abortion bans at the moment have specific carve-outs for lethal fetal anomalies.

"It puts the pregnant person in such a terrible situation," Dr. Melissa Simon, an obstetrician gynecologist at Northwestern Medicine, told Salon. "That they have to carry the pregnancy to term no matter what happens, and that is not without consequence — regardless if there's a fatal genetic anomaly diagnosed in a fetus, carrying a pregnancy to term has risks regardless of the state of the baby, and that is just, it's a very unfortunate."

Meanwhile, back in Ohio, Dr. Hackney said he's concerned that even when a patient can be referred out of state, will the clinic have capacity to handle the influx?

"The patients who are the ones with anomalies, do they get to go ahead or do you engage in triage?" Hackney said. "And then there's a client ethical conundrum about that, and I can't even believe I'm talking about this, do you put the rape victims first, the incest victims first, what about the 21-year-old who doesn't want to be pregnant? These could be some of the issues that we could be facing."