Trump wanted to "neutralize" presidential chain of succession at the Capitol on January 6: expert

"Violence was part of the plan. It has to be in a coup," fascism expert Ruth Ben-Ghiat tells CNN 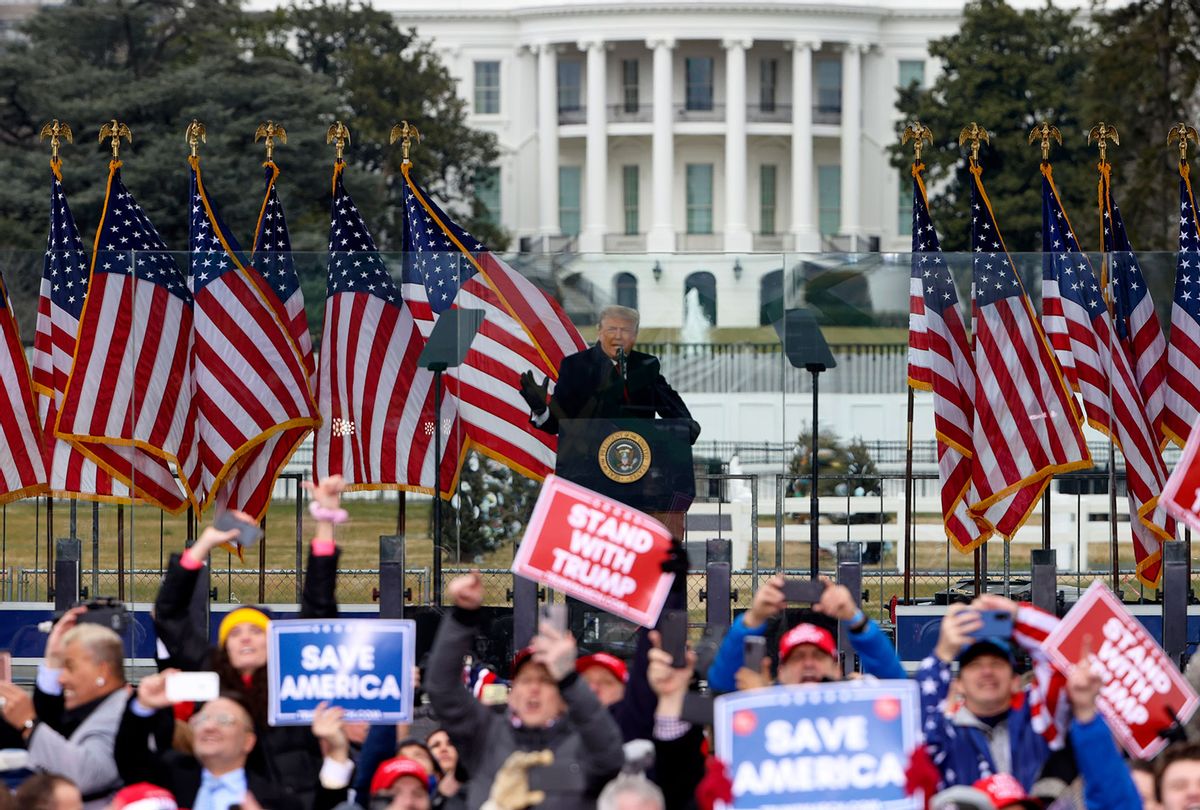 Fascism expert Ruth Ben-Ghiat provided fascinating insight — and a terrifying prediction about future Republican Party violence — when she was interviewed by CNN's Jim Acosta on Saturday.

On Tuesday, Trump White House aide Cassidy Hutchinson testified that on Jan. 6, Trump was "irate" when the Secret Service would not drive him to the Capitol and lunged for the steering wheel of his presidential limousine.

Acosta began that interview by noting that weeks before Hutchinson's testimony, Ben-Ghiat had informed his audience that Trump had to go to the Capitol for the phase of a coup where the new order would be announced. Acosta described her analysis as "almost clairvoyant."

"And we have since learned that Trump did try to go to the Capitol on Jan. 6, but his Secret Service stopped him," Acosta said. "Ruth, what is your reaction to everything we learned this week, including this new CNN reporting that seems to back up what Cassidy Hutchison was saying?"

"I'm really disturbed, not surprised, about the role of violence," the New York University professor replied.

"It was very telling to me that Trump said chief of staff Mark Meadows, who seems to have been like the control center of this operation, she said that when the violence broke out, he didn't seem concerned at all, and he didn't seem perturbed, and that's because violence was part of the plan. It has to be in a coup," she explained.

"That's also why Trump wanted the, you know, weapons detectors removed, and so the other thing that stands out is that not only did he want to be driven there to the Capitol and be at the head of this, you know, violent thug march into the Capitol, but Ms. Hutchinson testified that there were conversations about him entering the chamber," she continued. "And what that says to me is first, you know, you've neutralized the presidential chain of succession. They were going to do something to Pence, they were hunting Pelosi, Nancy Pelosi, speaker, and so he was going to also have fixed the problem with the electoral counts because Pence wasn't there, and then he was going to declare himself at the head of this violent mob in the chamber as a legitimate president, and that's where that phase of the coup would have ended."

"It's extraordinary what we're learning from these hearings," she said.

Acosta asked Ben-Ghiat to compare Trump to other leaders she has studied.

She said Trump, "and his party are behaving in a desperate way, and when autocrats think they're going down, they will do anything — and we've seen Jan. 6 — to stay in power. What's really extraordinary is how Trump, who came from outside politics, put the GOP in such a state of authoritarian subjection and discipline that the whole party is completely compromised. We're learning from these hearings just how many people were involved," she said.

"And unfortunately, I think we can expect more extremist behavior, aggressive behavior from the party because they are acting out of fear. They're guilty, and their coup failed, and they've been exposed to the world by these hearings, and so they are — they're in emergency mode," Ben-Ghiat warned.