Donald Trump, Macbeth and the ruins of the Republican Party

Even after testifying to Trump's crimes, leading Republicans might vote for him again. Shakespeare can explain 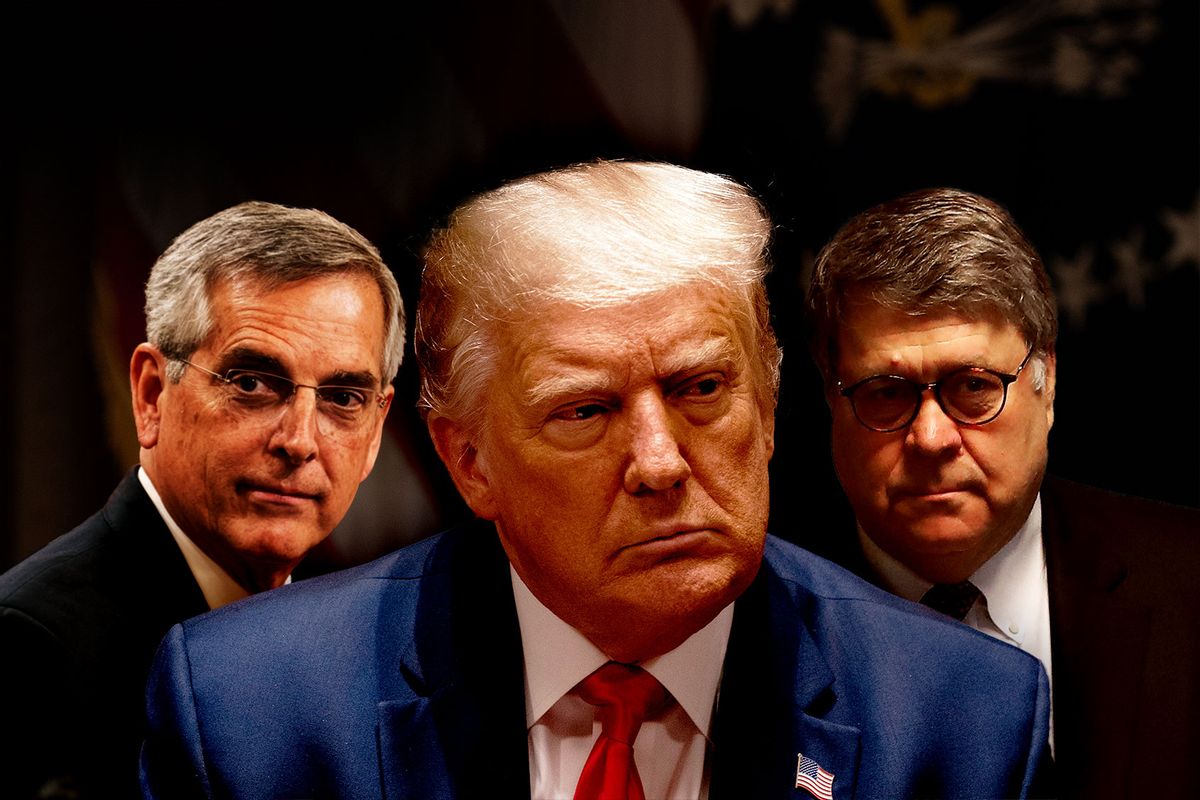 Toward the end of Shakespeare's tragedy "Macbeth," Malcolm (the good guy) decides to give his ally, Macduff, a very strange test.

Granted, Macbeth is the very embodiment of a murderous tyrant but, Malcolm says, he's even worse. Compared to himself, Macbeth "will seem pure as snow."

"What are you talking about?" Macduff responds.  So Malcolm gives him a few examples.

First, "there's no bottom, none," to his sexual appetite. Your wives, your daughters, your matrons, won't satisfy him. Macduff's response is, to say the least, surprising. That's OK, he says. Even though sexual rapaciousness has justified the "fall of many kings," nonetheless, "We have willing dames enough."

RELATED: "King Trump" dreams of a glorious return: It seems preposterous, but we laugh at our peril

So Malcolm ups the ante: avarice. He is so greedy that he'll steal everyone's land and jewels, and his "more having would be as a sauce / To make me hunger more." The more he has, the more he wants. He'll destroy everyone for wealth.

Macduff again responds: that's OK. Even though "this avarice / Sticks deeper" and kings have been offed for exactly this reason, Scotland has enough wealth. Better insane greed than Macbeth.

Finally, Malcolm pulls out all the stops, and insists that he's the worst person who ever lived, bar none. If he could, he'd "pour the sweet milk of concord into hell." He demands, "Is such a one fit to govern, speak." Finally, Macduff says that he's reached his limit: "Fit to govern? / No, not to live."

But the damage to Macduff's credibility is incalculable. If he's willing to replace Macbeth with a sex-crazed greedy monster, then how much difference is there between the good guys and the bad guys?

All three have good reasons for unqualifiedly repudiating Trump. Barr, the former attorney general, has said that Trump's belief that he won the election suggested that the then-president was "detached from reality." Bowers, the speaker of the Arizona House of Representatives, was subjected to numerous calls from Trump pressuring him to replace Arizona's Biden electors with Trump ones, a scheme he described as illegal and unconstitutional. As for Raffensperger, Georgia's secretary of state, Trump asked him to "find 11,780 votes," and when Raffensperger refused, Trump said that standing by the election results was "a big risk to you" and "a criminal offense."

Yet all three of these men have said that they would vote for Trump again if he's the Republican nominee in 2024. Even though Barr says he would prefer someone else, he pledged to vote for Trump if the twice-impeached ex-president winds up on the ballot. Bowers said the same: "If he is the nominee ... I'd vote for him again." Raffensperger was more evasive, refusing to rule out voting for Trump while not explicitly saying that he would.

How is this possible? How can Barr think that someone who is "detached from reality" should have his finger on the nuclear trigger? How could Bowers, who expressed nothing but contempt and disgust for Trump when he testified before the Jan. 6 select committee, nonetheless affirm his intention to vote for Trump all over again if he's the nominee? How could Raffensperger, whom Trump literally threatened with prosecution and imprisonment, avoid saying that he had no intention of ever voting for him again?

The answer is that they are rather too much like Macduff: Better Trump, with all his flaws (in their view) than Joe Biden or the liberals. While Raffensperger did not offer specifics, the other two were quite open about their reasons.

For Barr, Trump may be deranged and delusional, but the Democrats are worse: "I believe that the greatest threat to the country," he said, "is the progressive agenda being pushed by the Democratic Party."

How can Bill Barr believe that someone who is "detached from reality" should have his finger on the nuclear button? How can Rusty Bowers believe that Trump's pre-pandemic record "was so good for the country"?

Bowers thinks that Trump's pre-COVID record was terrific: he will vote for him "[s]imply because what he did the first time, before COVID, was so good for the country." That category of "what he did," let us remember, includes the family separation policy, which the House Judiciary Committee described as "driven by an Administration that was willfully blind to its cruelty and determined to go to unthinkable extremes to deliver on political promises," an effort to ban all Muslims from entering the United States, and the assertion that there were "very fine people on both sides" after antisemites and white supremacists rioted in Charlottesville.

Even worse, these mini-Macduffs are not isolated examples. Even though Cassidy Hutchinson's testimony seems to have shaken Trump's support among at least some top-level Republicans (former White House chief of staff Mick Mulvaney told Fox News host that Trump's encouragement of an armed mob to march on the Capitol "certainly changes my mind"), those seem to be the exception rather than rule. House Republicans who voted for impeachment, or for establishing the Jan. 6 committee, faced severe blowback during their primaries. Polling shows that Republican voters continue to support Trump, by and large, and in many cases (though not all) are likely to punish Republicans they consider disloyal.

Shakespeare's point in "Macbeth" is to show how little separates the murderous Scottish tyrant from the people who want to replace him, and that Malcolm and Macduff are hopelessly compromised. The same lesson applies here. The fact that so many, including Barr, Bowers and Raffensperger, continue to support Trump even though they understand full well that he inspired an insurrection and tried to suborn them into subverting the election, shows the depths to which the Republican Party has fallen.

To disagree with Democratic policies or priorities is legitimate politics, of course. But if Republicans prefer an unprincipled and possibly treasonous liar who is, in Barr's words, "detached from reality" — even when they know exactly who he is — then which party poses the greater danger?

Read more from the continuing saga of America's 45th president:

Peter C. Herman is professor of English literature at San Diego State University. He has published on Shakespeare, Milton and the literature of terrorism. His most recent book is "Unspeakable: Literature and Terrorism from the Gunpowder Plot to 9/11" (Routledge, 2020).