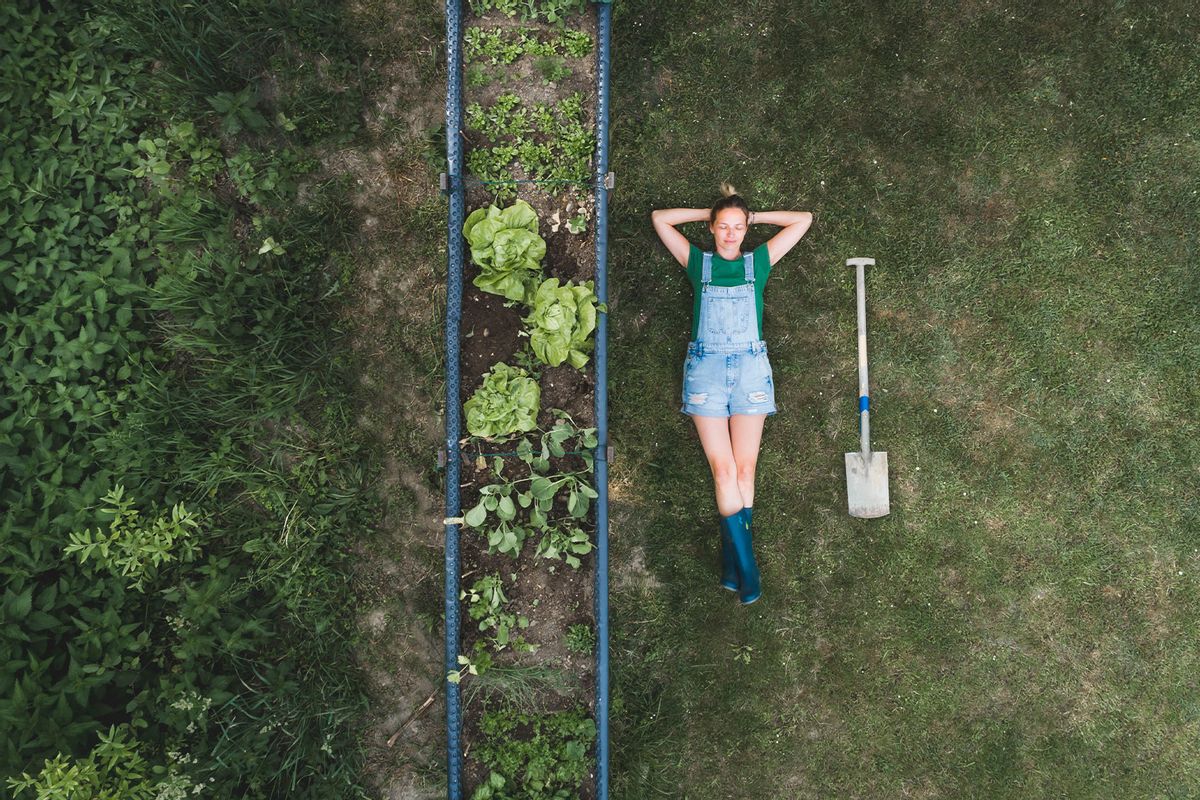 Other children used to hate weeding, but not me. In particular I enjoyed wielding a weeding fork, jamming its spikes deep into the earth and yanking them back out. There would be the soft snapping sound of roots as they were dislodged and broken, and a faint moist aroma as soil sprayed from the earth. After I pulled out every last trace of the weed and patted the soil back down, I was covered in dirt, sweat, plant juices — and a sense of accomplishment.

I might even go so far as to describe such an experience as therapeutic. Certainly, as a new study in the scientific journal PLOS One makes it clear, mental health professionals have good reason to consider the possibility that gardening — as well as making art, which is well-known to anyone familiar with the current art therapy craze — can be a potent mental health treatment.

RELATED: "My face looked wrong": What it's like living with body dysmorphic disorder

"Engaging in both gardening and art-making activities resulted in apparent therapeutic improvements for self-reported total mood disturbance, depression symptomatology, and perceived stress with different effect sizes following eight one-hour treatment sessions," explained the authors after elaborating on how 42 healthy female volunteers were randomly assigned to parallel gardening and art-making groups for the experiment. "Gardening also resulted in improvements for indications of trait anxiety."

Because the sample size was so small, the PLOS One study obviously cannot be the final word on the subject of whether gardening helps with mental illness. Study co-author Charles L. Guy, an environmental horticulture professor at the University of Florida, acknowledged as much when speaking with Salon by email.

"The best evidence can be found in meta-analyses, which are studies that collect a set of similar studies (usually with small participant numbers) on a given topic statistically pooling the results from the included studies thereby producing a more robust determination of treatment outcome results," Guy wrote to Salon. Guy mentioned six different meta-analysis studies over the years that shown "that gardening or horticultural therapy provides therapeutic benefits including mental health benefits." Together, he argued that the studies provide evidence that is "compelling, but still insufficient compared to most medical practices based on unequivocal clinical trials."

He added, "What gardening, however, does have, is literally millions of anecdotal accounts of self-perceived therapeutic benefits. I say from an experimental medical science perspective that the therapeutic benefits of gardening are hiding in plain sight, waiting to be tested and demonstrated scientifically."

"A misconception that many may have is that gardening is something simple. It is not. It is a complex activity and in an experimental sense, it is a very complicated form of treatment."

More and more scientists are trying to provide those scientific demonstrations. Last year, a paper in the journal Urban Forestry & Urban Greening found that Italians who practiced gardening to cope with COVID-19 related anxiety reported "lower psychopathological distress through decreased COVID-19 related distress." More recently, scholars from several Michigan colleges interviewed a mainly African American sample of 28 gardeners in Detroit; their findings, published in the International Journal of Environmental Research and Public Health, were quite simply that people who gardened "reported that gardening improved their mood, relieved stress, was an important part of their spirituality, contributed to their personal growth, and provided an opportunity for helping others. These findings suggest that gardening may improve physical and mental health among diverse groups."

This does not mean, however, that anyone should feel comfortable just picking up a weeding fork and digging into the earth.

"Gardening as we provided it in our study was well planned and organized just as horticultural therapy is a highly designed and planned treatment," Guy pointed out. "A misconception that many may have is that gardening is something simple. It is not. It is a complex activity and in an experimental sense, it is a very complicated form of treatment."

Yet even though gardening itself is complex, the human connections with plants is as fundamental as our very history.

"Over the course of our evolution, we were surrounded by plants that have always provided a significant portion of our nutritional needs long before agriculture, provided a place to dwell, shelter, and protection from the elements and animals that might hurt us," Guy told Salon. "Even in our modern world, plants are central to our general health and wellbeing."