For these intrepid gardeners, every seed counts 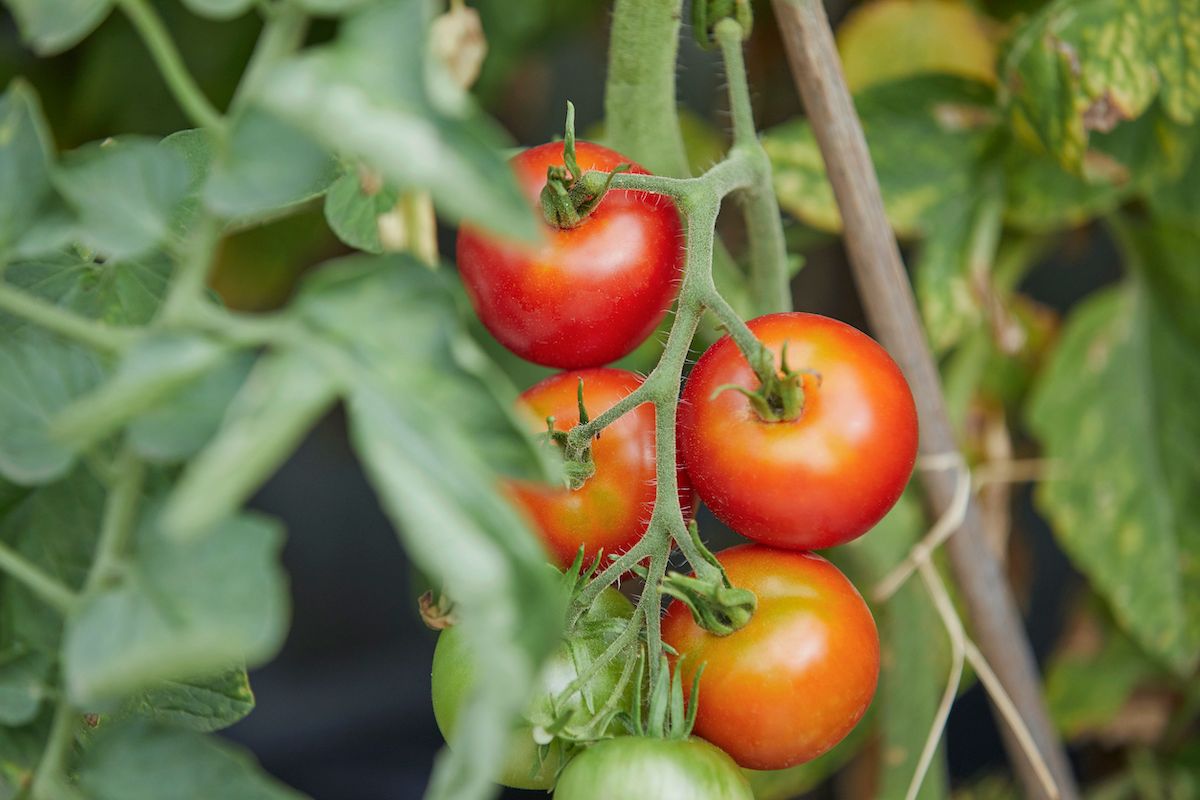 You can Grow Your Own Way. All spring and summer, we're playing in the vegetable garden; join us for step-by-step guides, highly recommended tools, backyard tours, juicy-ripe recipes, and then some. Let's get our hands dirty.

"Badenjan Sesame" eggplant from Kandahar; black Hungarian' hot pepper from Kiskenfelegyhaza, Hungary; tomato from Isfahan, Iran — combing through the seed catalog on the Experimental Farm Network website is like getting a crash course in genetic seed diversity. Since its inception in 2013, EFN has been on a mission to preserve and expand biodiversity in crops. Nathan Kleinman and Dusty Hinzco, who first met via the Occupy Wall Street movement, co-founded the nonprofit cooperative to facilitate collaboration in plant breeding. For them, seeds aren't just a way to put food on the table, they support displaced communities, promote food justice, and ensure a better future for all.

Even the sale of these seeds for profit — one part of their endeavor — is mission driven: The company uses sales to support research as well as distribution and growing. "It's essential to get them into the hands of the people and communities from which they came," says Kleinman. This is in sharp focus at a time when war, famine, and environmental destruction threatens so many communities, forcing immigration and loss of homeland. Kleinman's own ancestors hailed from Odessa in Ukraine, and he has spent the last few months combing through about two dozen varieties of seeds from the country: sunflowers and calendula from Odessa and squash from Kryvyi Rih (where Volodymyr Zolensky is from). "We will use them to grow these crops and multiply as much as we can to preserve them for when the war is over. Rematriation of seeds is an important part of what we strive to do," he says.

Over a lengthy conversation with Kleinman over the phone, it became apparent that the work of the seed-growers of EFN is not just commendable, it's critical. Here, a condensed version of all we spoke about, from the origins of their movement to how they're building seed hubs across the country, and the sometimes-murky ethics of seed collection.

Arati Menon: How did your work in seed preservation and collaboration begin?

Nathan Kleinman: The genesis of the project was in 2013; I had been doing hurricane recovery work with Occupy Sandy for about a year, and was attending a talk by Eric Toensmeier about combating climate change while conserving soil and preserving ecosystems. Part of what he spoke of was the struggle around developing perennial global grains, which are far more environmentally friendly than annuals — we need to grow more perennials to trap carbon in the soil. The primary issue is that people have been working in silos, being proprietary with their seed. We figured if we developed a way to get people collaborating together in a broad-based, decentralized way, we might be able to drive innovation and get some of these perennial grains to a point where they're available as viable options for farmers.

It was really the experience of Occupy Sandy as a grassroots movement, which successfully mobilized thousands of volunteers very quickly for disaster relief, that made me think: What if we applied the same ethos and effort towards developing perennial agriculture?

How have you gone about building seed hubs across the country?

We knew early on that even if we identify climate change as an overriding issue of our times, there are also fundamental justice issues that impact how we eat and how we treat our environment and fellow human beings. We've worked with urban farms in Philadelphia doing what we could with historically oppressed communities. At the onset of the pandemic, we also developed a cooperative garden project, collecting seeds from companies and organizations and distributing them for free to anybody who requests them.

The model from the beginning has been a decentralized one where we ask individuals and organizations to host local hubs in their community. All they have to tell us is who they serve, how they will serve them, and which seeds are important in their communities. Most organic small-scale seed companies have risen to the occasion, providing seeds. As of last year we have over 300 seed hubs.

Where do you get your seeds from?

We get a lot of our seeds from the U.S. Department of Agriculture seed collections, which, for a century and a half, have come from around the world. Few know that these seeds are actually available to anyone in this line of work; there are probably over a million varieties, and they are adding new things to it all the time. But much of the important work that the USDA does is dependent on adequate funding from the Congress, and that's constantly in peril.

Tell us about your work in cultural preservation.

That realization helped to inspire one of our community organizers in Maryland to start a new farming alliance called UJAMAA. Originally a youth-led project aimed at supporting local black growers in South Maryland, the vision grew into a BIPOC-centered collective that intends to increase the availability of culturally meaningful seeds, with a strong focus on Black, Asian, and Indigenous crops. The idea being to provide opportunities and support for growers from historically oppressed and marginalized communities.

You've mentioned rematriation efforts. Tell us more about it.

My heritage is Eastern European Jewish, so I understand at a personal level what it's like for a culture to be wiped off the map. I realized going through seed collections over the years, there were seeds from places that are hotbeds of violence and instability. One of the first I found were seeds collected in Kandahar in the mid-20th century. I've located seeds from Homs and Aleppo in Syria, a town in South Sudan . . . A major part of our mission is reproducing them and working to return to their communities. The process is called rematriation, because in most traditional cultures, women are the keepers of seeds. This is a long process that's never that simple, but there's so much need for it.

There's also a real need to continually get seeds from the wild, like native medicinal plants, because so many are at risk of loss from invasive plants and deforestation.

How do you spread the good work?

Ours is a collaborative industry: We trade seeds with one another and share notes, all working together to preserve biodiversity. We created EFN as an open source platform to facilitate that kind of collaboration and it's still the foundation of what we do.

At EFN anybody can host a project and sign up as a volunteer for a project. In a small garden at home you could be growing out seeds for a pathbreaking project, and it only involves some observation and patience and record-keeping. Some of our first volunteers are now growers who produce seeds that we sell in our catalog. We decided early on that we did not want to rely on grants and major donors, so we created a seed company to fund our work. It's also a critical part of the work because it's important to get them out there. There's no point to them sitting in a freezer in a USDA bank in Iowa.

Let's talk about the ethics of seed collection . . .

We've been thinking a lot about the ethics around collection. Our work is a response to the recognition that much of seed collection is a result of imperialism. We're interested in developing a new model of collection that's not purely extraction but is reciprocal. Everywhere that I collect, I make sure to collect contact information to be transparent. If we commercialize any, I have every intention to offer royalties to these people.

So many crops that we think of as European have roots in the Global South or the Middle East or North or South America. One of the major symbols of the Ukraine war has been the sunflower, and sunflowers were domesticated by Native Americans in North America. We think of tomatoes as Italian, but they're from South America. It's important to make the effort to tell the whole story of these seeds with the original name, in the original language, because it's deeply meaningful to someone.